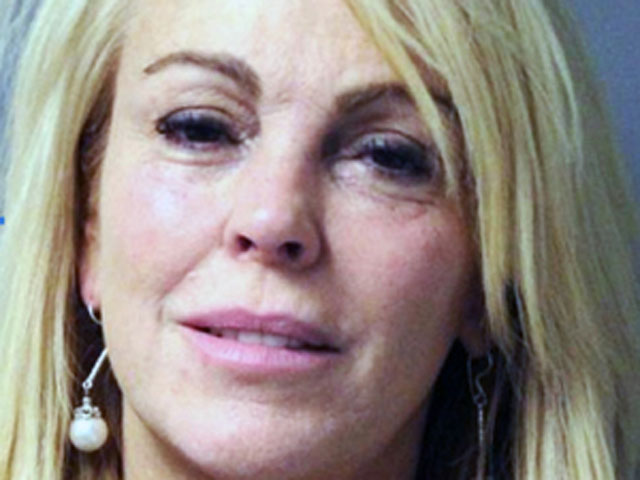 PICTURES: Lindsay Lohan in trouble with the law

The 50-year-old Lohan was driving a white BMW on the Northern State Parkway in Oyster Bay at around 11 p.m. when she was pulled over for going 77 mph in a 55 mph zone, police say.

A breathalyzer test revealed Lohan had a blood alcohol concentration of .20%, more than twice the legal limit of .08, police said.

She was arrested on a charge of DWI and aggravated DWI, according to the station.

After being taken to the State Police barracks in Farmingdale for processing, Lohan reportedly made an allegation that she was injured during the course of the arrest.

State Police subsequently called an ambulance to have Lohan evaluated. They reportedly found no injuries and she recanted her claim, police said.

Lohan was later released to a sober third party and is scheduled to appear in court in Nassau County on Sept. 24, reports the station.

Lindsay Lohan, 27, has been plagued by legal and substance abuse problems. She completed her latest court-ordered stay in rehab in July.

In an interview with Oprah Winfrey that aired in August, the younger Lohan acknowledged an addiction to alcohol, which "in the past was a gateway to other things for me." She went on to say she's "in a different head space" and vowed to stay "present and clear-headed and focused."