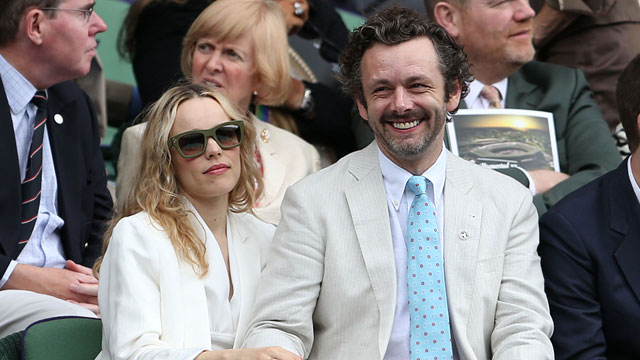 After two years of dating and loads of engagement rumors, a report has surfaced that Rachel McAdams has split from her "Midnight In Paris" co-star Michael Sheen.

McAdams, 34, and Sheen, 44, began a romance in Oct. 2010 after meeting on set of Woody Allen's movie, and according to Us Weekly, the couple recently decided that it was time to call it quits.

RELATED: Who else broke up this week?

No word on what could have caused this alleged breakup but the couple does have a long-distance relationship. McAdams resides in Toronto, Canada, while Sheen bounces between Wales and Los Angeles.

This wouldn't be the first high-profile breakup for the stars. The actress broke off her engagement to her "The Notebook" co-star Ryan Gosling in 2007, while Sheen called it quits with the mother of his child, actress Kate Beckinsale, after an eight-year relationship.