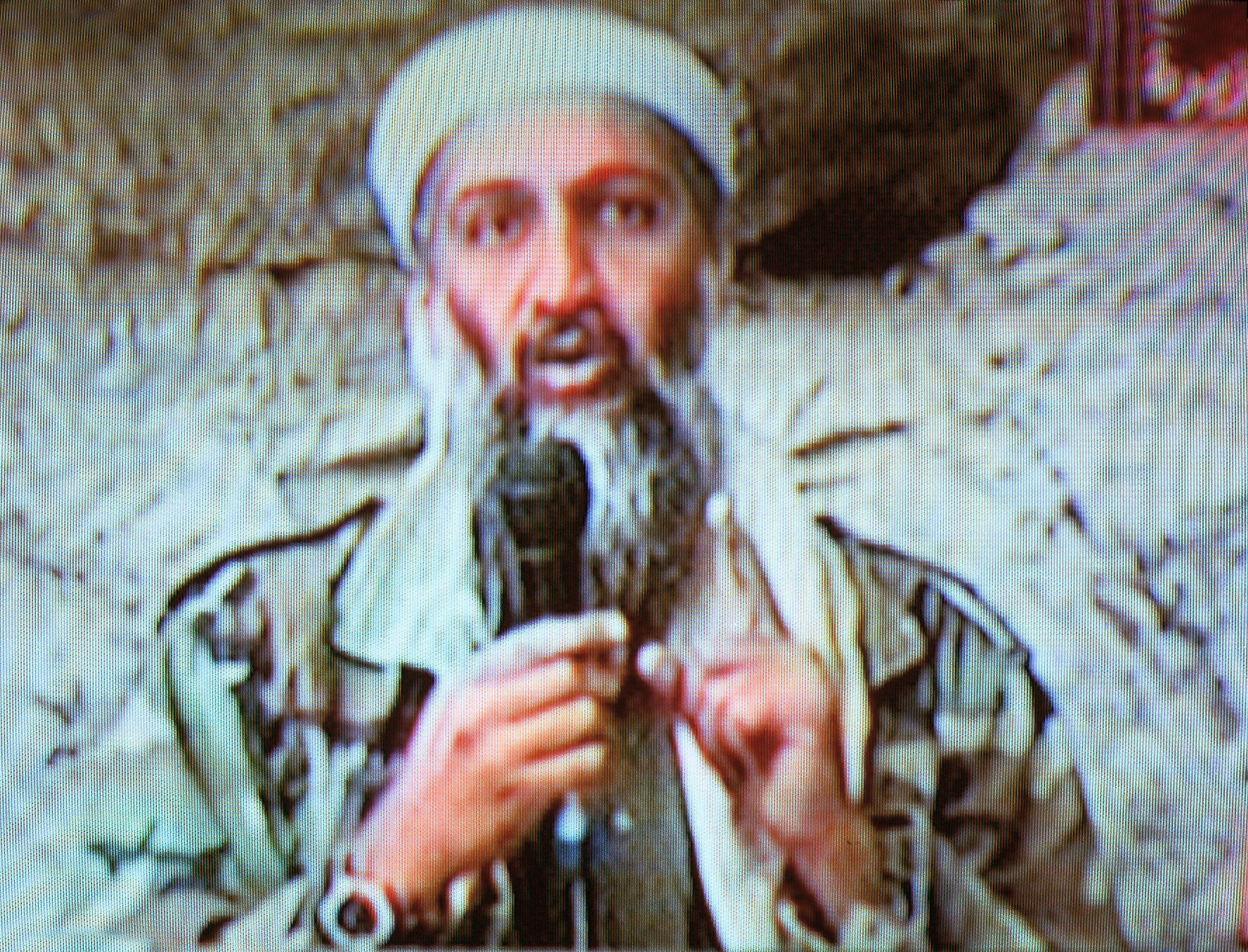 WASHINGTON - After Osama bin Laden was killed by Navy Seals during a May 2011 raid, high-level CIA officials secretly told lawmakers that some of the crucial information that led to the operation was gained during interrogation sessions of detainees who were subjected to enhanced interrogation methods.

Then-CIA Director Leon Panetta repeated that assertion in public, and it found its way into a critically acclaimed movie about the operation, "Zero Dark Thirty," which depicts a detainee offering up the identity of bin Laden's courier, Abu Ahmad al-Kuwaiti, after being tortured at a secret CIA interrogation site. As it turned out, bin Laden was living in al-Kuwaiti's walled family compound, so tracking the courier was the key to finding the al-Qaida leader.

But the CIA's story, like the Hollywood one, is just not true, the Senate report on CIA interrogations concludes in a 14,000-word section of the report's public summary.

"A review of CIA records found that the initial intelligence obtained, as well as the information the CIA identified as the most critical or the most valuable on Abu Ahmad al-Kuwaiti, was not related to the use of the CIA's enhanced interrogation techniques," the Senate investigation found.

"It is impossible to know in hindsight whether we could have obtained ... the same information that helped us find bin Laden without using enhanced techniques," the agency said in its written response.

The separate Republican report, which systematically refutes the points made in the Democratic report, draws a similar conclusion, saying that the intelligence collected during the interrogation sessions included intelligence that led to the bin Laden raid.

The Senate report, released Tuesday, attempts to methodically debunk the CIA's case. Investigators found that the CIA repeatedly mischaracterized to congressional oversight committees what information about al-Kuwaiti and bin Laden came from detainees after they were brutally interrogated, and that in many cases, they discussed the courier before being subjected to rough treatment.

The report also points out that the CIA didn't receive any information from CIA detainees on al-Kuwaiti until 2003. Yet by the end of 2002, the CIA had gathered significant information about al-Kuwaiti and his close links to bin Laden, including:

- His phone number: In March 2002, his phone number was in al-Qaida detainee Abu Zubaydah's address book under the heading "Abu Ahmad K." In June 2002, a person using the identified phone number and believed at the time to be "al-Kuwaiti" called a number associated with Khalid Sheikh Mohammed, the self-proclaimed 9/11 mastermind.

- His email address: In September 2002, the CIA received reporting on al-Kuwaiti's email address from a detainee in foreign custody. When Mohammed was captured in March 2003, an email address associated with al-Kuwaiti was found on his laptop.

- His association with bin Laden: In April 2002, the CIA linked al-Kuwaiti to a phone number associated with one of bin Laden's sons. And on June 25, 2002, the CIA received reporting from another detainee in the custody of a foreign government, known as Riyadh the Facilitator, that al-Kuwaiti may have served as a bin Laden courier.

In its response, the CIA said the intelligence "was insufficient to distinguish al-Kuwaiti from many other bin Laden associates until additional information from detainees put it into context and allowed CIA to better understand his true role and potential in the hunt for bin Laden. As such, the information CIA obtained from these detainees did play a role - in combination with other streams of intelligence - in finding the al-Qaida leader."

The CIA also said that two detainees, Ammar al-Baluchi and Hassan Ghul, provided crucial information. Al-Baluchi, after undergoing enhanced interrogation techniques, "was the first detainee to reveal what apparently was a carefully guarded al-Qaida secret - that Abu Ahmad served as a courier for messages to and from bin Laden," the CIA said.

Ghul, after brutal interrogations, stated that Abu Ahmad al-Kuwaiti passed a letter from bin Laden to another operative in late 2003, the CIA said.

Senate investigators counter that al-Baluchi recanted information he gave after undergoing harsh interrogations, then went back and forth about whether al-Kuwaiti was a bin Laden courier.

As for Ghul, he offered "the most detailed and accurate intelligence collected from a CIA detainee" on al-Kuwaiti's links to bin Laden before the agency began using harsh techniques against him, investigators found.

Before he was roughed up, the report says, Ghul speculated to a CIA interrogator that bin Laden "likely has maintained a small security signature of circa one or two persons," and that "Abu Ahmed likely handled all of UBL's needs, including moving messages out."

That turned out to be accurate. Bin Laden was living with his wife and two other families, including al-Kuwaiti's.

The next day, Ghul was "shaved and barbered, stripped and placed in the standing position against the wall" with "his hands above his head" for forty minutes.

He then was subjected to 59 hours of sleep deprivation, which led him to begin hallucinating. He also experienced "mild paralysis" from the stress positions.

He provided "no actionable intelligence" during or after the treatment, the report says.

But the CIA maintains the information was useful. The information obtained from detainees in CIA custody "fundamentally changed our assessment of his potential importance to our hunt for Bin Ladin," their report said.

A longtime CIA operative, Charlie Allen, echoed that point on CBSN Tuesday, saying that the enhanced interrogation techniques were "crucial to our understanding of the threat and to thwarting plots directed against the United States, both here and abroad."

"I have 47 years at CIA and I've held senior positions for many of those years, and I can assure you that this information was invaluable, critical to our ability to support policymakers, and to support the military, to support our special forces, to support our actions in Iraq and Afghanistan, and support our efforts in the tribal areas of Pakistan where Osama Bin Laden and others fled after September the 11th," Allen said.

After "Zero Dark Thirty" was released in 2012, Sens. Dianne Feinstein, D-California, Carl Levin, D-Michigan and John McCain, R-Arizona, wrote to Sony CEO Michael Lynton to say the movie included "grossly inaccurate and misleading in its suggestion that" methods of torture were used to locate bin Laden.

"We are fans of many of your movies, and we understand the special role that movies play in our lives, but the fundamental problem is that people who see Zero Dark Thirty will believe that the events it portrays are facts. The film therefore has the potential to shape American public opinion in a disturbing and misleading manner," the senators wrote. "'Zero Dark Thirty' is factually inaccurate, and we believe that you have an obligation to state that the role of torture in the hunt for Usama Bin Laden is not based on the facts, but rather part of the film's fictional narrative."