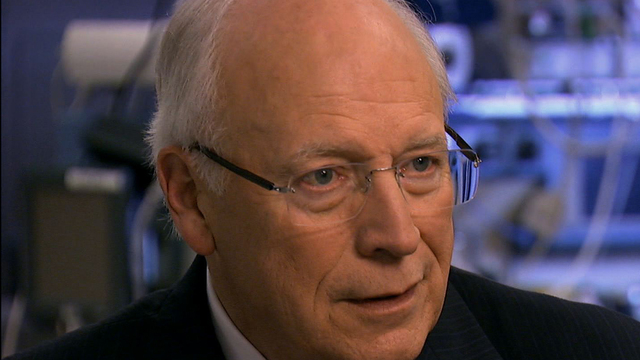 "I think this whole notion that somehow we can just say no more Muslims, just ban a whole religion, goes against everything we stand for and believe in," the conservative Republican said on the conservative Hugh Hewitt radio show.

Trump's campaign earlier that day released a statement declaring that the GOP front runner was calling for "a total and complete shutdown of Muslims entering the United States until our country's representatives can figure out what is going on" regarding Islamic extremism. Several Democratic and Republican presidential candidates were quick to denounce the idea as outrageous and divisive.

Trump's GOP opponent Rick Santorum, the former senator from Pennsylvania, also appeared on the Hugh Hewitt show on Monday. He said he opposed Trump's idea but understands why Trump has suggested it.

"I wouldn't support a ban on all Muslims coming into this country, but what I would say is that this administration has proven that they're vetting techniques are sorely lacking, and it's not surprising because they don't believe that Islam is a problem," he said. "And I'm sure, I don't know, but I suspect that they may not be asking the right questions of people who are going through this vetting process. So I understand why Donald Trump is saying what he's saying."

A few other GOP officials, like Cheney, took a harder line against Trump's proposal.

Jennifer Horn, chairman of the New Hampshire Republican Party, released a strong statement rebuking the 2016 candidate: "There are some issues that transcend politics. While my position is certainly political, I am an American first," she said. "There should never be a day in the United States of America when people are excluded based solely on their race or religion. It is un-Republican. It is unconstitutional. And it is un-American."

Iowa GOP Chairman Jeff Kaufmann responded via Twitter. While his series of tweets did not mention Trump by name, CBS News' Kylie Atwood reports that they are a direct response to Trump's proposal.

"After Obama's terrible speech, GOP should be focused on Obama/Clinton foreign policy failures," he tweeted. "Instead I'm here to reiterate that our founding principles are stronger than political cynicism. GOP believes that Obama has failed on ISIS, AND that we don't make ourselves safer by betraying bedrock Constitutional values."

On Monday evening, Trump won a standing ovation from an audience at a rally in Charleston, South Carolina when he brought up his idea of barring Muslims from entering the U.S.

Meanwhile, back in Washington, Sen. John McCain, R-Arizona, was asked about Trump's idea and called it "foolish." He added he's "never seen anything like it." Asked whether he thought the controversial idea would hurt Trump's standing in the race, McCain said, "I thought long ago that things he said would hurt his prospects. And, he continues to go up."