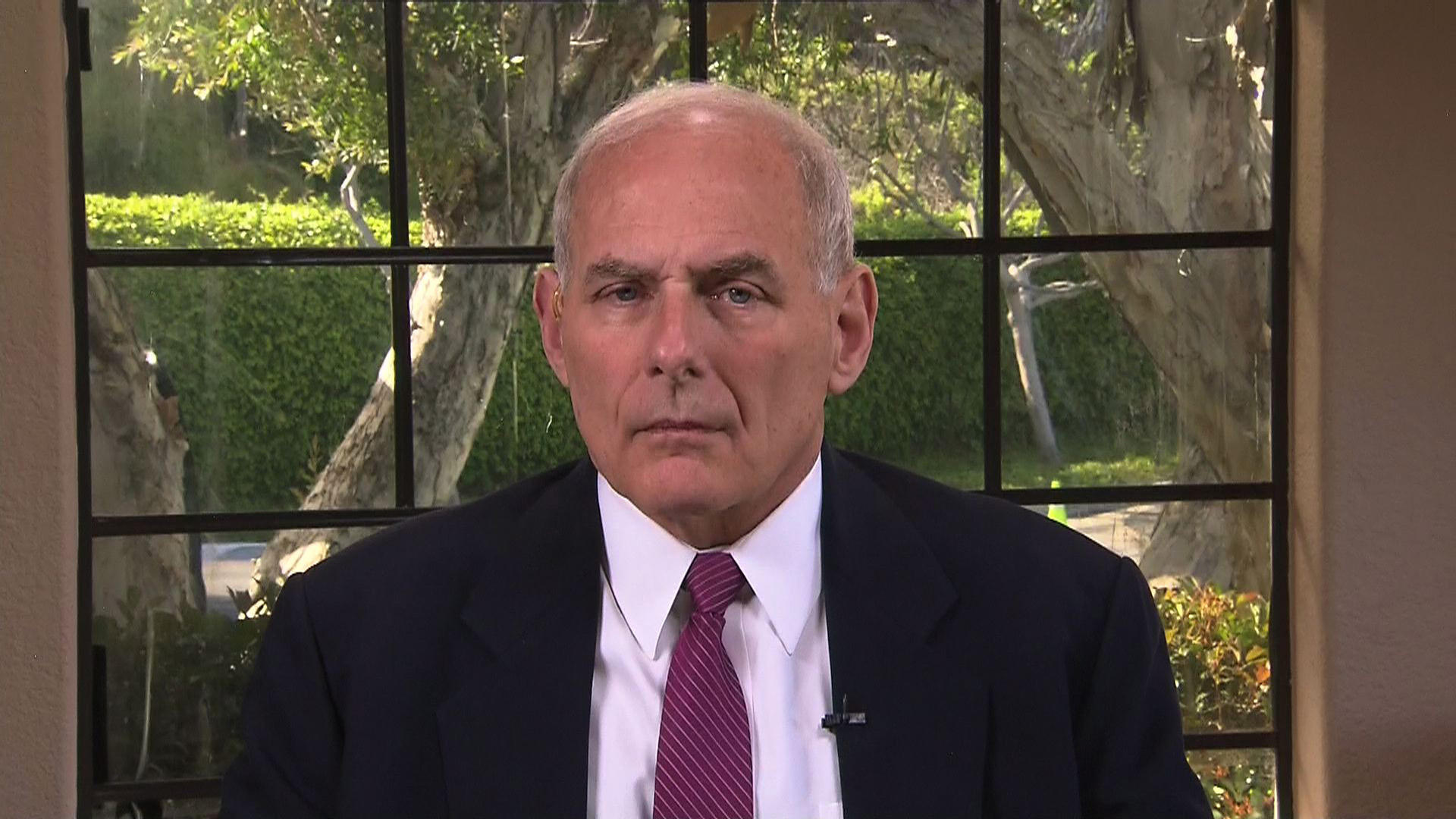 “If the president of the United States says something, you should probably take him at his word,” Kelly told “Face the Nation” moderator John Dickerson. “We have never in the 90 days I’ve been in this job focused on DACA.”

Kelly addressed skepticism about the administration’s adherence to Obama-era immigration protections after the first reported deportation of a Dreamer, Juan Manuel Montes, a 23-year-old from California.

He iterated that undocumented immigrants would face deportation if they break U.S. law, adding that the Department of Homeland Security’s focus on DACA pales in comparison to other department operations.

“Those people that have claimed DACA, that we have done that wrong, they at one time in some cases had DACA status but then broke our laws, fell crosswise with our laws, and we deported them. I think only three or four at this point,” he said.

Kelly rewinded to the original, enduring strategy of the administration’s crackdown on illegal immigration. He said Mr. Trump personally instructed him to direct his agency to deport undocumented immigrants who disobeyed U.S. laws -- including border entry laws, which DHS officials claim Montes did not follow.

Officials apprehended Montes at the California border town of Calexico in February after he reportedly entered into the U.S. by hopping a fence.

Kelly said Mr. Trump told him: “I want you to safeguard the borders of our country with particular focus on the Southwest border. I want you to make sure that as you do that that normal, legal movement across our borders, whether it’s containers or people, is not only not impeded but is made even more -- made even easier.”

He elaborated: “So, those are the things he gave. And go after the criminals that are in our country illegally. And the criminals by definition are those who are A) here illegally and B) have gotten crosswise with our laws. Now, there are some other individuals that are in the pipeline of the normal immigration, the legal justice pipeline that -- just one recently exhausted all of her appeals and has now been deported. But that’s what he told me to do. And that’s what we’re doing.”

Kelly did not express sympathy for Montes’ run-in with border enforcement, suggesting that Montes handed over his DACA-status protections by breaking the law.

Montes’ attorneys claim that his DACA status is valid until 2018; U.S. Customs and Border Protection said it expired in 2015.

Montes is filing a Freedom of Information Act request with Customs and Border Protection, requesting information regarding his case.

“At one time in his life he was protected by DACA,” Kelly said. “But according to the very rules that President Obama established, DACA, this guy had surrendered those and broken our laws. And he fell into our -- when we apprehended him, we deported him.”