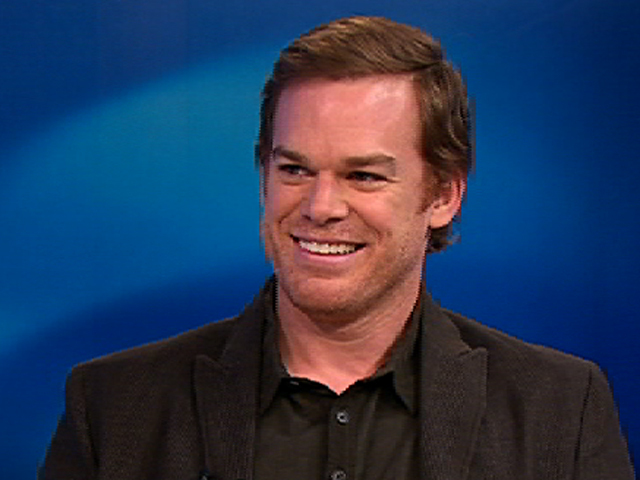 Does Michael C. Hall, star and one of the executive producers of "Dexter," have a little music up his sleeve for the show about a serial killer?

When asked what the next step will be for his character -- a forensic blood expert moonlighting as a serial killer -- Hall said a musical episode may be on its way -- and then quickly added, "Just kidding. No. That probably won't happen."

Hall, who's appeared on Broadway in "Cabaret" and "Chicago," added, "I shouldn't have planted that seed."

Just to be clear: Did "The Early Show" break the news that "Dexter" season seven will have an all-musical episode?

So how will "Dexter" reach its conclusion now that the show has been renewed for two more seasons?

"We want to find a way to bring the story to some sort of conclusion that (will be) satisfying for us as storytellers and satisfying for the audience, too."

What can Hall disclose about the end of this season?

Hall said there is a lot to resolve, "but also things in store that will propel us forward."

Part of that may be with respect to Dexter's sister, Debra, who became his boss.

"That always had been sort of an intense relationship," Hall said. "She's known him the longest. He sort of helped her to move forward in the police department, but the more he helps her, the more potential threat she becomes in terms of ultimately finding out what he does, so it's sort of fundamental tension in the show."

As for his character, Hall said, "Initially, (Dexter) claimed that he wasn't even really human. He has gotten -- he has been through experiences that make that harder to claim and yet, he continues to indulge in his darkness and kill people, so this is more a sense of walking a tight rope."

You can watch "Dexter" on Showtime on Sunday nights at 9/8 p.m. Central.