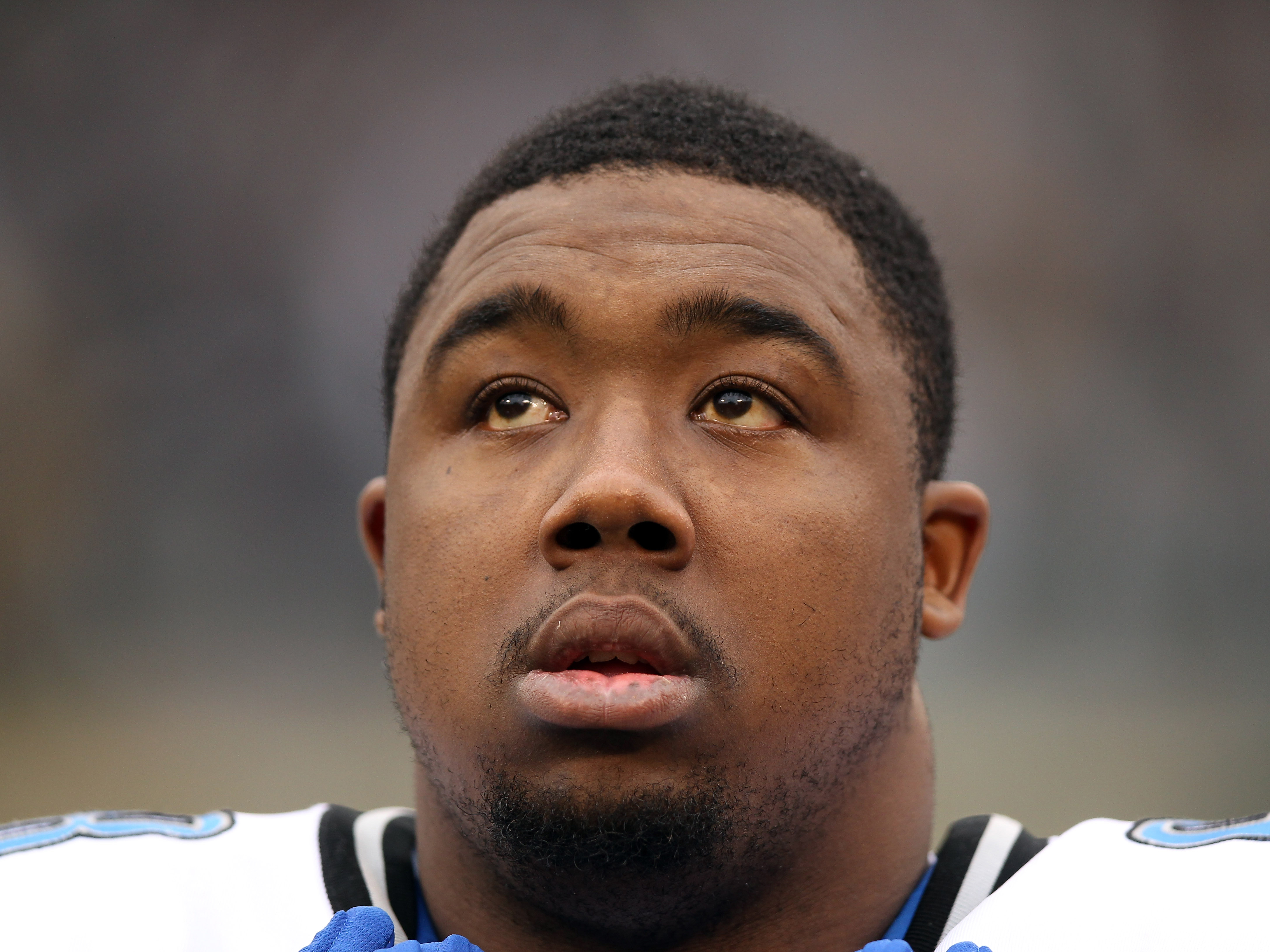 Citizens called to complain that Fairley's Cadillac Escalade was speeding through a lower-middle class neighborhood in Mobile, said city police spokeswoman Ashley Rains. Officers smelled marijuana coming from the vehicle and found a small amount in an ashtray, Rains said.

Fairley and a passenger were booked into Mobile's metro jail facility on a misdemeanor marijuana possession. Fairley was released a short time later on $1,000 bail.

His arrest comes after Lions running back Mikel Leshoure was caught chewing marijuana during a traffic stop March 12 in southwestern Michigan. A police report said Leshoure was a passenger in a car stopped on Interstate 94 in Lake Township. The officer reported seeing him chewing marijuana and noticed small pieces on his shirt. Leshoure and the driver were ticketed for marijuana possession.

The Lions released a statement saying they were aware of what happened with Fairley and that they were continuing to gather information.

"We hold all of our players to a high standard of behavior and the recent charges against Nick and Mikel Leshoure are not consistent with those standards," the statement says. "We are extremely disappointed."