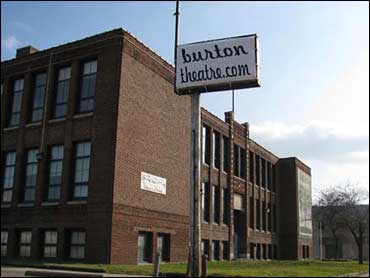 A former school that is been being used as a movie house will host a new film festival next year that organizers hope will build on growing enthusiasm for the movie industry in Michigan.

The Detroit Independent Film Festival is seeking short films to be screened March 3-7. The state has been drawing more moviemakers since last year, when tax incentives that are among the nation's most generous took effect.

As part of the event, organizers plan to recognize actors, directors and others at the Michigan Film Awards on March 6 - the day before the Academy Awards.

The festival will be at the Burton Theatre, which opened this fall in the Cass Corridor neighborhood north of downtown. It's in the old Burton International School building, which closed in 2003 when the school moved to a new location.

Nathan Faustyn, a co-founder of the Burton Theatre, is handling programming for the festival.

Sponsors are being lined up for the festival, which will include question-and-answer sessions with filmmakers. People will be able to buy tickets for the entire festival as well as individual screenings.

The deadline for entries is Dec. 30, and there is no fee to submit a film.

Michigan already is home to a number of film festivals. Among them are the Ann Arbor Film Festival, which in March marks its 48th year, and the Traverse City Film Festival, founded in 2005 by Academy Award-winning filmmaker Michael Moore.

But the past year has seen other film festivals debut in the state. The first Grand Rapids Film Festival was held in August and the first Blue Water Film Festival took place in Port Huron.