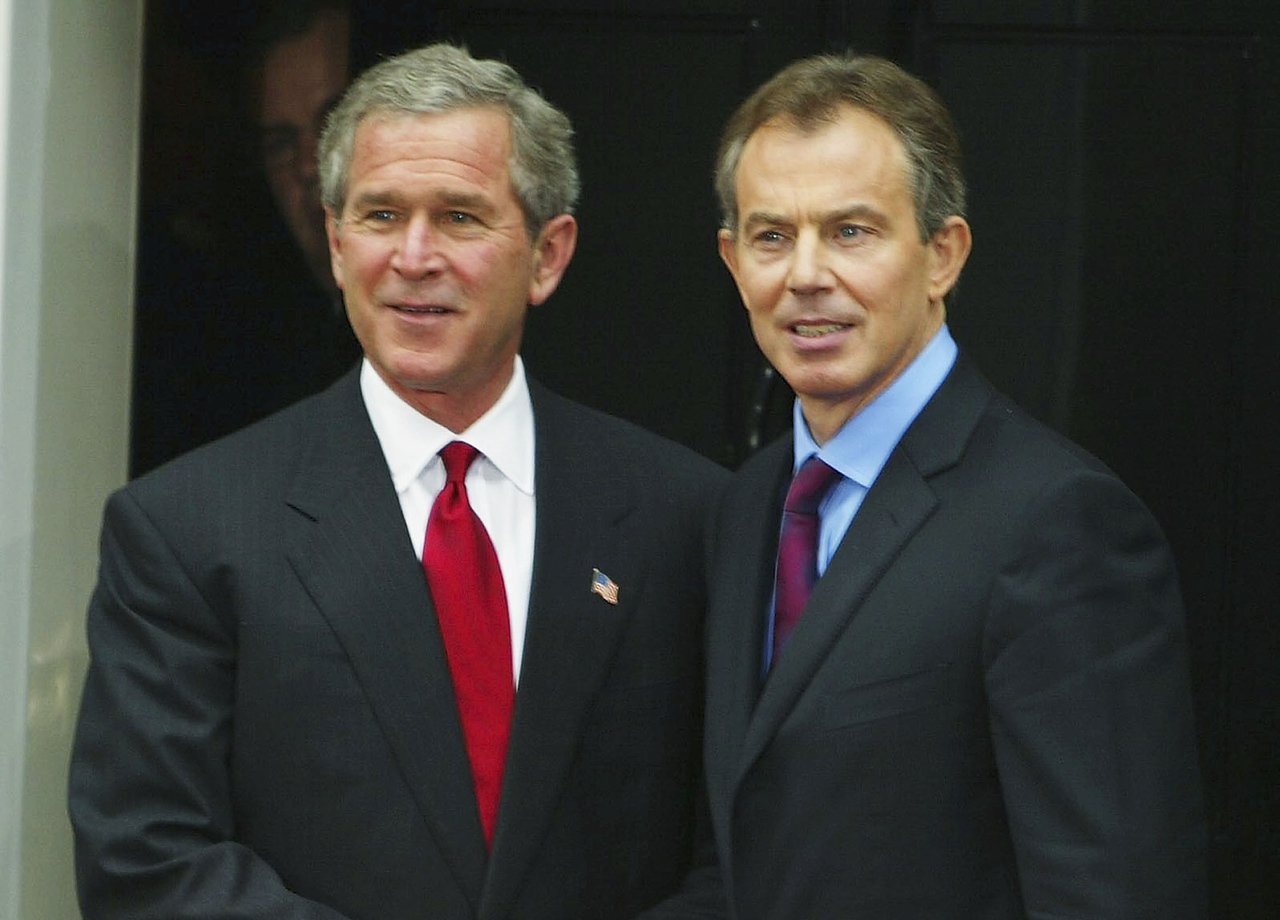 (AP) LONDON - Nobel Peace Prize Laureate Desmond Tutu called Sunday for Tony Blair and George Bush to face prosecution at the International Criminal Court for their role in the 2003 U.S.-led invasion of Iraq

Tutu, the retired Anglican Church's archbishop of South Africa, wrote in an op-ed piece for The Observer newspaper that the ex-leaders of Britain and the United States should be made to "answer for their actions."

The Iraq war "has destabilized and polarized the world to a greater extent than any other conflict in history," wrote Tutu, who was awarded the Nobel prize in 1984.

"Those responsible for this suffering and loss of life should be treading the same path as some of their African and Asian peers who have been made to answer for their actions in the Hague," he added.

"Leadership and morality are indivisible. Good leaders are the custodians of morality. The question is not whether Saddam Hussein was good or bad or how many of his people he massacred. The point is that Mr Bush and Mr Blair should not have allowed themselves to stoop to his immoral level.

"If it is acceptable for leaders to take drastic action on the basis of a lie, without an acknowledgement or an apology when they are found out, what should we teach our children?"

Tutu: Why I had no choice but to spurn Tony Blair (Observer)

The Hague, Netherlands, based court is the world's first permanent war crimes tribunal and has been in operation for 10 years. So far it has launched prosecutions only in Africa, including in Sudan, Congo, Libya and Ivory Coast.

Tutu has long been a staunch critic of the Iraq war, while others opposed to the conflict — including playwright Harold Pinter — have previously called for Bush and Blair to face prosecution at the Hague.

"The then-leaders of the U.S. and U.K. fabricated the grounds to behave like playground bullies and drive us further apart. They have driven us to the edge of a precipice where we now stand — with the specter of Syria and Iran before us," said Tutu, who last week withdrew from a conference in South Africa due to Blair's presence at the event.

While the International Criminal Court can handle cases of genocide, war crimes and crimes against humanity, it does not currently have the jurisdiction to prosecute crimes of aggression. Any potential prosecution over the Iraq war would likely come under the aggression category.

The U.S. is among nations which do not recognize the International Criminal Court.

In response to Tutu, Blair said he had great respect for the archbishop's work to tackle apartheid in South Africa, but accused him of repeating inaccurate criticisms of the Iraq war.

"To repeat the old canard that we lied about the intelligence is completely wrong as every single independent analysis of the evidence has shown," Blair said. "And to say that the fact that Saddam (deposed Iraqi dictator Saddam Hussein) massacred hundreds of thousands of his citizens is irrelevant to the morality of removing him is bizarre."

However, Blair said that "in a healthy democracy people can agree to disagree."

In Britain, a two-year long inquiry examining the buildup to the Iraq war and its conduct is yet to publish its final report. The panel took evidence from political leaders including Blair, military chiefs and intelligence officers. Two previous British studies into aspects of the war cleared Blair's government of wrongdoing.

The Iraq war was bitterly divisive in the U.K. and saw large public demonstrations. However, Blair subsequently won a 2005 national election, though with a reduced majority.