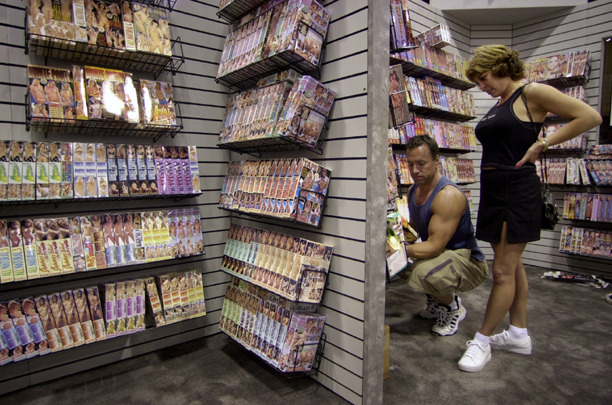 Burts, also known as "Cameron Reid" in straight films and "Derek Chambers" in gay films, described to the Times the panic call he got from the clinic staff on Oct. 9.

Clinic staff told Burts, who was previously identified as Patient Zeta, they wanted to perform a follow-up test and begin quarantining the performers he had worked with since his last negative test result Sept. 3. All of his co-stars tested negative.

On Oct. 23, the clinic reportedly told Burts that his second test results traced his HIV infection to someone he had performed a scene with, someone they described as a "known positive." The clinic would not identify the performer because of patient confidentiality.

"It's very dangerous," he said. "It should be required that you wear a condom on the set."

In November, AIM released a statement that said "Patient Zeta acquired the virus through private, personal activity." Burts dismissed the claim and told the newspaper it was "completely false" and that the only person he slept with in his personal life was his girlfriend, who tested negative for the disease.

Burts, who grew up in Whittier and Hemet, Calif., also took aim at the clinic for how they reportedly did not arrange his follow-up care and told him not to contact the AIDS Healthcare Foundation, the Times said.

In frustration, Burts said he went to an AIDS Healthcare Foundation center in Los Angeles on Nov. 24 and was pleased with the care they provided.

He contacted the head of the organization last week, identifying himself as Patient Zeta, and said he wanted to speak out in favor of enforcing mandatory condom use on adult film sets.