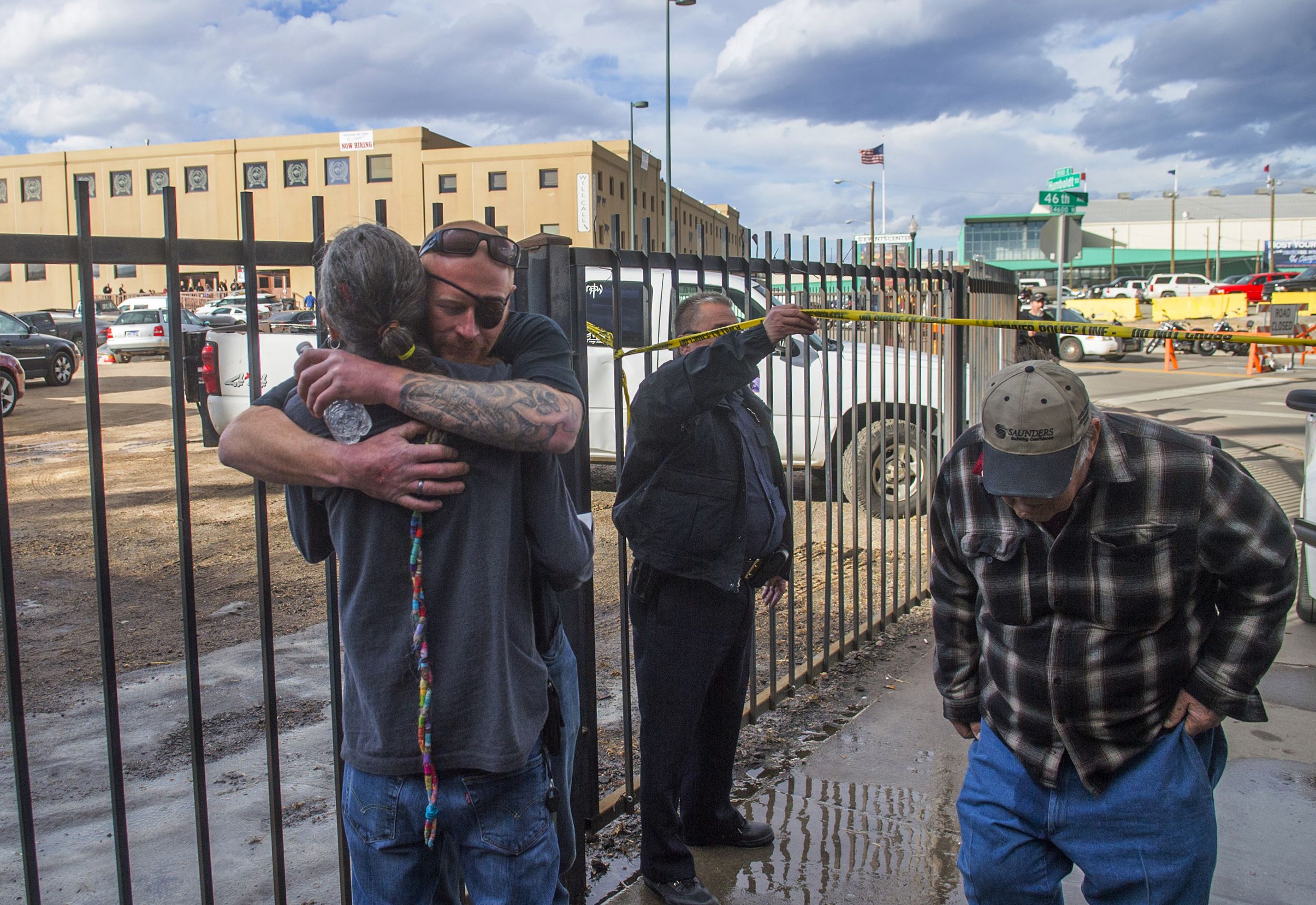 DENVER -One person was fatally shot and seven others were wounded when a fight broke out a motorcycle expo in Denver on Saturday, CBS Denver reported.

Police Chief Robert White told reporters it was unclear what prompted the incident at the National Western Complex, where the Colorado Motorcycle Expo was being held this weekend. He said other events associated with the expo have been canceled.

White said investigators believe there was an exchange of gunfire around 1 p.m. In addition to the person who was shot and killed, three others were shot. Another person was stabbed and three others suffered injuries from a fistfight.

The Denver Police Department tweeted about the incident.

Dr. Kevin McVaney of Denver Health Medical Center said six people were admitted to the hospital. He said three were in critical condition and three were stable.

Police were keeping a heavy presence at the hospital to prevent the incident from spreading from the expo.

Police were interviewing a person of interest, and White said investigators believe there was more than one shooter.

"Everyone started running, a couple of guys went out the south side that were shot and one went out the north that was shot. They just took one out in the ambulance," witness Trey Schipper told the station.

Police spokeswoman Raquel Lopez couldn't say whether the violence was gang-related, but witnesses told CBS Denver that there was a dispute between motorcycle gangs.

"At this time we do not have anyone in custody," said Lopez.