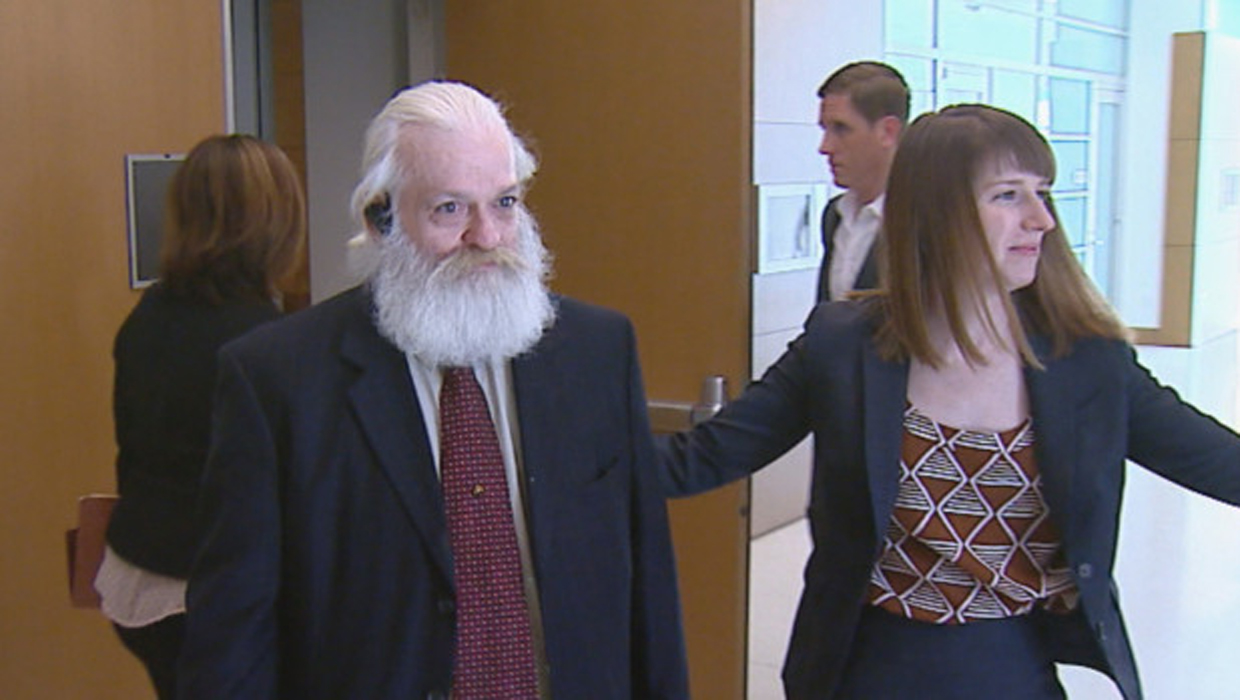 DENVER -- A father whose four young sons could communicate only in grunts when authorities rescued them from a filthy Denver apartment was sentenced to five years in prison Tuesday by a judge who said he hoped it would send a message to parents that they can't treat their children like pets.

Judge J. Eric Elliff said Wayne Sperling, 67, made outrageous excuses for neglecting the boys to the point where they could not recognize food and did not learn his lesson after an earlier child-abuse conviction cost him custody of three other children.

"The message is, you've got to treat your children with dignity and respect," Elliff said. "They're not pets. They are not possessions. They are human beings that need to be carefully nurtured. That didn't happen here."

Prosecutors said Sperling, his wife and the boys lived in an apartment where nearly every surface was covered in cat feces and flies. The children, ages 2 to 6, were malnourished when they were found on October 2013.

Sperling's wife, Lorinda Bailey, was sentenced to 90 days in jail and five years of probation last month, and Sperling's attorney argued he should receive a similar sentence. Prosecutors sought the maximum of seven years in prison.

But Elliff said the case was more tragic because it wasn't a first for the family. The couple lost custody of three other children amid similar allegations in October 2006. The children mostly grunted and pointed to communicate, and officers found a home full of trash and rotten food. Bailey and Sperling pleaded guilty in June 2007 to misdemeanor child abuse.

"There have been so many failures on so many different levels," Elliff said. "Now we have seven children who are going to be scarred by these early childhood conditions."

In the most recent case, an emergency room doctor suspected abuse when the youngest was taken to the hospital for a cut on his forehead. The doctor noticed he was unwashed, reeked of cigarette smoke and had bruises consistent with pinching. That led authorities to the apartment, where they found decomposing animals and about an inch of solidified cat feces and urine beneath one of the boy's beds.

Sperling, mumbling, told the judge to do "whatever you feel is right" when given a chance to speak before he was sentenced.

Prosecutors said it was one of their most horrific cases they had ever seen, but Colorado's child abuse laws kept them from pursuing harsher penalties because the children didn't suffer serious physical injuries.

After the boys were rescued and given bagged lunches to eat, they acted as if they hadn't seen food before, patting the sandwiches and playing with the apples, Deputy District Attorney Anita Drasan said. An adult mimed eating an apple to encourage them to eat; they licked the fruit instead, Drasan said.

The boys are improving while living in foster care, but still struggle as a result of the squalor. They have breathing problems and are sensitive to light, requiring them to wear special glasses, Drasan said.

"They didn't smile, they didn't laugh, and they lived in constant fear and were unable to express themselves," Drasan said. And, reading a statement from their foster mother, she added, "these are fighters and survivors. They will grow to do great things. But they have a long battle before them."