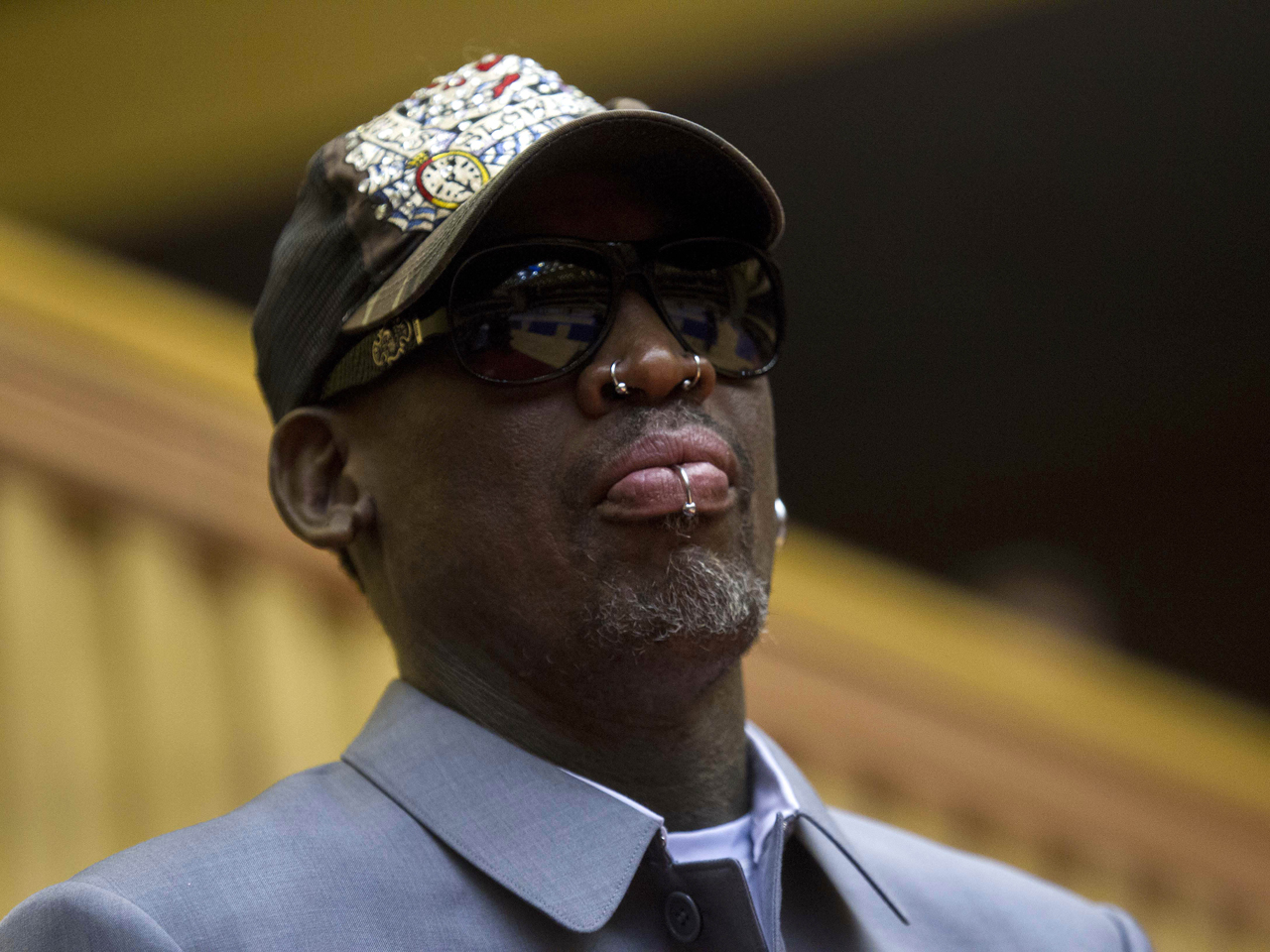 SEATTLE -- The sister of a Washington man imprisoned in North Korea says she's worried that Dennis Rodman, who traveled to the country to celebrate the birthday of leader Kim Jong Un, is hurting efforts to free her brother.

For his part, Rodman has apologized for comments he made about captive American missionary Kenneth Bae in an interview with CNN, during Rodman's fourth visit to North Korea. The visits have been criticized by human rights activists.

The retired basketball star issued the apology Thursday through publicist Jules Feiler in an email to The Associated Press.

"I want to first apologize to Kenneth Bae's family," Rodman said, adding he had had "a very stressful day" when he made the comments.

"Some of my teammates were leaving because of pressure from their families and business associates. My dreams of basketball diplomacy was quickly falling apart. I had been drinking. It's not an excuse but by the time the interview happened, I was upset. I was overwhelmed. It's not an excuse, it's just the truth."

He added, "At this point, I should know better than to make political statements. I'm truly sorry."

Bae's sister, Terri Chung, said earlier Wednesday his family couldn't believe what Rodman said about Bae. In a CNN interview Tuesday, Rodman said he refused to discuss Bae with North Korean leaders and implied Bae may deserve to be imprisoned. Rodman and other former NBA players played in an exhibition game Wednesday in Pyongyang and Rodman sang a verse from a birthday song to Kim.

Chung said her brother did nothing wrong and that Rodman didn't know what he was talking about.

"Clearly, he's uninformed and doesn't know anything about Kenneth or his detainment. I don't think he has any authority to speak or pass judgment on Kenneth, certainly," Chung said.

She had no immediate comment Wednesday night after Rodman's apology was announced.

Rodman was to visit a North Korean ski resort on Thursday, possibly along with dictator Kim Jong Un.

A source with direct knowledge of Rodman's itinerary told Reuters the 52-year old was on a helicopter to a new multimillion dollar resort that's one of Kim's showcase projects.

It wasn't immediately clear if Kim was with Rodman on the flight. The source declined to be named due to the sensitivity of the issue.

Bae, 45, was arrested in November 2012 while leading a tour group. He was accused of crimes against the state and sentenced to 15 years hard labor. He was moved to a hospital last summer in poor health.

The State Department has told the family it's doing everything it can to free Bae, but Chung is not aware of anything in the works.

Bae was born in South Korea and immigrated to the United States in 1985 with his parents and sister. He attended the University of Oregon and lived in the Seattle suburb of Lynnwood, where his mother, Myunghee Bae, now lives. Chung lives in nearby Edmonds.

Bae was allowed to call home Dec. 29 because of the holidays, Chung said.

It was the first time his three children from an earlier marriage have spoken to him, she said. He has two in Arizona and another in Hawaii, ages 17, 22 and 23, Chung said.

"He worked there legally. He had official permission to be there. He had business relations," she said.

Nothing was amiss until his arrest, apparently related to his religion, she said.

"He is a man of faith, and I'm afraid his Christian faith has been deemed hostile against the state," Chung said.

The family is concerned about his health as well as his freedom. He has diabetes, an enlarged heart and a back injury that prevents him for standing more than 30 minutes at a time. They're glad he's in the hospital, rather than the labor camp, but want him released.

"We want him well and back home," Chung said.