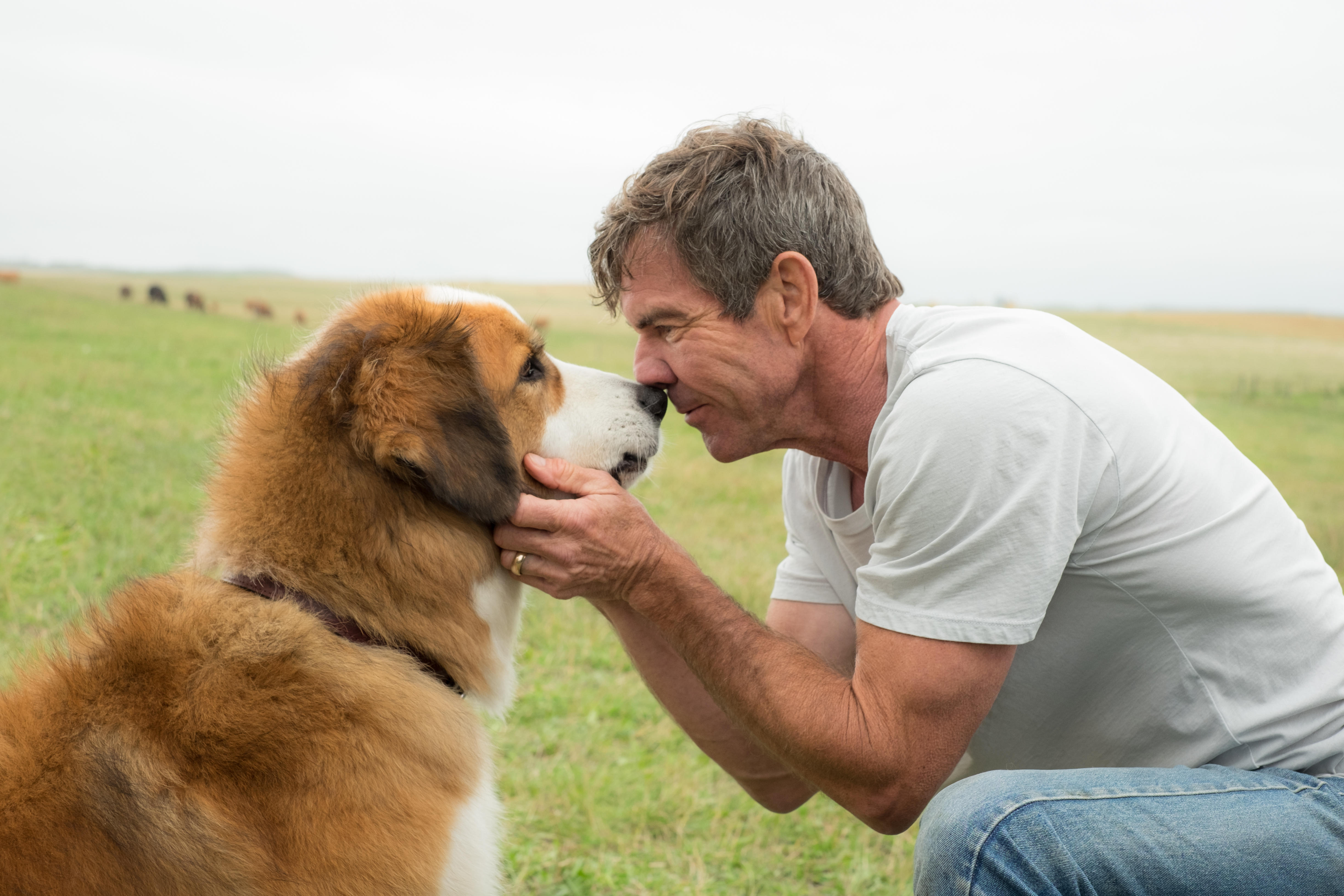 “I was there. I never saw any abuse of any animal. If there had been, I would have walked,” Dennis Quaid told ET on Monday, addressing allegations that one of his canine costars had been abused on the set of his film, “A Dog’s Purpose.”

Controversy arose when footage leaked last week that purported to show a trainer seemingly forcing a scared German shepherd, Hercules, into the water. Now, Quaid has spoken out, claiming that the video “does not tell the whole story.”

“My experience is that the animals were treated great. There was no animal abuse,” Quaid explained. “That video that someone took and sold for money and held on to for a year and a half until right before the film’s coming out, does not tell the whole story. First of all, it’s been edited and manipulated. And I think it’s a scam, to tell you the truth.”

The actor’s comments line up with what producer Gavin Polone asserted in a lengthy op-ed published this morning. While Polone took responsibility for what he called the “absolutely INEXCUSABLE” events that led up to the video, he refuted claims that the dog was mistreated.

“That was towards the end of the day and I would not say, in real context, that the dog was frightened,” Quaid revealed. “The dog was acting like a dog who was kind of tired of taking a bath and was ready to get out. And, in fact, that’s what happened. They took the dog out.”

Following the video’s release, Universal Pictures and Amblin Entertainment canceled the “A Dog’s Life” premiere and press junket while they investigated the footage. Meanwhile, PETA has called for a boycott of the film.

“It makes me angry, to tell you the truth,” Quaid told ET of the controversy. So, what would he tell moviegoers who were now debating whether to see the film when it hits theaters on Jan. 27?

“To them, I would say I know that no abuse occurred,” he reiterated. “What they saw was completely out of context. It was edited ... and all of the footage I saw, the dog was going into the water happily and had to be restrained, actually, from going into the water many times during that day.”

Quaid, who added that he would not promote the film had he learned of any abuse, went on to reveal the personal connection he has to “A Dog’s Purpose.”

“My basset hound I had as a kid, she sometimes felt like my only friend,” he recalled. “She went everywhere with me. She slept with me. She just knew my emotional state. We took care of each other and that’s what dogs do. They give you unconditional love.”

Directed by Lasse Hallström, the film follows Bailey, a dog whose life is shown from his birth to his death and to his reincarnation through different dog breeds.

“You’re gonna cry!” Quaid said. “It’s gonna well you up...I mean, I got welled up when my agent was just telling me the story. I hadn’t even seen the script, but it also turns around and it makes you laugh.”