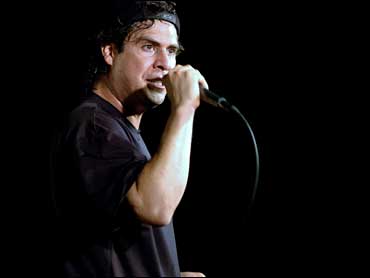 In picking Dick Cheney, Texas Gov. George Bush has done precisely what governors from states far away from Washington always do when they get nominated to run for president - he selected a highly experienced Washington "insider" to balance the ticket.

That's what Arkansas Gov. Bill Clinton did in 1992 when he teamed up with Tennessee Sen. Al Gore, a former House member and son of a senator.

Massachusetts Gov. Michael Dukakis turned to Texas Sen. Lloyd Bentsen in 1988, then one of true patriarchs of Capitol Hill.

And, of course, California Governor Ronald Reagan ran with none other than George H.W. Bush in 1980, former House member, CIA director, party chairman, and ambassador.

In three of those four elections, the formula worked. Still, Democrats overall are delighted that Bush stuck with the formula and selected Cheney.

"Most Democrats are breathing a sigh of relief," according to Geoff Garin, a leading pollster for Democratic candidates.

Why? Mainly because Democrats feel like they dodged a bullet - or four bullets according to Garin.

"There were four candidates who could have complicated Gore's life in a serious way," Garin argued. Pennsylvania Gov. Tom Ridge could have eroded Gore's advantage with pro-choice voters in Garin's view. Elizabeth Dole could have jeopardized the vice president's advantage with women. John McCain would have given Bush a major edge with cranky independent voters. And Colin Powell, Garin said, was a silver bullet that "would have helped with everybody."

"Cheney does not affect a single vote that Gore is going after," Garin declared.

What the selection of Dick Cheney is unlikely to do, Democrats and Republicans agree, is cause the kind of trouble that Dan Quayle brought to Bush the Elder. A savvy Senate Republican aide who worked for Bush in 1988 said, "a lot of this is reaction to Quayle." Indeed, it has been widely reported that Cheney's biggest backroom booster was former President Bush.

This Senate aide argues that Cheney's "downside is that he is one of Daddy's guys." Similarly, a key Gore strategist, who didn't want his name used, giggled that Dubya "has been rummaging in Daddy's cabinet." Certainly the image of Cheney as a family tutor or trustee for the Young Bush is one Democrats hope to cultivate. They will try to argue that Bush's choice of someone with the foreign and defense policy stature of Cheney doesn't balance Bush's resume, but diminishes him, makes him look less able.

Democrats do see other potential problem areas to explore. Cheney's history of heart problems is obviously one. Another would be any problem or controversy that crops up with Halliburton Co., the energy service giant Cheney runs. "With Cheney," the Gore stratgist quipped, "an oilman turned politician picked a politician turned oilman."

And Cheney has a decade's worth of generally conservative votes in the House of Representatives to scour for ammo. Indeed, "opposition researchers" have already suggested to reporters they should check out Cheney's votes against sanctions on South Africa and the Equal Rights Amendment. But Republicans don't seem overly worried about votes cast in the 1980's by a VP nominee running in 2000.

What moderate Republicans do express concern about, however, is that Cheney does nothing to further indoctrinate voters with the "compassionate conservative" message. Indeed, Cheney's public persona may fight it. Intellectual conservative - sure. Competent, experienced conservative - certainly. Witty, sharp-tongued, can-deal-with-the-press conservative - absolutely. Compassionate? I don't think so.

The Gore operative senses that the Cheney choice "is an opportunity for us to say past versus change." Bush reaches back and give Gore a chance to move forward, symbolically.

But other Democrats feel Bush's choice of such a colossal "resume" like Cheney constrains what Gore can do. For example, a Washington lawyer involved in conducting background investigations on prospective Democratic veeps says Gore is now more likely to pick someone like George Mitchell or Dick Gephardt, someone who balances the stature scales with Cheney in a debate.

Pollster Garin dismisses this and that's part of the reason he is so pleased to see Cheney on the ticket. The choice "leaves Gore with a totally free hand," Garin argues, forcing absolutely no "tactical or strategic" responses in his vice presidential selection.

Cheney's main contribution to the ticket may turn out to be a subtle one, according to American University political scientist James Thurber. "Cheney helps in governing. He won't help in campaigning much."

Will voters give Bush credit for making that kind of selection? Does Bush's choice of someone so qualified for high office on paper - White House chief of staff, GOP House whip, Secretary of Defense, corporate CEO - enhance a public perception that Bush is trustworthy and properly respectful of the office he seeks? Does it do so more than picking a key state governor or party icon would?

So voters will choose between the son of a recent president running with a top officer from his father's regime, and the vice president for the past eight years. No matter who Gore selects, it's hard to feel that the first presidential election of the new millennium offers any quantum political leaps forward.