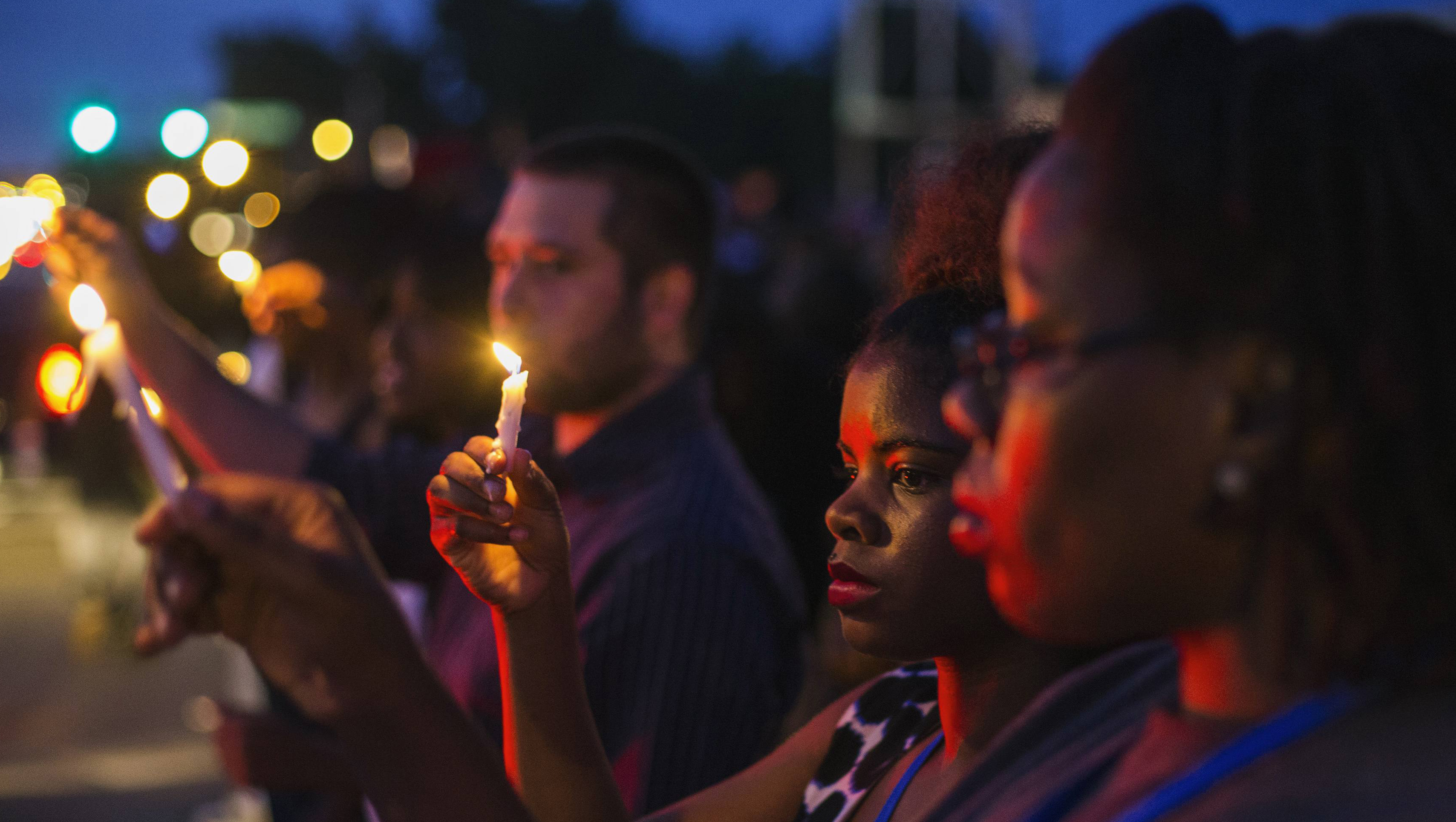 Hundreds of people filled the streets of Ferguson, Missouri, again Thursday night but in a calmer atmosphere as demonstrators gathered in scores of cities around the country to protest the fatal police shooting of an unarmed black teenager.

Rallies were held in at least 90 cities as part of a social media-organized National Moment of Silence to protest the death Saturday of 18-year-old Michael Brown, who was shot by a white police officer.

The death was followed by four nights of sometimes-violent protests in Ferguson. On Thursday, Missouri Gov. Jay Nixon announced the state police would take over supervision of security in the St. Louis suburb.

Earlier Thursday, President Barack Obama called for an end to the violence and said he has asked the Justice Department and the FBI to assist in investigating the shooting.

"Now's the time for healing," Obama said from Martha's Vineyard, Massachusetts, where he is on vacation.

Attorney General Eric Holder said he was "deeply concerned" by police use of military equipment and vehicles during the Ferguson protests.

There was a distinct shift in atmosphere in Ferguson as demonstrators gathered again Thursday night. There was no hint of violence on streets that were filled with music, free food and even laughter.

In St. Louis, at least 1,000 people showed up near the landmark Gateway Arch to show solidarity with Brown's family. The teen's mother, Lesley McSpadden, appeared with family members.

McSpadden did not address the crowd but waved, drawing applause from supporters.

In New York, around 1,000 people gathered in Times Square to show support for Brown's family and the Ferguson protesters.

In Baltimore, protesters marched to city police headquarters to voice their frustration while a vigil was held in Houston's MacGregor Park.