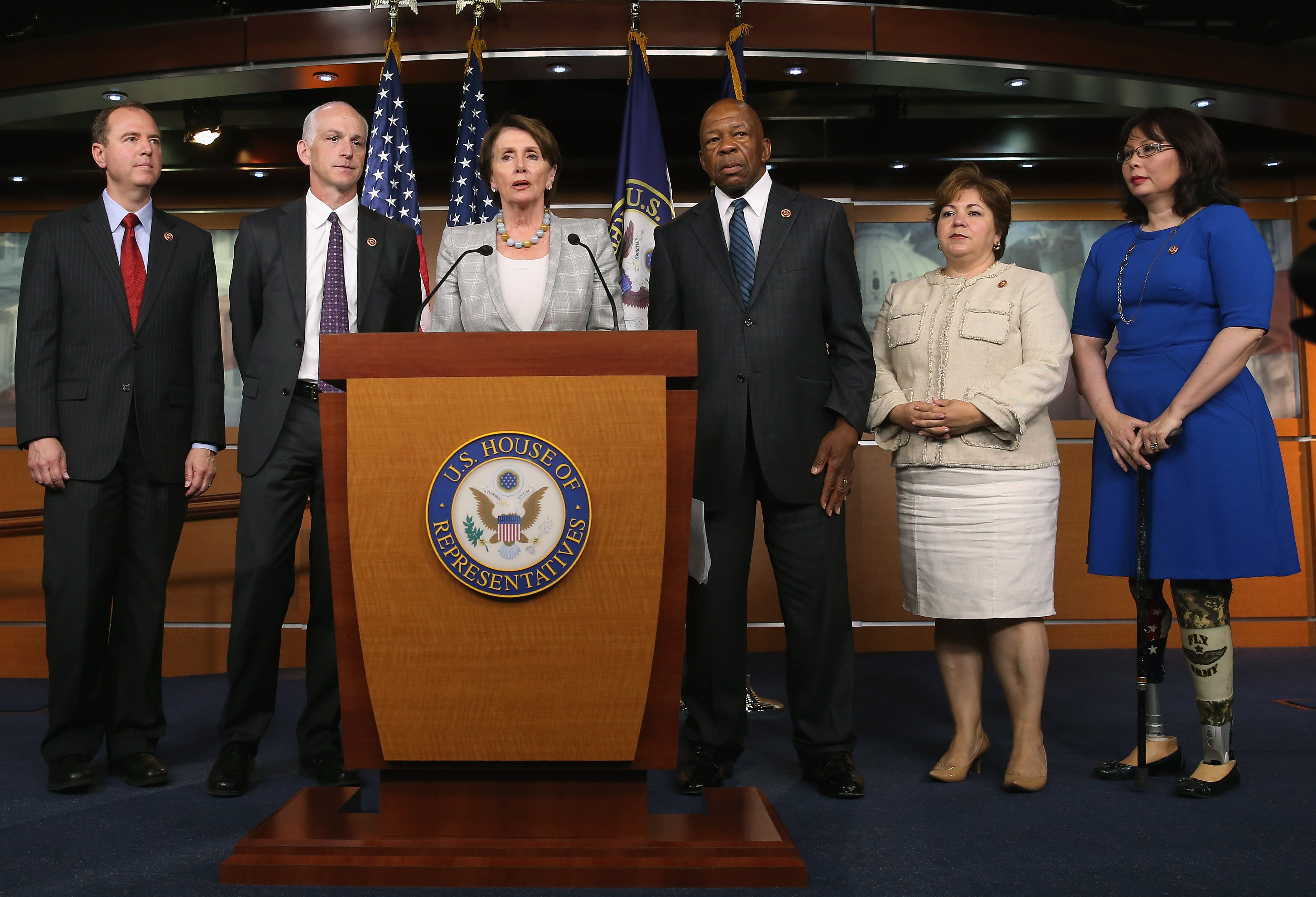 House Minority Leader Nancy Pelosi, D-Calif., on Wednesday named the five Democrats she's appointed to the new House Select Committee on Benghazi. Even though Democrats have dismissed the committee's investigation as unnecessary and politically-motivated, they said that they're taking part to ensure that Republicans don't produce anymore misleading information about the 2012 attack on a U.S. compound in Libya that left four Americans dead.

"The Republican obsession with Benghazi has not been about the victims, the families or the country," Pelosi said.

She pointed out that Congress has already conducted eight reviews of the attack, that 25,000 documents have been released and millions of taxpayer dollars have been spent to investigate what happened in Benghazi on Sept. 11, 2012.

It is "not necessary" to participate in a "partisan exercise once again," Pelosi said.

The five Democrats join the seven Republicans on the panel, led by Rep. Trey Gowdy, R-S.C.

Cummings said he agreed to participate for two reasons. Firstly, he said that as a leader of the Oversight Committee, he's "seen firsthand how abusive the Republicans have been during this investigation -- they've issued unilateral subpoenas, they've made substantiated accusations... they falsely accused the secretary of state of misleading Congress about reducing security in Benghazi."

Additionally, Cummings said he and other members of Congress owe it to the families of the four American victims "to bring some minimal level of balance to this process and check false claims wherever they may arise."

He added, "We need someone in that room to simply defend the truth."

Schiff said Democrats will aim to keep the focus of the committee on the hunt for the perpetrators of the attack and ways to prevent other people at diplomatic posts abroad from being killed.

"That will be our responsibility -- to make sure this doesn't become the 'select committee on talking points,'" he said, referencing the Republican focus on how the Obama administration altered its talking points about the attack.

Cummings noted that the families of the victims have urged Congress against politicizing the investigations.

"What Chris never would have accepted was the idea that his death would've been used for political purposes," the family of Chris Stevens, the former U.S. Ambassador to Libya who was killed in the attack, wrote in a letter.

Gowdy and House Speaker John Boehner, R-Ohio, have repeatedly insisted they're not doing this for political purposes.