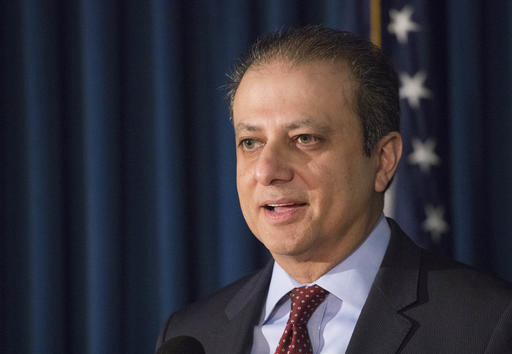 Democrats are criticizing President Donald Trump for firing U.S. Attorney Preet Bharara, saying it is a further window into the character of Mr. Trump and an effort to sideline critical voices in the judicial branch.

Senate Minority Leader Chuck Schumer (D-New York), who represents the state in which Bharara is based, said he was “caught off guard” by the announcement and that Bharara will be “sorely missed” in New York.

“I was extremely surprised and disappointed,” Schumer said, according to CBS New York. He added that “the president’s decision to change his mind and fire Preet says far more about the president than it does about Preet.”

Last Friday, Attorney General Jeff Sessions called for the resignation of 46 U.S. attorneys who were holdovers from the Obama administration. While it’s customary for the 93 U.S. attorneys to leave their posts when a new administration comes in, particularly if it’s a change of party, the departures typically are handled gradually rather than abruptly.

On Saturday, Bharara tweeted noting that he did not resign his post, but was fired when he refused to offer up his resignation. In November, he met with Mr. Trump and said he had agreed to stay on in the post.

“I did not resign,” Bharara said on Twitter. “Moments ago I was fired. Being the US Attorney in [the Southern District of New York] will forever be the greatest honor of my professional life.”

Schumer was not alone among Democrats in expressing his disapproval of the situation, and of the way Bharara’s firing was handled. Rep. Elijah Cummings, the top Democrat on the House Oversight Committee, said the firing raises “questions” about Mr. Trump’s respect for Bharara’s “jurisdiction.”

“Just not very long ago, the president was saying that he was going to keep the U.S. attorney there in New York and then suddenly he’s, I guess, changed his mind,” Cummings said on ABC’s “This Week.” “There’s a lot of questions coming up as to whether … President Trump is concerned about the jurisdiction of this U.S. attorney.”

She followed it up by pointing out that U.S. attorneys require confirmation by the Senate -- and that he has made it certain that Democrats will put up a fight for whoever he nominates.