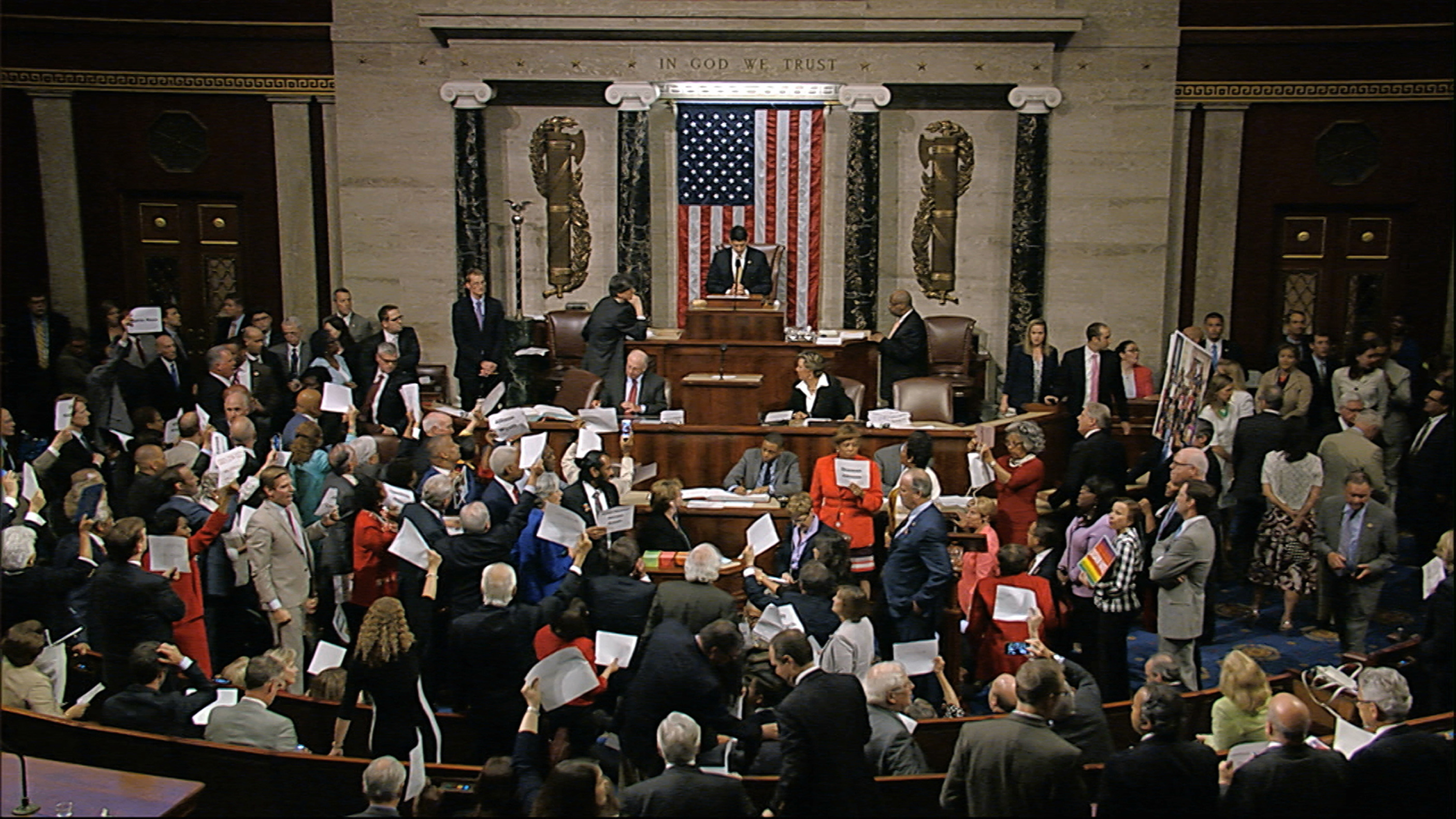 A confrontation over gun control brought pandemonium to the House of Representatives overnight.

Republican House leaders refused to bend to the Democrats' demand for a vote on new gun laws and tried to head this off by adjourning a day early for two weeks, but Democrats insist they're not going anywhere, reports CBS News correspondent Nancy Cordes.

It started as a sit-in but by nightfall, Democrats were on their feet, holding up the names and pictures of Orlando victims as a crowd of supporters swelled in the gallery and outside.

They were able to disrupt business, but not stop it altogether. So they cast their votes on a series of unrelated measures and kept right on chanting.

According to House rules, once the gavel hits, the cameras turn off, so members used phones to stream the protest online.

At 11 p.m., one Republican, Louis Gohmert of Texas, decided he had had enough.

But Georgia congressman and civil rights icon John Lewis urged his colleagues not to give up.

"Don't let nobody... turn you around," Lewis said.

Outside the Capitol, Lewis joined other Democratic lawmakers, including minority leader Nancy Pelosi.

"I am afraid that the Republicans are going to try and sneak away in the dark of night," Pelosi said. "We are tired of moments of silence that only lead to other moments of silence. We want action, we want a vote. We want to protect the American people."

But Speaker Paul Ryan was unmoved by the spectacle, earlier saying they won't get the gun vote they want.

"I would tell you, this is nothing more than a publicity stunt," Ryan told CNN. "They know we will not bring a bill that takes away a person's constitutionally guaranteed rights without due process."

Congressman Lewis compared the sit-in to another struggle for civil rights.

"It took us three times to make it all the way from Selma to Montgomery," Lewis said. "We have other bridges to cross and when we come back in July, we'll start all over again."

Democrats aren't pushing for a major legislation. They seek a vote on fairly narrow legislation that prevents people on the no-fly list from being able to buy a gun.

A similar bill in the Senate failed on Monday. When CBS News asked one congresswoman how long she plans to keep this up and she said, "Well, I brought a suitcase."

Inside look at the race to outsmart hackers