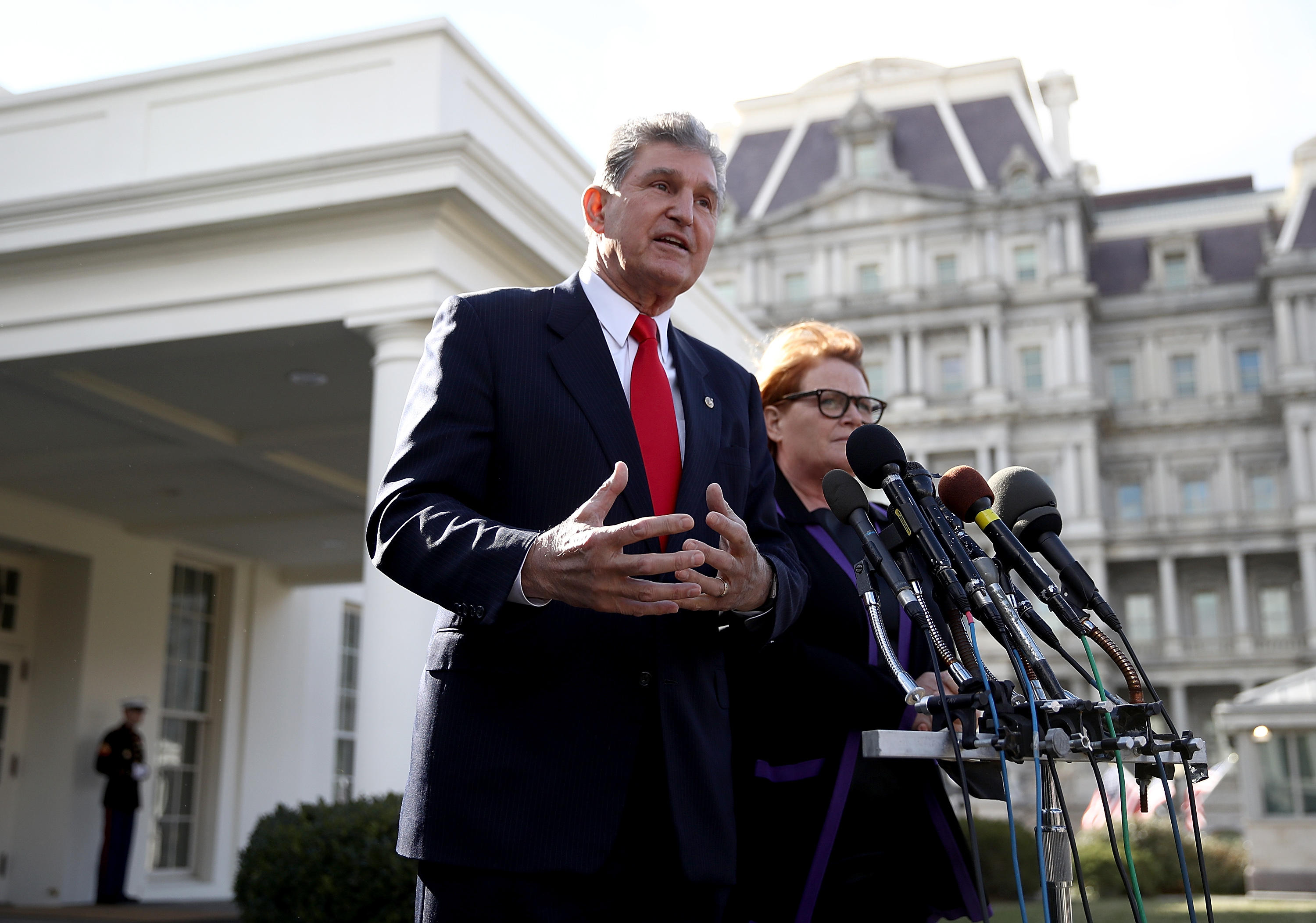 Three Democratic senators invited to take part in a dinner focusing much of the conversation on the president's plans for tax reform, hailed the evening as a welcomed step forward toward a bipartisan effort on overhauling the nation's tax code.

She added that Mr. Trump "wants to continue building unity by working on more issues supported by both parties."

It's a sentiment that held over the course of the dinner, as Democrats left the White House not revealing the exact details, but expressing a renewed sense of encouragement from the administration.

In a statement following the evening's events, Manchin said that he was "glad to join the president tonight to discuss how we can work together in a bipartisan manner on tax reform."

Manchin said the senators engaged in a "productive conversation" over the meal on areas they could possible find compromise. While the Democrat said he continues to fight for a "simpler tax code" for his state's residents, he noted that he was still looking forward to working with Mr. Trump and his Senate colleagues "on both sides of the aisle on tax reform."

Mr. Trump appeared to share a similar sense of spirit on Wednesday morning, tweeting "The approval process for the biggest Tax Cut & Tax Reform package in the history of our country will soon begin. Move fast Congress!"

Fellow Democrats Donnelly and Heitkamp both released similar statements to Manchin's following the dinner, with Donnelly touting his conversation with the president about his proposal to address the outsourcing of American jobs and saying he was "pleased" Mr. Trump remained supportive of it.

Meanwhile, Heitkamp, North Dakota's former tax commissioner, said in a statement that any chance to talk with the president about issues important to her own state "is an opportunity I welcome."

"I want to work with those on both sides of the aisle on a comprehensive, permanent tax reform plan that works for North Dakota workers and retirees and helps grow the economy, and I hope these bipartisan discussions continue," said Heitkamp.

She added, however, "We still need to see more details about what this tax reform plan entails, and I look forward to reviewing them."

Those details of Mr. Trump's plan have yet to materialize. The president previously outlined at campaign-rally style speech in Missouri that he intends to simplify the tax code, eliminate loopholes for special interests, give lower taxes to the middle class and slash the corporate tax rate.

In an official readout released Wednesday morning, the White house called such tax cuts "essential to economic growth and prosperity."

The statement said through bipartisan efforts like Tuesday night's, "President Trump is demonstrating his commitment to fulfilling his promises, and that includes producing tangible results on important issues like tax reform.  The meeting was highly productive, and will spur constructive discussion moving forward."