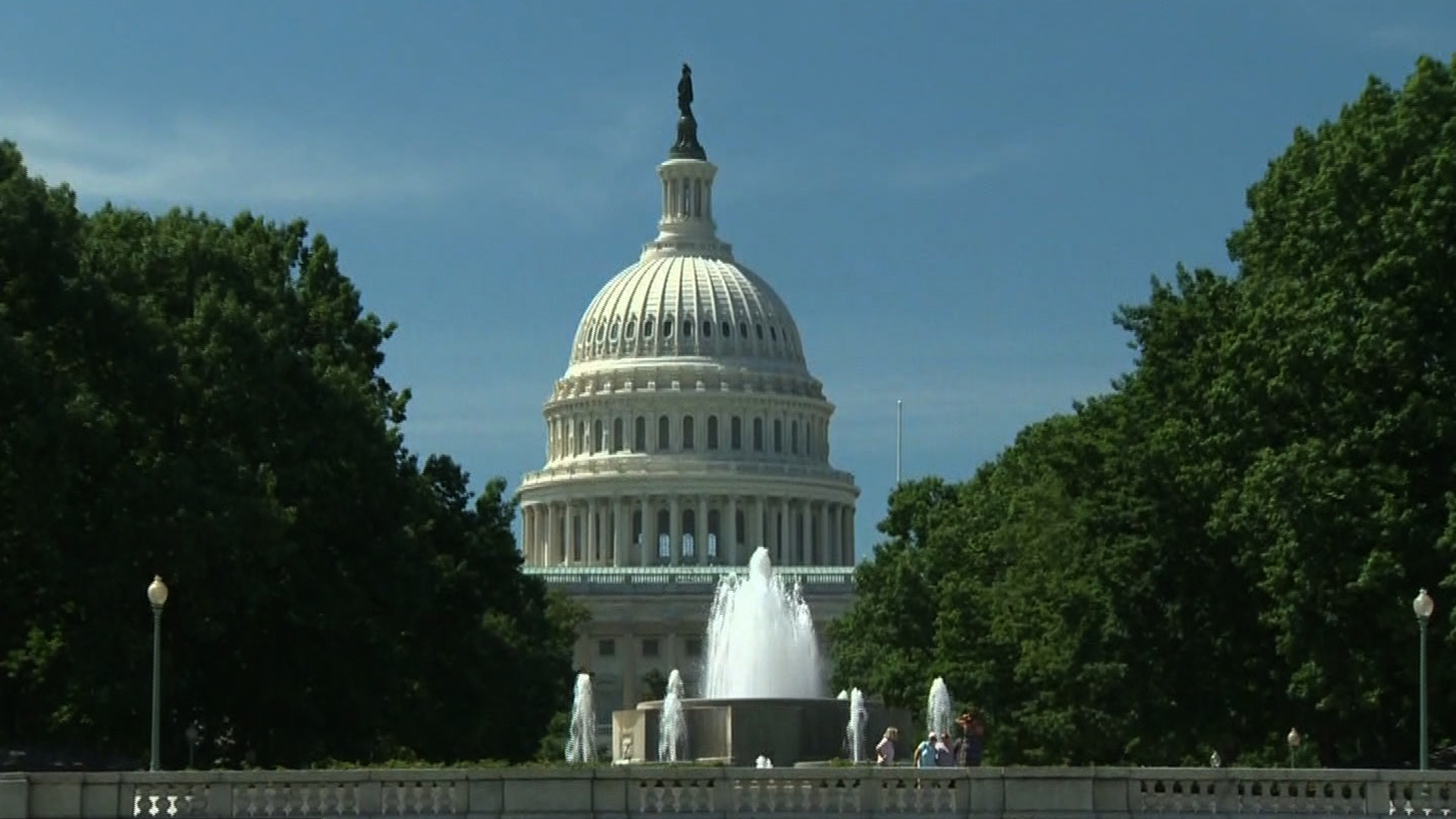 Sen. Joe Manchin, D-W.V., began circulating the resolution on Saturday and plans to officially unveil it Monday with Sen. Heidi Heitkamp, D-N.D. The resolution says the government of Syria must sign the Chemical Weapons Convention and take concrete steps to comply with it within 45 days, or else "all elements of national power will be considered by the United States Government." It also calls on President Obama to submit to Congress within 45 days a "long term strategy for Syria," while working with the international community to prevent the proliferation and use of Syria's chemical weapons.

The White House, which is asking Congress to authorize the use of military force in response to the alleged use of chemical weapons, has seen the alternative resolution and opposes it, CBS News White House correspondent Major Garrett reports. The Obama administration argues military action should be used to hold the Assad regime accountable now.

In a press conference Friday at the G-20 summit in St. Petersburg, Russia, Mr. Obama told Garrett that he's listening to all proposed responses, including the proposal to give Syria 45 days to join and comply with the Chemical Weapons Convention.

The president said his preference would be to act internationally and that he's "not itching for military action." However, he said, "So far, at least, I have not seen ideas presented that as a practical matter I think would do the job."

Mr. Obama said that the U.S. has already sent a "strong message" to the Assad regime, but the use of chemical weapons in Syria has continued.

"This is not as if we haven't tested the proposition that the guy, or at least generals under his charge, can show restraint when it comes to this stuff," he said. "And they've got one of the largest stockpiles in the world. But I want to emphasize that we continue to consult with our international partners. I'm listening to Congress. I'm not just doing the talking. And if there are good ideas that are worth pursuing then I'm going to be open to it."

Heitkamp on Monday released a statement saying she still has "serious concerns" about the resolution moving its way through the Senate to authorize military action -- even after attending classified hearings with the Senate Foreign Relations Committee where she heard from Secretary of State John Kerry and Director of National Intelligence James Clapper, as well as a White House briefing with Vice President Joe Biden.

"After doing my due diligence, I believe we need an alternative path forward in dealing with the Assad regime," she said. "We must balance the legitimate concerns that Americans have about the use of military force with our strategic interests. At its core, I believe the current Senate resolution falls short because it calls for military action in Syria without carefully looking at diplomatic or alternative solutions."

While the White House currently opposes the alternative resolution, it may gain some traction as international negotiations continue.

However, State Department spokeswoman Jen Psaki later clarified Kerry's remarks, saying, "Secretary Kerry was making a rhetorical argument about the impossibility and unlikelihood of Asad turning over chemical weapons he has denied he used."

Psaki continued, "If he respected the international norms that have been in place for 100 years he would not have used chemical weapons to kill more than 1,000 innocent men, women and children in the first place. His point was that this brutal dictator with a history of playing fast and loose with the facts can not be trusted to turn over chemical weapons otherwise he would have done so long ago. That's why the world faces this moment."

So far, the White House's push for military action has little support in Congress: According to a CBS News estimate, just about one in 10 members of Congress are currently in favor of military action or leaning towards supporting it.