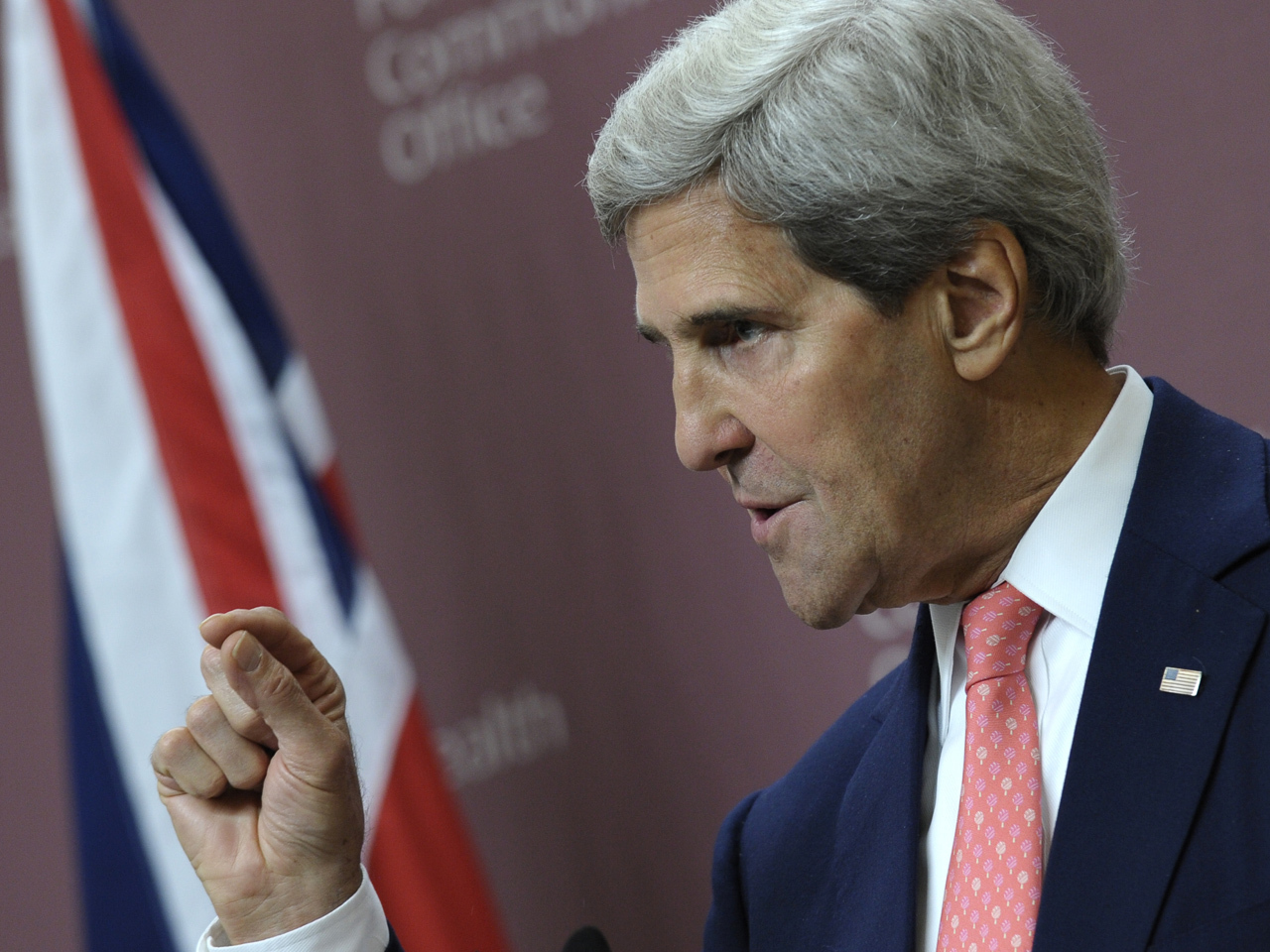 London Secretary of State John Kerry's frustration was visible Monday after days of lobbying other nations to support President Obama's call for punitive military strikes against the Syrian government.

Speaking to reporters in London at the tail end of a foreign trip which saw him take the U.S. government's case to both friends and foes in Europe, Kerry reiterated the Obama administration's absolute certainty in its own evidence that Syrian President Bashar Assad was behind an Aug. 21 chemical weapons attack in the Damascus suburbs.

"We know that his regime gave orders to prepare for a chemical attack," said Kerry. "We know by tracing it physically where the rockets came from and where they landed," he added, saying still-secret intelligence showed rockets being fired from regime-controlled areas into the opposition held eastern Ghouta suburbs.

"The evidence is powerful, and the question for all of us is what are we going to do about it," said Kerry.

The White House has shared its evidence with U.S. lawmakers, but it's unclear who else has seen the satellite imagery and heard the intercepted phone calls which make President Obama and his cabinet so certain Assad ordered the attack.

Russia, a close ally to the Assad regime, has said its own analysis of earlier alleged chemical weapons attacks in Syria suggested the rebels fighting against Assad had used deadly chemical agents, including sarin gas.

Russian Foreign Minister Sergey Lavrov, speaking Monday in Moscow alongside his Syrian counterpart Walid Muallem, called on the U.S. to focus its attention and efforts on an expected round of diplomacy and negotiations in Geneva, "and not into preparations for military action."

"We believe in a peaceful settlement to the conflict, but if strikes happen, we would have a different stance," warned Lavrov, suggesting the window for a diplomatic solution to the crisis could actually close if the U.S. went ahead with strikes.

Kerry argued the contrary in London, saying negotiations were not possible with an Assad regime that he said felt it could carry out attacks like the one in Ghouta "with impunity".

Assad himself has given his first television interview since Obama sought congressional approval for strikes in Syria, telling "CBS This Morning" co-host Charlie Rose on Sunday that the U.S. and its allies should "expect every action" in retaliation to a strike.

On Monday, Kerry dismissed the Assad regime's repeated denials that it was to blame for the Ghouta attack.

"This is a man without credibility," Kerry said of the Syrian president.

The Secretary of State stressed that "we're not talking about war" with the plans for an "unbelievably limited" strike on Syrian military targets. "We're not going to war."

Asked by CBS News correspondent Margaret Brennan whether there was any way, at this stage, for Assad to stop an attack by the U.S., Kerry said the Syrian leader "could turn over every single bit of his chemical weapons to the international community in the next week. Turn it over. All of it. Without delay, and allow a full and total accounting before that, but he isn't about to do it and it can't be done."

Jen Psaki, a State Department spokesperson, said later that Kerry's one-week ultimatum was not meant to be taken literally.

"Secretary Kerry was making a rhetorical argument about the impossibility and unlikelihood of Asad turning over chemical weapons he has denied he used," Psaki said. "His point was that this brutal dictator with a history of playing fast and loose with the facts can not be trusted to turn over chemical weapons otherwise he would have done so long ago."