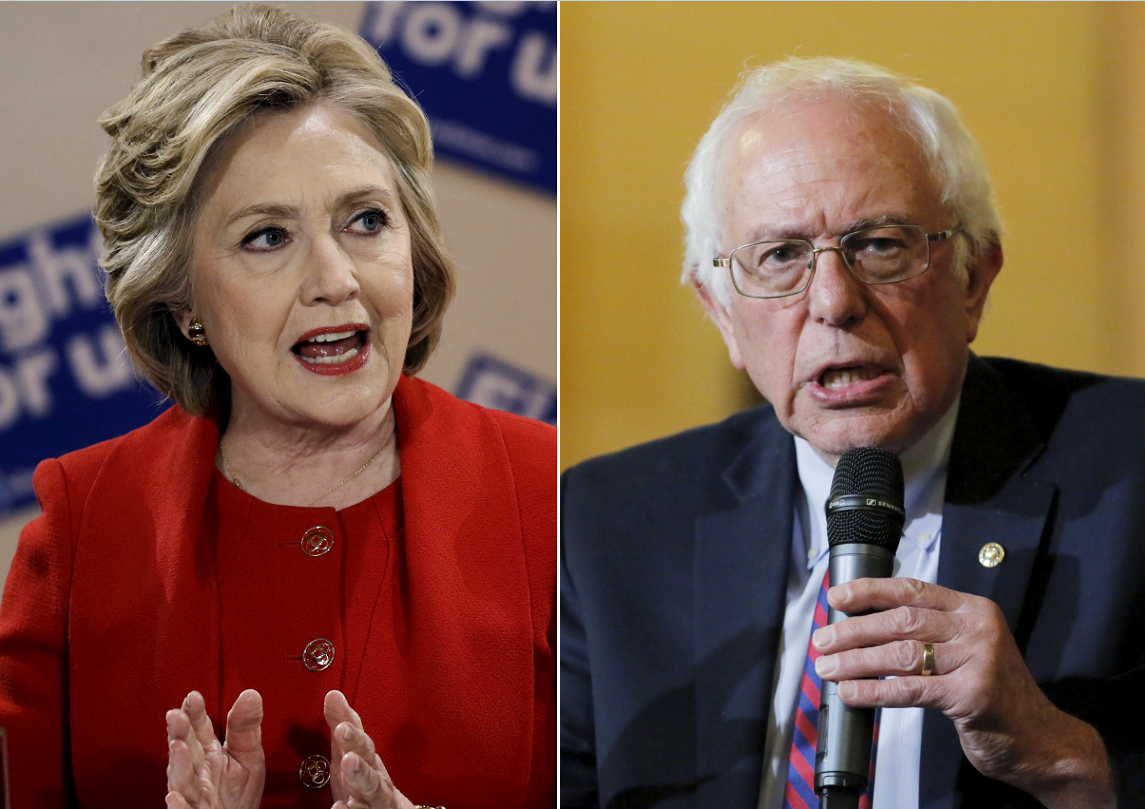 Like Barack Obama eight years ago, Bernie Sanders captured the vote of younger voters under 30, and they made up a greater percentage of the electorate in 2016 (17 percent) than in 2008 (14 percent). And Sanders fared better among these younger voters, winning 71 percent of voters under 30 (compared to 59 percent for Obama in 2008).

Voters between 30 and 44 made up 23 percent of Democratic primary voters, and they were almost evenly divided between Hillary Clinton and Bernie Sanders. In most of the states where exit polls were conducted, the candidate who won the vote of 30 to 44 year olds won the primary.

Men were divided by age between the two candidates, with men under 45 choosing Sanders and men 45 and older voting for Clinton. Men were increasingly likely to vote for Clinton the older they were.

Women were also divided by age, but the generational divide was younger. While Bernie Sanders won decisively among women under 30, Hillary Clinton won a majority of women between 30 and 44. She did even better among women in older age groups.

Black voters made up 25 percent of the Democratic primary electorate in 2016, significantly higher than the 19 percent who turned out in 2008 when Barack Obama became the first black candidate to win the nomination.

Although blacks made up the bulk of non-white voters in the Democratic primaries, Clinton also won the support of a majority of Hispanic and Asian voters, who together made up about 10 percent of Democratic primary voters.

Overall, Hillary Clinton won the support of self-identified Democrats who voted in Democratic primaries and caucuses where exit polls were conducted by a margin of nearly 30 percentage points, while self-identified independents voted for Bernie Sanders by a similar margin. Democrats made up 75 percent of voters, while independents made up just 22 percent.

High turnout among independents was an important factor in states that Bernie Sanders won. Sanders didn't win any primaries where independents made up less than 22 percent of the electorate.

Hillary Clinton ran about even with Bernie Sanders among the quarter of Democratic primary voters who said they were very liberal, and she did considerably better among less liberal voters, beating Sanders by 13 points among somewhat liberal voters and by 26 points among moderates.

In 26 of 27 states, the candidate who got the support of economy voters won the state.

In addition, eight in 10 Democratic voters said they were worried about the direction the economy was headed, including 40 percent who were very worried.

Democratic primary voters looking for a candidate with the right experience backed Clinton in every state where exit polls were conducted - sometimes winning nine in 10 of those voters. Sanders, on the hand, generally won voters who were looking for a candidate who cares about them. Voters who prioritized empathy backed Sanders in 18 of 27 states where exit polls were done.

More than half of Democratic primary voters throughout the primary states said they wanted the next president to continue President Obama's policies. This was especially true in states with high percentages of African American voters. In South Carolina, 74 percent of voters expressed a desire for Mr. Obama's policies to continue.

Vermont and New Hampshire, states Sanders won, were the only two places where voters said they wanted more liberal policies rather than a continuation of the president's. On the flip side, 41 percent of West Virginia Democratic primary voters wanted the next president's policies to be less liberal - the highest in any state.

Clinton won the support of voters who wanted to continue the president's policies, while Sanders prevailed among those who wanted to switch to more liberal policies.