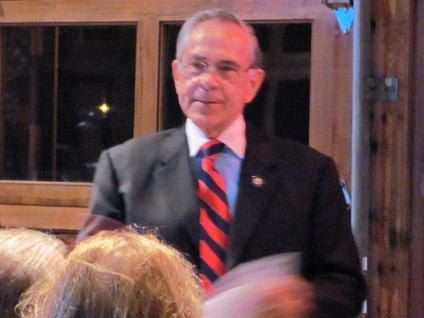 The Associated Press and Politico, citing court documents and a statement, reported that Hinojosa attributes his financial problems to a loan he guaranteed for his family's meat company.

The eight-term congressman was forced to file for bankruptcy after Wells Fargo Bank won an arbitration hearing that found Hinojosa owed the bank $2.6 million. That left him with $2.9 million in liabilities against less than $1.5 million in assets.

Hinojosa family's meat company, which makes Mexican food, declared bankruptcy in 2008. As Politico notes, the Texas Democrat says he does not have "managerial control or oversight" over the company, though he was paid as a consultant between 2002 and 2007. He said the company had been "forced into bankruptcy due to the recent economic downturn and financial market meltdown."

Members of the House earn $174,000 each year. Most members of Congress are substantially wealthier than the average American; As of November 2009, there were 237 millionaires in Congress.