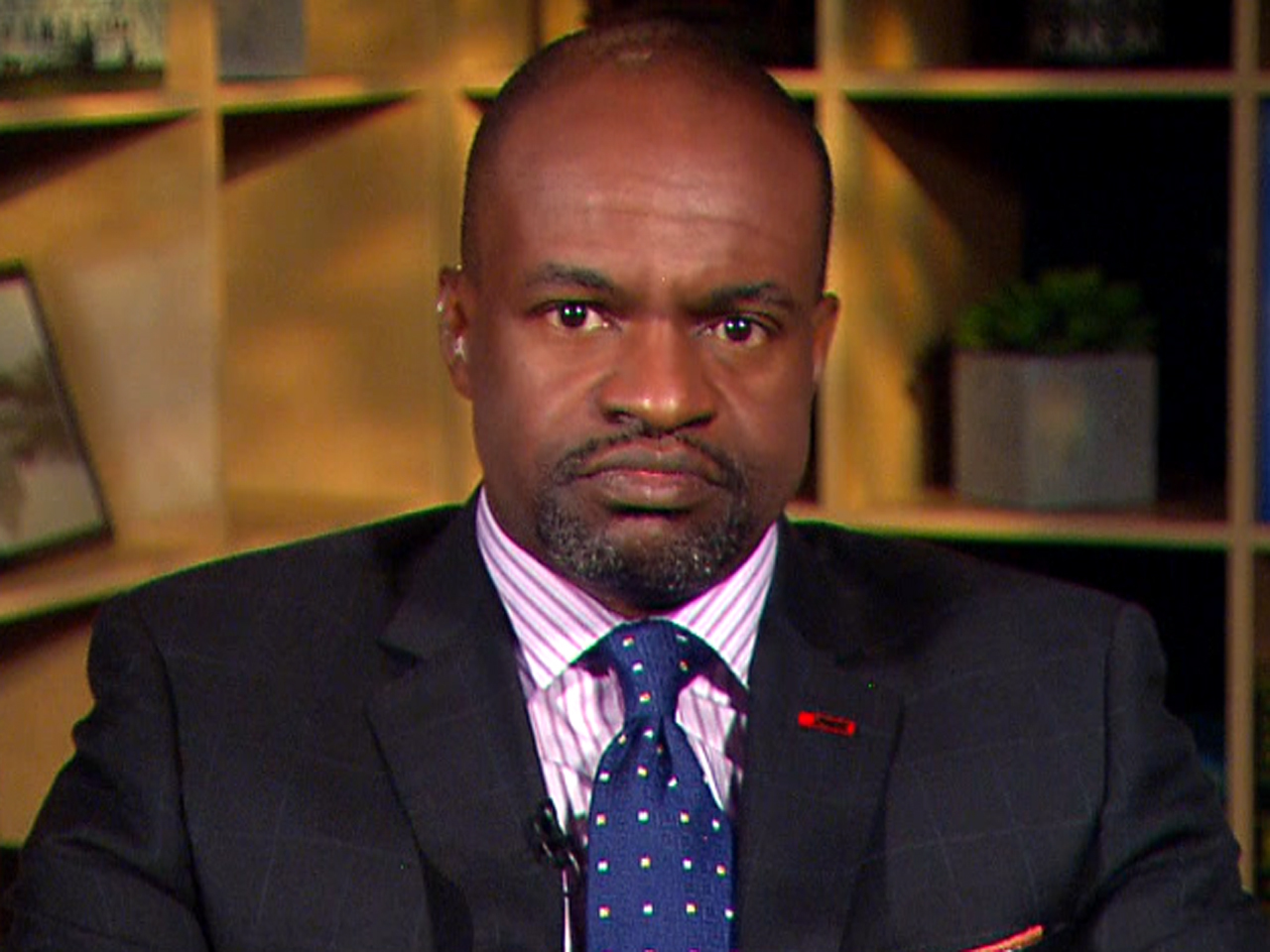 "We're a group of players that have an extremely short career, about three-and-a-half years on average, and we're an industry where our injury rate is 100 percent on the workplace. So the way we look at this issue is a little bit beyond even a bad call on a Monday night. The referees on the field are the first responders for health and safety for a group of players where we know that virtually every player in the National Football League is going to be injured at work," he said on "CBS This Morning" Wednesday.

Smith said since the new collective bargaining agreement between players and the league was reached last year, there's an understanding among the owners that it's important for players to work more safely. He said, "Where we are right now, is inconsistent with that.

"When you take a group of officials who have a collective experience of 1,500 years off the field and you replace them with a group of replacements who don't have that experience, our players know that the workplace today is less safe than it was with the real officials," Smith said.

Smith said he isn't planning for players to sit out games.

"I'm not sure it's ever a good idea to punish our fans because we're mad at the owners. What we're going to do is to make sure that the NFL honors its obligation to keep the workplace safe. We'll take every legal action that we can and that we need."

To see Smith's full interview, watch the video in the player above.

Smith's reaction comes in the wake of Monday night's highly disputed finish to the Packers-Seahawks game, which is still a hot topic for coaches, players, and fans, CBS News correspondent Jeff Glor reported.

Green Bay Packers Coach Mike McCarthy has said, "I received more text messages and e-mails than I did after the Super Bowl, so I can tell the impact it's made"

A disputed touchdown on Monday became the most controversial moment of the National Football League's lingering labor dispute - a call that led the league to release an unusual statement saying the result of the Seattle-Green Bay game is final.

New York Times sports columnist William Rhoden said, "The NFL comes out with a statement, which is basically saying, 'Don't believe your lying eyes,' that it was a right call, they explained procedure. The decision on the field stands. And 'move on'."

Plenty, however, beg to differ. On Tuesday, President Barack Obama was compelled to tweet, saying, "NFL fans on both sides of the aisle hope the refs' lockout is settled soon."

His opponent, Mitt Romney, agreed, saying on CNN, "I sure would like to see some experienced referees with NFL experience come back onto the NFL playing fields."

In Las Vegas, odds makers predicted that $300 million or more changed hands just because of Monday night's call. The question for sports bookers now is what happens next. Gianni Karalis, a sports betting analyst, told CBS News, "We're trying to accumulate data and try to discern some kind of pattern that's possibly is going to give us an edge. Everyone is handicapping these replacement referees."

And wondering when the season might return to normal.