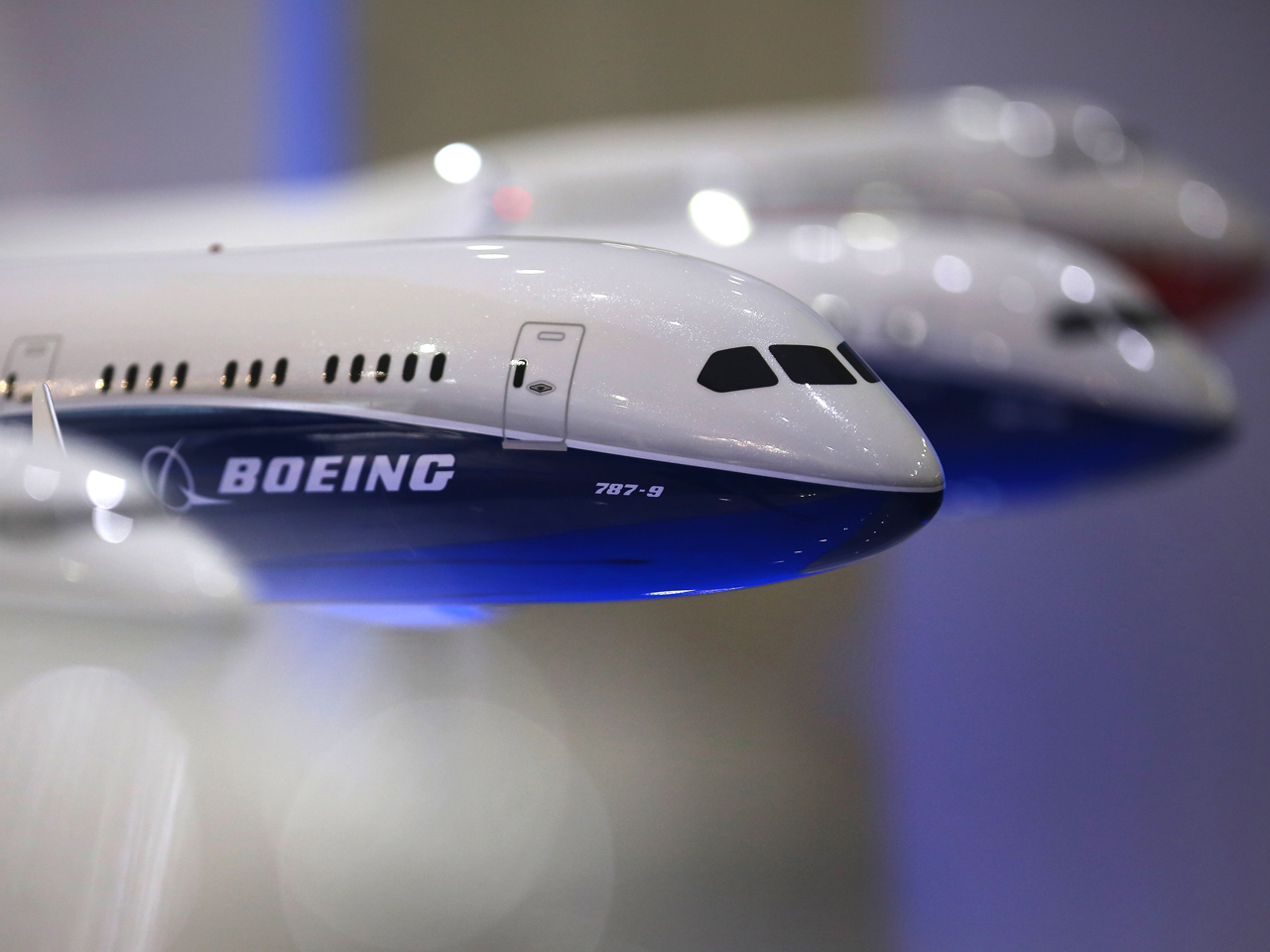 Boeing's fourth-quarter profit rose 26 percent as it delivered more commercial airplanes -- a speedup that it says will continue this year.

However, Boeing ( BA) shares dropped in premarket trading Wednesday after it said 2014 revenue and profit would be lower than analysts have been expecting.

Boeing finished 2013 with a fourth-quarter profit of $1.23 billion, or $1.61 per share, well ahead of the expectation of analysts surveyed by FactSet. Profits grew in both its commercial airplane and defense businesses.

Orders from airlines around the world have pushed both Boeing and competitor Airbus to build more planes than ever before. Boeing says it will deliver 715 to 725 planes this year, an increase of at least 10 percent from last year.

Boeing's profits are benefiting from the surge in deliveries, but not as much as analysts had hoped. On Wednesday it said so-called "core" earnings, which exclude certain items, would be $7 to $7.20 per share, with revenue of $87.5 billion to $90.5 billion. Analysts surveyed by FactSet had been expecting a profit of $7.52 per share on revenue of $92.72 billion.