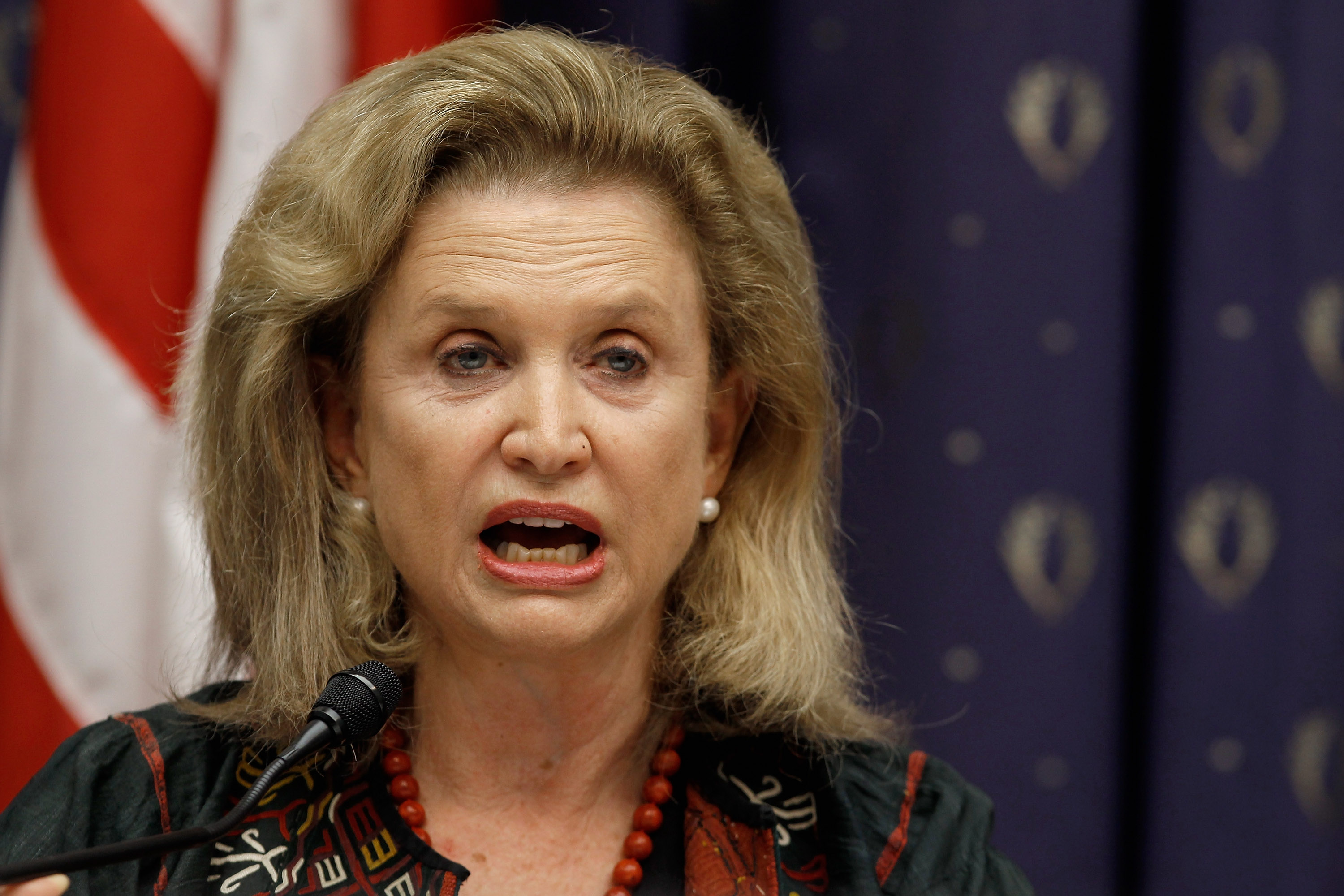 Amid fierce debate over how to reduce gun laws in America, Rep. Carolyn Maloney, D-N.Y., one of Congress's staunchest advocates in favor of stricter regulations, says she's been receiving death threats related to legislation she introduced last week.

Maloney reported in a statement Wednesday that "several death threats" had been phoned into her New York office "in response to news reports about a bill I authored requiring gun owners to have insurance."

The bill, which she introduced into Congress late last month, would require gun buyers to have liability insurance coverage before purchasing a weapon. It would also impose a fine of $10,000 if gun owners other than service members and law enforcement agents were caught flouting that requirement.

"100,000 Americans are injured by guns every year," she said in her statement today. "Carrying insurance is the responsible thing to do."

Maloney said Wednesday that law enforcement had been notified and "are investigating the calls." But she declined to comment further on the nature of the threats.

"Given all the acts of gun violence we have seen in the past two years, the shootings in Aurora and Newtown, the attack on my friend and colleague Gabby Gifford, I take the threat of more gun violence very seriously," she said. "But it is not something that I will allow to stop me from doing my work."