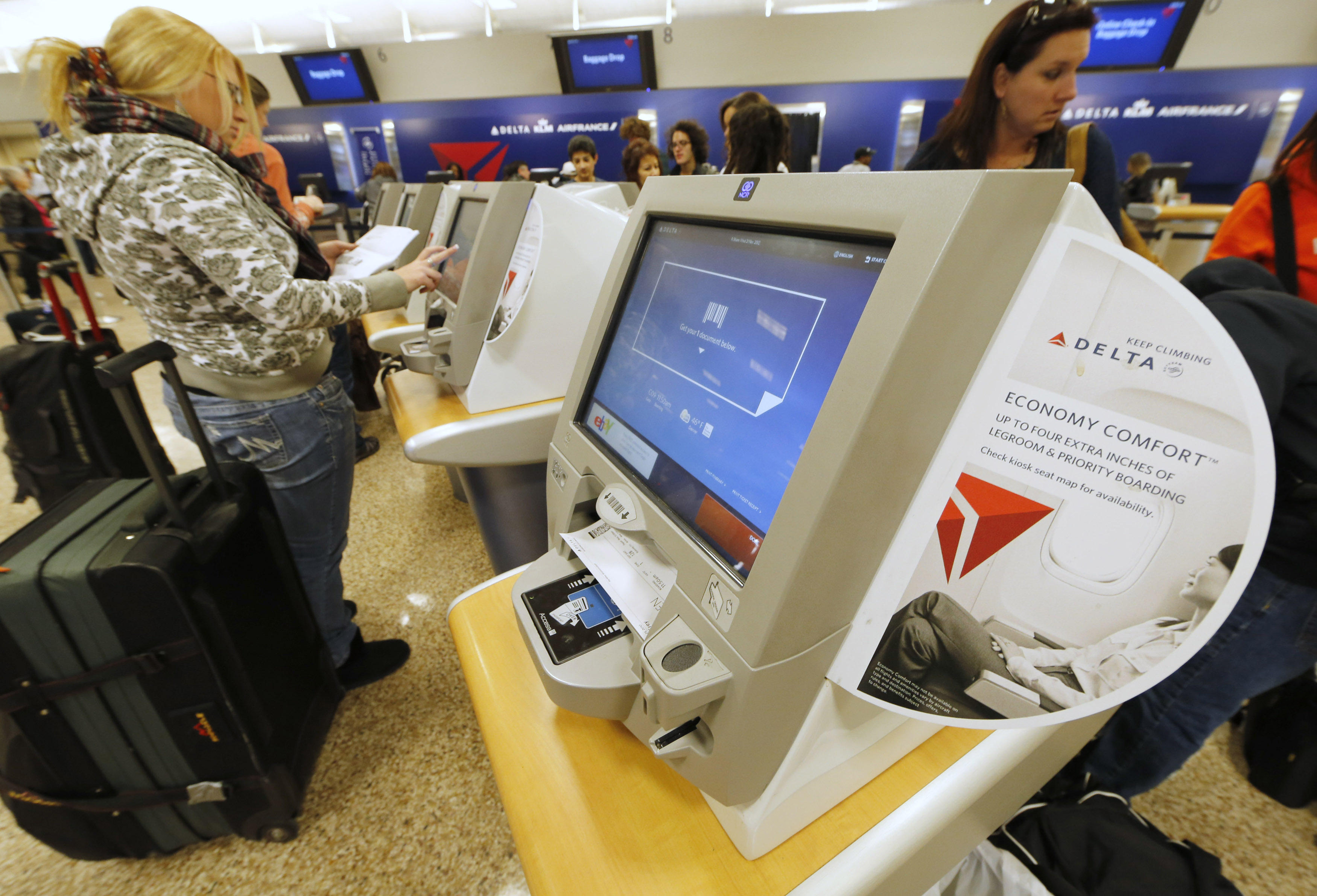 Delta just announced it will launch a new, self-service bag drop powered by facial recognition technology, the first of its kind at U.S. airports.

In short, instead of handing over your luggage to a Delta agent, you'll check it in yourself — as a computer scans your face to confirm that you are who you say you are.

The pilot program will begin at Minneapolis-St. Paul International Airport this summer, Delta said Monday. The airline spent $600,000 on its four new self-service stations, one of which uses facial recognition technology to match customers with their passport photos.

Using facial recognition technology will free up Delta agents to help customers in other areas, the airline said. It cited research saying that self-service bag drops can process customers' bags up to twice as fast as humans can.

A professor at Michigan State University who's done extensive research on facial recognition, Jain called Delta's bag drop program a "viable" use of the rapidly evolving technology, which has already become a mainstay in surveillance, law enforcement, counterterrorism, immigration enforcement, and more.

Facial scanning could accelerate the clumsy check-in process, especially as customers get familiar with it and faster at using with the technology, Jain said. (That familiarization is unfolding in countless other areas; for instance, after Apple introduced Touch ID in 2013, fingerprint scans have since gone from awkward to intuitive for millions of smartphone users.)

But facial recognition at the airport could come with complications, Jain said. Earlier this year, he and other MSU researchers conducted a large-scale study evaluating how accurate facial recognition technology proves to be when only outdated photos are available to use for identification.

The results: in general, facial recognition systems show remarkable accuracy in identifying individuals using photos taken in the past six years. But, that accuracy drops when using photos older than six years.

Passport photos, however, are often older than that. For adults, passport photos only need to be renewed every ten years.

Passport technology is also not optimal, Jain said. Some passports, like all U.S. and E.U. passports, contain a chip that includes all passport data, including one's photo, digitally. But other nations' passports, particularly those from developing countries, don't use this chip technology, meaning customers may have to physically scan their passport photos at bag check — resulting in lower-quality images and potentially less accurate match results.

"There are uncontrolled factors," Jain said.

Law enforcement has made increasing use of facial recognition technology in recent years. Other high-tech methods of identification, like iris scanning, demonstrate strong results. But iris data is not nearly as available as facial images, which government agencies worldwide keep on file.

Nearly half of U.S. adults have their faces in facial recognition databases, CBS News reported in 2016.

Facial recognition programs are most effective at matching faces when there are official photos, like passport photos, driver's license photos, and mugshots on file — the more standardized, the better. In those types of photos, individuals are typically well lit, stand at a fixed distance from the camera, show their whole faces, and refrain from smiling.

In these contexts, facial recognition accuracy is "very high" at around 98 percent, Jain said. The National Institute of Standards and Technology, a government research laboratory, is closely monitoring how facial recognition technology is evolving and improving over time.

But once you throw in certain variables — individuals not fully facing the camera, sunglasses or hats disguising some features, individuals rapidly moving through dimly lit areas — the accuracy of matches plummets.

Improving matches for so-called "uncooperative users," such as suspects captured in security footage, is the next frontier for facial recognition, Jain said.

"The government is investing heavily in unconstrained imaging environments with uncooperative users," he said.