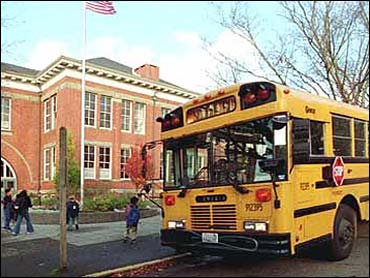 Enrolling children in first grade later rather than sooner may give them a head start on building their self-esteem, a new study shows.

Researchers found students who started first grade at an older age relative to their classmates scored higher on measures of self-esteem years later.

Grouping children by year of birth is a necessity for most school systems. But in recent years a debate has emerged about whether children whose birthdays fall near the "cutoff" for their age group should be held back or encouraged to enter first grade early.

According to the results of this study, researchers say parents should consider deferring school entry if their child will be among the youngest in first grade.

"Children who enter grade one that are younger than their classmates are at a slight disadvantage, and it would usually be ill-advised to try and get them in early," says study author Angus Thompson, PhD, of the University of Alberta. "In fact, for the very young ones, it might aid their development and self-confidence to hold them back and put them in class the following year."

Researchers say building self-esteem in children is important because studies have shown that children who are self-confident are more likely to be happier, healthier, and more successful as adults.

In the study, which appears in the winter issue of Educational Research, researchers analyzed the records of 1,100 schoolchildren in Edmonton, Canada, enrolled in grades first through ninth. The records included general demographic information as well as information on age at which they entered first grade, family structure, and self-esteem.

The age range for entry into first grade is from 5.5 to 6.5 years old in Alberta, but parents are given some discretion regarding the year they enroll their children in school.

Researchers found that at all ages, self-esteem levels rose as age at school entry increased. The students who were older than their peers consistently scored higher on measures of self-esteem compared with their younger counterparts.

Experts say the results of the study are interesting, but the age at which a child starts school is only one of many factors that play a role in shaping a child's self-esteem over time.

Overall, the outlook for children of approximately the same age starting first grade is very good, but there will always be exceptions, says child psychiatrist Charles D. Casat, MD, director of the Research Behavioral Health Center of the Carolinas HealthCare System. However he says it's important not to take those exceptions out of context and attribute them to any single factor, such as age.

"I think everybody concedes that the group of kids going to school who in a given [group] are younger are at a variable kind of disadvantage," Casat tells WebMD. "But that kind of risk factor has to be weighed in the totality of risk factors of the child's life."

"It's important to remember that kids are growing up along simultaneous dimensions, including social, emotional, physical, and intellectual, and there are a myriad of other factors to be considered when you start talking about any one kid and not a group of kids," says Casat.

Thompson says another major factor that has a positive effect on children's self-esteem and emotional development is participation in clubs, sports, and other organized activities.

"There is also evidence that children who are given responsibilities and chores to do where their work is benefiting someone else also have higher self-esteem years later," says Thompson.

Casat says the absurd conclusion of the study is that in order to maximize success in school, everybody ought to enter at a significantly later age. But of course, he says, that's impossible, and it's also not feasible to have kids enter school every month.

"This tendency to promote a child in a way that sort of ironically hinders the outcome, I think people are beginning to think twice about that," says Casat.