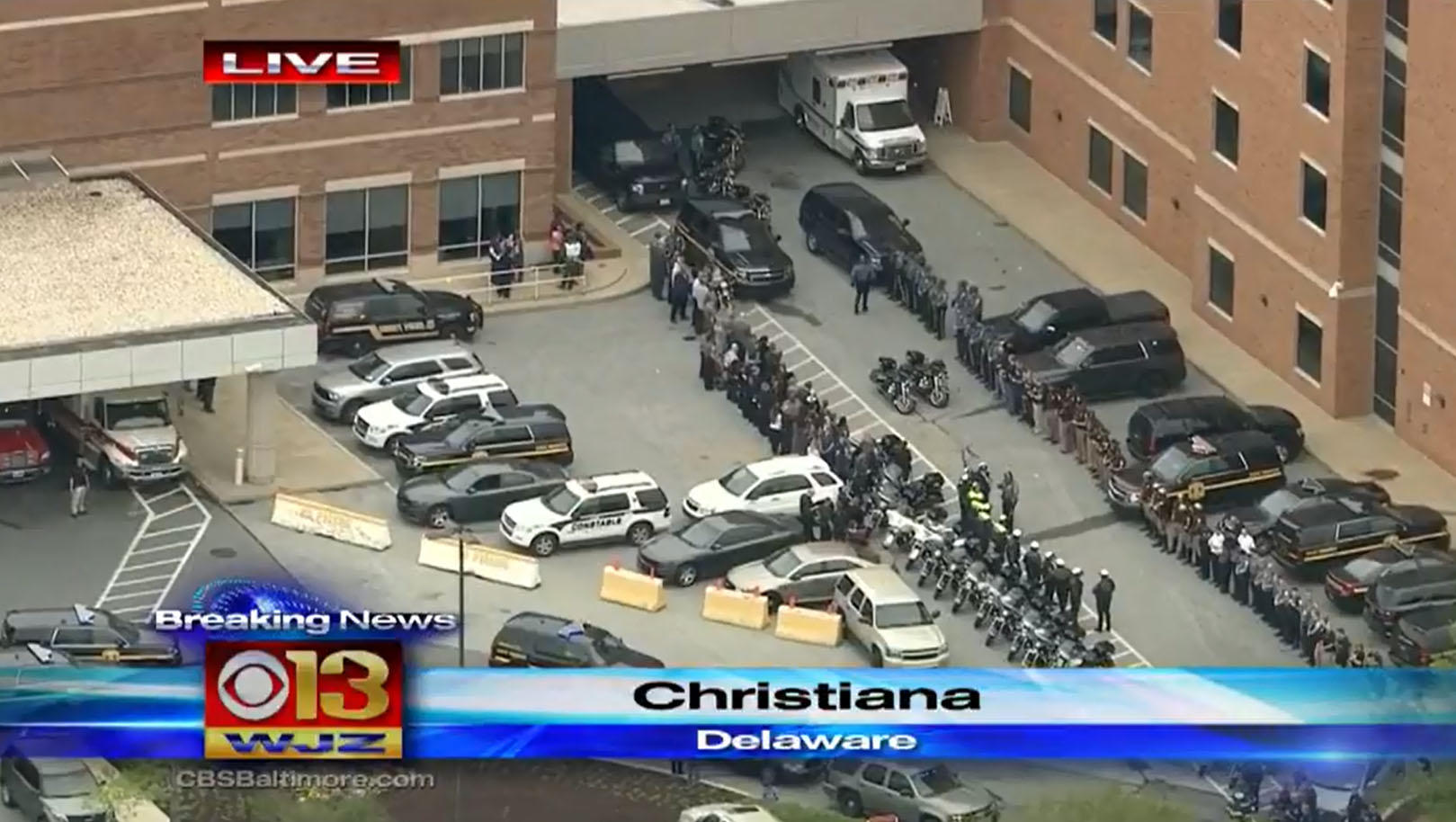 State police said Wednesday at a news conference at a hospital that Ballard received treatment at the scene and was taken to the hospital, where he died.

He was shot earlier Wednesday at a Wawa store in Bear, reports CBS affiliate WBOC. The Ballard approached two men inside, and an altercation ensued.

One man got out of the car and shot the trooper several times before running away, McQueen said. The other man was arrested at the scene, he said.

"This is a sad day for our state and for the Delaware State Police family," McQueen said, with Gov. John Carney at his side.

Police tracked the gunman to his home in a subdivision of two-story houses in Middletown, about 15 miles south of where the trooper was shot. The gunman, alone in the house, refused to leave and fired several shots at officers surrounding the home, state police spokesman Master Cpl. Gary Fournier said. No other officers were injured.

"There have been multiple gunshots that have come from the house at police officers," Fournier said.

Hostage negotiators were on the scene and established contact with the man in an effort to get him to surrender peacefully, Fournier said. But there was no quick resolution as the standoff stretched into the evening.

After 8 p.m., police used an explosive device to blow the door of the house off its hinges, but officers did not immediately enter the home, Fournier said.

Police used a robo-calling system to tell residents in the areas to stay inside and lock their doors. The Appoquinimink School District went on lockdown, keeping all students and staff inside school buildings. They were later allowed to leave as police secured the area.

Police have identified the man, Fournier said, but have yet to release his name.

One witness, Clarence Travers, told The News Journal of Wilmington that he heard gunfire while sitting at a red light and saw a police officer fall to the ground. After the initial gunfire, Travers said he saw a man get out of a car and shoot the officer on the ground multiple times before getting away.

Police have not corroborated Travers' version of events.

A caravan of law enforcement vehicles accompanied the slain officer's body to the state Division of Forensic Services for an autopsy, and observers placed their hands over their hearts as it passed by.

"My heart is with the officer's family and the officers who have served beside him. Delaware's law enforcement officers go to work every day knowing they put their lives on the line to protect ours. We are incredibly indebted to their bravery and service."