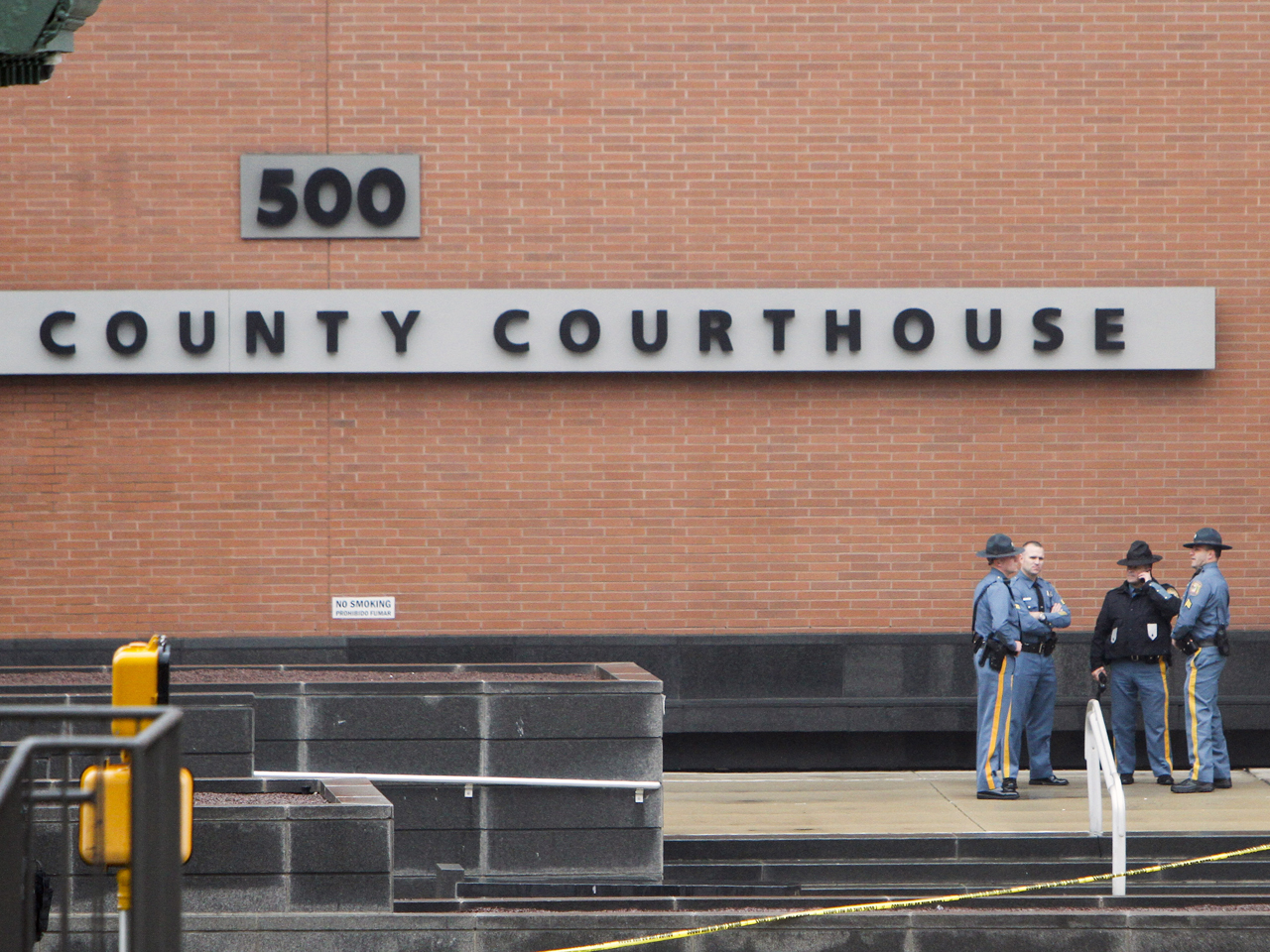 WILMINGTON, Delaware -- A man whose ex-wife was gunned down by his father at a Delaware courthouse was sentenced along with sister Thursday to life in prison on federal cyberstalking charges.

In sentencing David Matusiewicz and Amy Gonzalez, the judge described the stalking and shooting of Christine Belford as a "crime of malice" that struck at the heart of the state of Delaware's judicial system and tore the fabric of the community.

Judge Gerald McHugh Jr. also said the killing of Belford by Thomas Matusiewicz, David Matusiewicz's father, robbed her three daughters of their mother and their "childhood innocence." The murder ended what had been a bitter custody battle between David Matusiewicz and Belford.

After shooting Belford and and her friend, Laura Beth Mulford, Thomas Matusiewicz, 68, traded gunfire with police before killing himself. His widow and children have denied knowing that the former New Jersey police officer planned to kill Belford.

David Matusiewicz, 48, declined to speak before being sentenced but submitted a written statement to the court. He showed no emotion when he was sentenced.

Gonzalez, 43, tearfully apologized to everyone affected by the shooting deaths of Belford and Mulford at the New Castle County Courthouse in February 2013. Mulford had accompanied Belford there for a child support hearing involving the three daughters Belford had with David Matusiewicz.

Lenore Matusiewicz, 70, the widow of Thomas Matusiewicz and mother of David and Amy, was sentenced to life in prison last week as she lay in a hospital bed in Philadelphia. Family members have said Lenore Matusiewicz is dying and has only a few months to live.

All three were convicted of conspiracy and of cyberstalking resulting in death, a crime for which prosecutors said there had been no previous conviction.

Prosecutors said the Matusiewicz family engaged in a three-year campaign of tormenting and stalking Belford in an effort to regain custody of the children for David, accusing Belford in online postings, emails and letters of sexually abusing her oldest daughter, an allegation that was never proven and which the daughter denied in sworn testimony. David's parental rights had been terminated in 2011 after he and his mother kidnapped his daughters in 2007 and took them to Central America, where they spent 18 months before being tracked down.

"They left permanent scars in this community," said David Weiss, acting U.S. attorney for the case. He said severe punishment for the defendants was "absolutely warranted."

"This was the only way that the court was able to protect the children ... and anyone else in this community who happened to draw the ire of the Matusiewicz defendants," Weiss said.

Lead prosecutor Jamie McCall called the courthouse shootings "a symbolic attack" on a judicial system that the Matusiewicz family believed had unfairly treated David. During their investigation, authorities found what prosecutors called a "hit list" drawn up by the family that included the names of judges and attorneys who had been involved in Family Court disputes between Belford and David Matusiewicz, as well as the name of the federal judge who sent David to prison on kidnapping and bank fraud charges.

"As part of his decision to kill Christine, he never told any of us about that. He just did it, and that was the way he was," Lenore Matusiewicz told the judge at her sentencing.