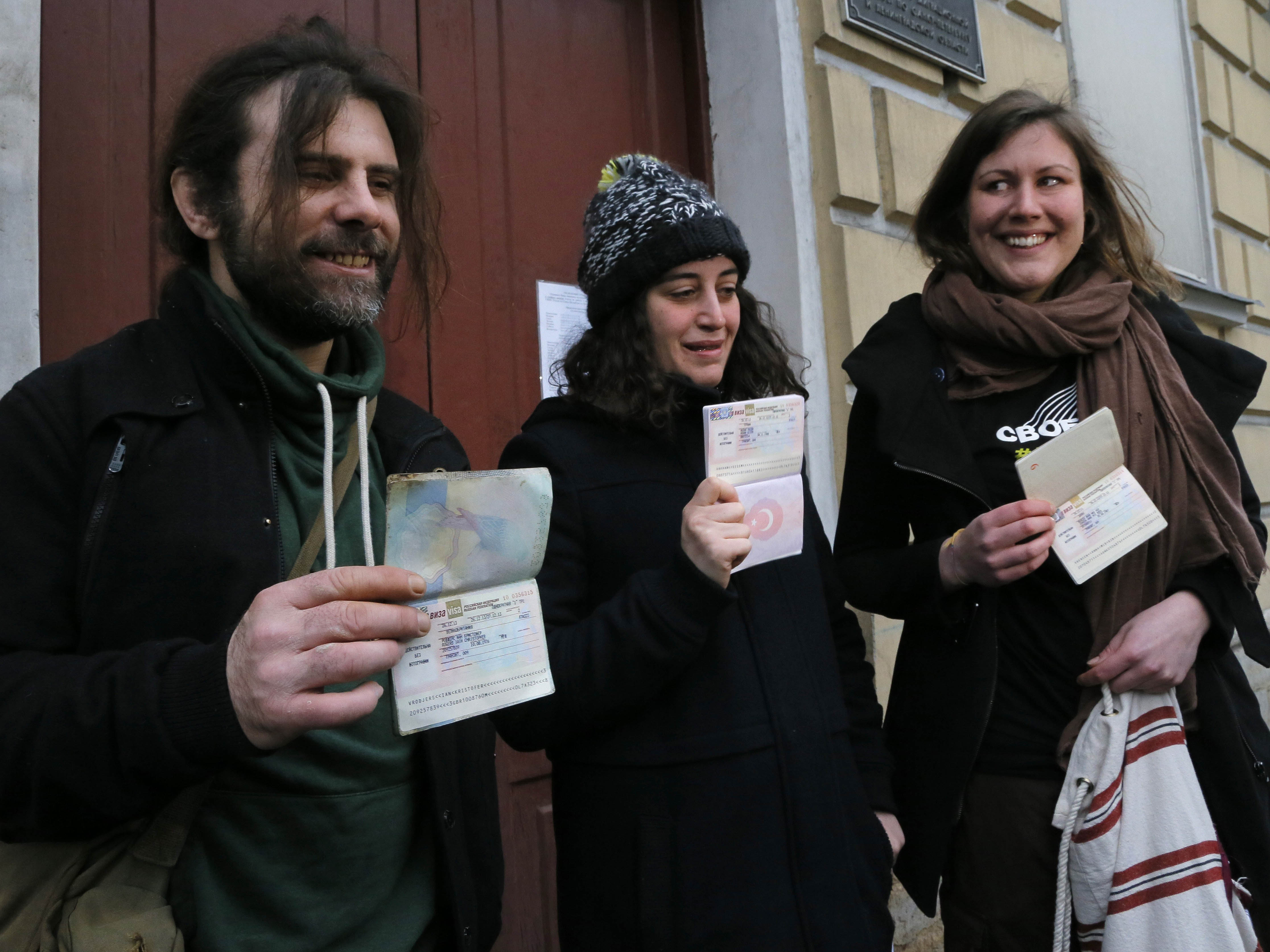 LONDON - Greenpeace activists released following an amnesty over their eye-catching protest in the Russian Arctic say they aren't giving up the fight.

As members of the 30-strong Greenpeace crew arrested for protesting outside an oil rig arrived home from Russia, messages of defiance poured forth in interviews and statements released by local branches of the environmental group.

"Absurd theater," was how Danish activist Anne Mie Roer Jensen described the roughly 100-day experience in Russia, promising more action to protect the far north from energy extraction. "The fight against the oil drilling in the Arctic has only just begun."

The crew members were detained in September and charged with piracy after some of them aboard the Arctic Sunrise boat attempted to scale an offshore drilling platform owned by Russia's state-owned natural gas giant Gazprom.

Those allegations were later downgraded to hooliganism before being dropped altogether following the passage of an amnesty law widely interpreted as an attempt by Moscow to temper foreign criticism of Russia's human rights record before the Winter Olympics to be held in Sochi, Russia, in February.

Russian President Vladimir Putin has questioned the Greenpeace protesters intentions to protect the Arctic and alleged that they were trying to hurt Russia's economic interests. He said earlier this month that he did not mind that charges against the team were dropped under the amnesty, but that he hoped that "this will not happen again."

Briton Anthony Perret, the first to be released, told the BBC the ordeal was "definitely worth it."