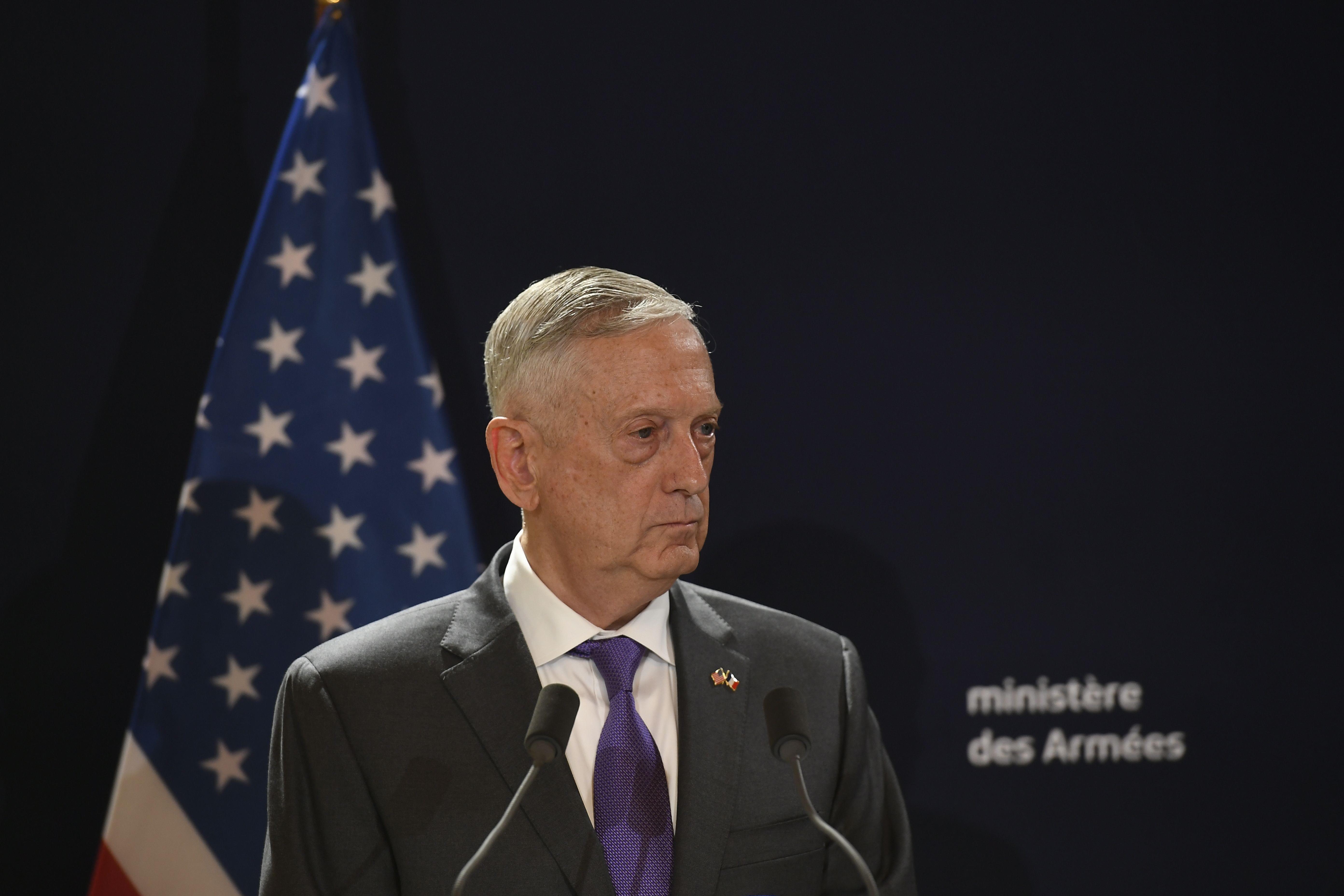 Defense Secretary James Mattis said that Russian President Vladimir Putin "tried to muck around" in November's midterm elections, amid increasingly tense relations between the U.S. and Russia. He also vowed that those responsible for Saudi journalist Jamal Khashoggi's death would be held accountable. Mattis spoke to Fox News' Bret Baier at the Reagan National Defense Forum in Simi Valley, California, on Saturday.

Mattis said that American intelligence is seeing "a continued effort" by Russia to interfere in American elections, after they meddled in the 2016 presidential election. However, Mattis did not say he had seen an uptick in the level of interference.

"I don't know that the effort has increased but it has continued," he said, adding, "We'll do whatever necessary to defend."

One contributing factor is the heightened Russian aggression against Ukraine. President Trump canceled a scheduled meeting with Putin at the G-20 summit in Argentina on Saturday, citing the Russian standoff with Ukraine in the Sea of Azov. According to press secretary Sarah Sanders, Mr. Trump did speak briefly with Putin on Friday, as he "had a number of informal conversations with world leaders at the dinner last night, including President Putin."

Mr. Trump's former lawyer, Michael Cohen, pleaded guilty to lying to Congress on Thursday as part of Special Counsel Robert Mueller's investigation into Russian interference in 2016. Mr. Trump has repeatedly referred to the investigation as a "witch hunt."

Mattis also said Saturday that the U.S. would be "unrelenting" in its efforts to ensure that those responsible for Khashoggi's murder are held accountable, while at the same time maintaining a unified front against Iran's disruptive regional behavior.

"When it comes to the Khashoggi murder we have every expectation that whoever was involved in this – whether directly involved or directed the murder – is going to be held to account," he said. "That is our country's expectation."

"We see that as not in any way reducing the strategic imperative to work together with as many nations as possible to keep Iran's…murderous mischief under control," Mattis said.

Last week, Mattis, along with Secretary of State Mike Pompeo, provided a classified briefing to senators on Capitol Hill in an effort to shore up support for continued U.S. engagement in the Saudi-led war in Yemen. In a striking rebuke to the administration, lawmakers hours later voted overwhelmingly, 63-37, to advance a resolution to cut American military support for the Saudis.

On Saturday Mattis indicated he would continue to push for U.S. engagement while acknowledging the outcome remained uncertain.

He reiterated his previous comments, made last week, that U.S. intelligence had not turned up a "smoking gun" linking Crown Prince Mohammed bin Salman to a direct order for Khashoggi's murder. He sidestepped a question about a recent report in the Wall Street Journal that included new details from the CIA's assessment about the prince's involvement.

"I have seen all the intelligence we have," Mattis said. "Right now we do not have a smoking gun."

"For all of us who need role models, he always put others first," Mattis said.