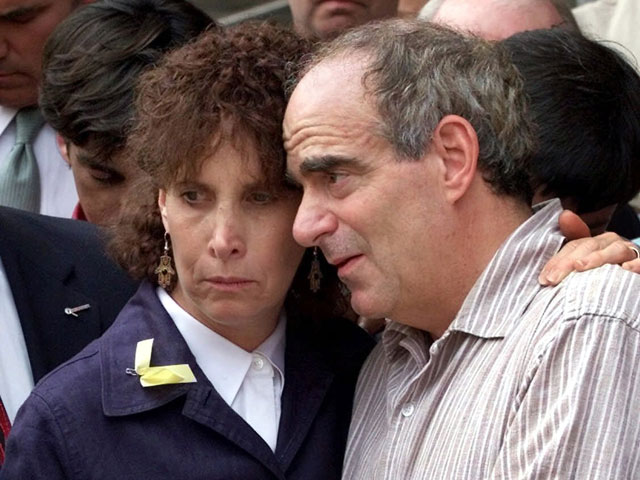 WASHINGTON -- Defense attorneys for a man convicted of killing former Washington intern Chandra Levy are making clear that at his second trial they plan to offer jurors evidence pointing to a different one-time suspect in the case: former California Congressman Gary Condit.

Levy's 2001 disappearance created a national sensation after the 24-year-old Modesto, California, native was romantically linked with Condit, a Democrat. He was at one time the primary suspect in the case but eventually ruled out by police. Defense attorneys argued in a motion filed Wednesday, however, that Condit was "a main suspect" and had a "powerful" and "obvious" motive to kill Levy and or cover up her death.

"Mr. Condit was fully aware of the cost he could pay if his affair with Ms. Levy became public. He therefore had an obvious motive to kill Ms. Levy in order to keep the relationship secret, and an equally powerful motive to cover-up the circumstances of her death if she died while she was with him - either through his intentional conduct or otherwise," the defense wrote.

A jury ultimately convicted another man, Ingmar Guandique, of Levy's murder. Levy's remains were found in Washington's Rock Creek Park in 2002, and prosecutors argued her death fit a pattern of attacks Guandique committed on female joggers. Guandique was convicted in 2010 and sentenced to 60 years in prison, but last year prosecutors dropped their opposition to defense attorneys' request for a new trial.

Prosecutors said they believe the jury's verdict was correct but the "passage of time and the unique circumstances of this case" had made opposing a new trial more difficult. The trial is now scheduled for October.

In a court filing Wednesday, defense attorneys made their case for being allowed to take depositions from three women who had sexual relationships with Condit. They also asked to depose a friend of Condit's who served as his bodyguard and driver. The defense said the depositions were necessary because having the witnesses testify at trial presented hardships.

The judge overseeing the case, Robert Morin, said one of the women can be deposed to preserve her testimony because she is ill. Prosecutors said a second woman would be available to testify.

Defense attorneys wrote that those two women have said they feared Condit. They also wrote about knotted tights found near Levy's remains and believed to be used to restrain her; defense attorneys said the two women would testify Condit had a sexual interest in tying them up. The judge declined to allow the depositions of the two other witnesses at this time.

During the hearing, prosecutor Deborah Sines said the defense was making headline-grabbing accusations to get media attention, accusations that have a "very good chance of tainting a jury pool." Prosecutors said in a court filing earlier this month that none of the four witnesses defense attorneys wanted to depose knew Levy or Guandique and that their testimony is "not relevant."

"The speculations of these witnesses about what they feel may have happened to Chandra Levy does not constitute competent admissible evidence," prosecutors wrote.

Condit testified at trial that he didn't murder Levy but evaded questions about an intimate relationship saying, "We're all entitled to some level of privacy." An email sent to his one-time attorney Thursday afternoon was not immediately returned. An attempt to reach Condit through a family member was also unsuccessful.