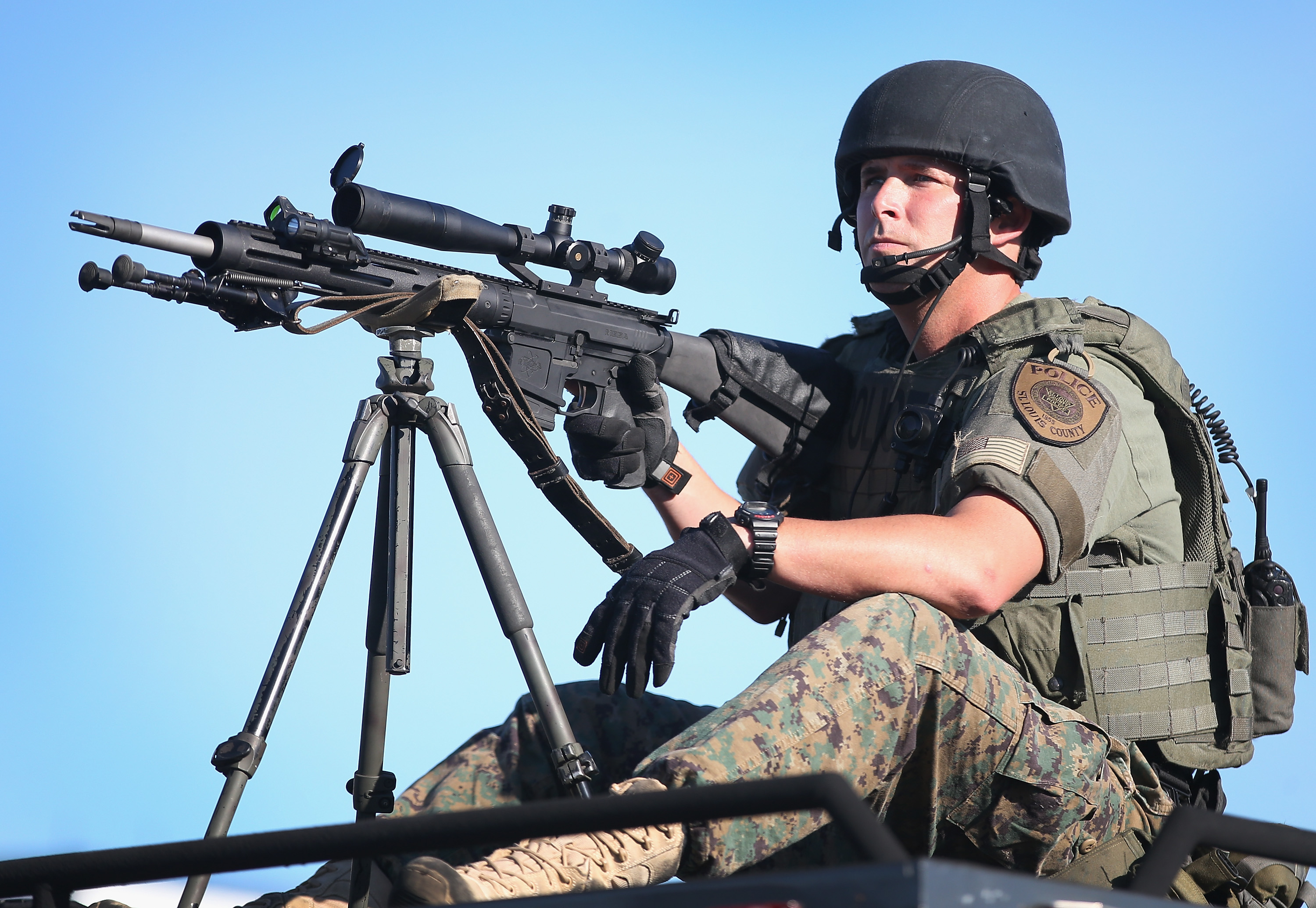 The House of Representatives voted as recently as June on whether or not to keep funding a program that lets the Defense Department give local police forces free military equipment. The members of Congress who voted in favor of the program have received on average 73 percent more in campaign donations in recent years from the defense industry than those that voted against the program, according to an analysis from MapLight, a nonpartisan research organization that studies the influence of money in politics.

Leaders in Washington expressed shock this week at images from the Wednesday night protest in Ferguson, Missouri, where largely peaceful demonstrators were met by police forces decked out in combat gear. However, Congress has allowed police forces in Ferguson and around the country to receive billions in military equipment straight from the Defense Department for free.

The House voted in June on an amendment, sponsored by Rep. Alan Grayson, D-Fla., to partially defund the Defense Department program that transfers military equipment to police. The amendment failed by a vote of 62 to 355.

MapLight examined campaign contributions that House members received, from 2011 through 2013, from PACs and individual employees of employers such as Defense aerospace contractors, Defense shipbuilders, Defense Research & Development firms and others.

"This is a useful program that allows for the reuse of military equipment that otherwise would be disposed of that can be used, again, by law enforcement agencies to serve their citizens," Navy Rear Adm. John Kirby, the Pentagon press secretary, told reporters Thursday. "That said, it is up to law enforcement agencies to speak to how and what they gain through this system."

Rep. Hank Johnson, D-Ga., who has produced legislation that would put several constraints on the federal program, wrote in March about some of the reasons why the defense industry supports the program.

"By passing off still-good equipment to America's municipal police forces, it allows the defense industry to ask for more funding for more equipment," he wrote in a USA Today op-ed. "It's like donating a relatively new sweater to Goodwill, allowing the purchase of a new, yet unnecessary, sweater from Macy's."