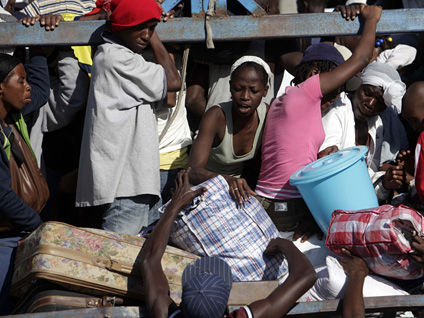 
What is it with these Yalies and doo-doo? In the 1980s George Bush (41) was lampooned for describing political trouble as "deep-doo-doo." Last week on his campaign plane, John Kerry dredged up the d-d word again. "They're so scared I'm gonna step in doo-doo," Kerry told reporters when he noticed both senior adviser David Morehouse and press secretary David Wade hovering over him as he spoke on the flight from Dulles to Cincinnati.

Kerry had actually stepped in shallow doo-doo the day before when he got a little flustered when asked about criticism from conservatives that he couldn't reconcile his pro-choice policies with his Catholicism.

"I'm not a church spokesman. I'm a legislator running for president," said Kerry. "My oath is to uphold the Constitution of the United States in my public life. My oath privately between me and God was defined in the Catholic church by Pius XXIII (sic) and Pope Paul VI in the Vatican II, which allows for freedom of conscience for Catholics with respect to these choices."

Kerry's theology is a little shaky but his confusion between Popes John XXIII and Pius XII was even more jarring - especially to Catholics who are hoping a holy war isn't about to be waged over Kerry's pro-choice stand.

The archbishop of Boston Sean O'Malley sidestepped the issue for now by refusing to take a stand. Rev John Ardis, director of the Paulist Center in Boston where Kerry attended Easter mass and received Communion, told Reuters that he had received a call from the archdiocese of Boston last week. "They wanted me to know that the archbishop has not taken a stand and he (Kerry) is free to receive the Eucharist."

The archbishop of St. Louis, Raymond Burke HAS taken a stand - he told Kerry not to "present himself" for communion - and there will be continuing pressure from inside and outside the Catholic Church on Kerry's status as the campaign continues. But Kerry's real Catholic problem may be more cultural than theological.

It's the doo-doo issue.

A friend of Kerry's from Massachusetts told me over the weekend that he wants Kerry to talk more about his time at Boston College law school and less about his years at St. Paul's and Yale. Kerry's primary campaign spent months trying to overcome the "aloof elitist" rap by showing him surfing, riding his Harley, and playing the guitar but they struck pay dirt when they surrounded him with his "band of brothers" from Vietnam. These gritty guys validated him as one of them.

Kerry has been razzed for his style since the 1970s when cartoonist and fellow Yalie Gary Trudeau featured him in his Oct. 22 Doonesbury comic strip. Kerry was portrayed thinking at the end of a speech: "You're really clicking tonight, you gorgeous preppie." He was nicknamed "Live Shot" by the Boston press for his obsession with the camera, and never quite fit in with the wisecracking Irish Catholic crowd in Boston.

But his campaign is staffed with a number of Catholics from working class sections of Dorchester, Southie and Providence, and most of the Boston Irish who used to focus on the Forbes in the middle of his name have now fallen in line. John Edwards topped him during the primaries as the candidate who cared more about people. Now Kerry's up against George W. Bush, whose strength is his ability to connect with real people.

The Kerry campaign is now about to start using some of the big bucks it has collected to define him. Polls have shown that while people know Kerry's name, they don't really have much information about his biography. The ads and campaign photo-ops should help, but to really keep him out of doo-doo, they had better watch his mouth.

Our Politics and the New Sophists