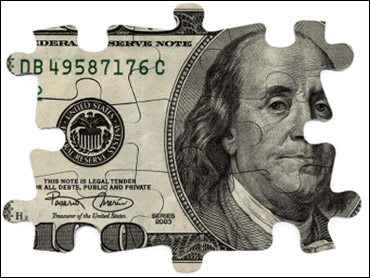 Americans are burdened with more credit card debt than ever, so it's no surprise they're turning to companies who promise to help reduce debts -- for a fee.

The companies' ads are plastered across TV and radio, offering to "cut your debt in half" and other fantastic-sounding promises. While the commercials sound enticing, many consumers are hurt by the providers' shady practices, Gibbons observed.

"In the past, home equity or year-end bonuses could be used to help pay off debt," she said. "But those options have disappeared, along with the ability to easily obtain a loan or additional credit cards. This makes many people struggling with bills prime targets for debt settlement companies."

The number of such companies has increased dramatically over the past couple of years. Unfortunately, the number of complaints against them has grown, as well: The Federal Trade Commission says gripes more than quadrupled between 2006 and 2007. State attorneys general report being flooded with complaints, too.

In North Carolina, complaints doubled last year, while in Florida they tripled, spokespeople for the state attorneys general said. And in New York last week, Attorney General Andrew Cuomo launched an investigation into the companies, subpoenaing 14 from across the country and one law firm.

"Today, millions of hardworking Americans are finding themselves imprisoned by debt. In response, a rogue industry has stepped in, offering consumers false hope, charging tremendous fees, and leaving them in a worse financial situation," Cuomo says.

Other consumer advocates agree that these companies are bad news. And most of them have an "F" rating from the Better Business Bureau.

What are debt settlement companies offering, and why are many of them so bad?

In general, Gibbons said, the companies agree to contact your creditors and negotiate reduced balances.

Gibbons explained where the trouble begins: