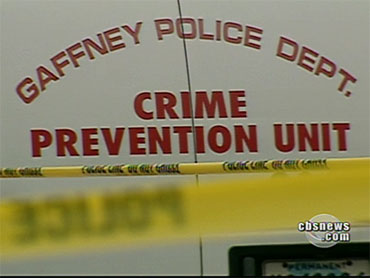 As long as there have been credit cards, there have been people with credit problems. There are lots of companies out there willing to help get these problems under control, but they come with some strings attached. Personal financial advisor Ray Martin visits The Early Show on Wednesday to share his advice for anyone seeking credit or debt counseling.

Ads for credit-counseling agencies fill TV and radio airwaves, mailboxes and phonebooks. If you're worried about your debt, their services may sound like welcome relief, but they all don't operate on the up and up.

First of all, they are not regulated by the federal government and only 17 states have any laws that do regulate such businesses. This means that anyone can start up a credit-counseling or debt-consolidation company. The largest and best-known company is actually a national network of offices; member agencies typically use the trademarked name Consumer Credit Counseling Services.

Services offered by debt counselors
Some companies offer budget and financial-management education. Customers may sit down with a counselor and draw up an "action play" to get out of debt.

More often than not, however, the counselor will suggest a Debt Management Plan, or DMP. Instead of an individual trying to pay off several credit accounts each month, he sends one check to the counseling company, which then disperses the money among the creditors. The company also contacts creditors to request lower interest rates and/or lower monthly payments on behalf of the individual.

How do these debt counselors make money?
Customers agree to pay a start-up fee, often called a "voluntary contribution," and monthly maintenance fees. Martin says the average start-up fee is around $20 and the monthly fees about $12. Here's where things start to get a little sticky. Other companies charge as much as 100 percent of your first monthly payment as a start-up fee. In several newspaper articles, disgruntled customers said this fee was not made clear until they had sent in their first monthly payment and learned none had gone to creditors.

A U.S. News and World Report article described another common complaint:
"But after three months in AmeriDebt's program, the man was $900 deeper in the red. AmeriDebt, he says, failed to pay his creditors on time, generating late fees and other penalties." (June 17, 2002)

The biggest source of income for debt-counseling companies comes from credit card companies themselves. Creditors kick back a percentage of each monthly payment to the debt counselor. The creditors write this off as a debt-collection fee, assuming that they are getting more money back than if the card-owner went bankrupt.

This is the most important thing to remember when signing on with a debt counseling company: THE COMPANY IS NOT THERE TO HELP YOU! The company wants to place you in a DMP so it can earn money from creditors. Credit-counseling agencies are all registered as non-profits. Don't be fooled, this doesn't mean you are getting an advocate.

"What this amounts to is that credit-counseling companies are paid by creditors to be their debt collectors," Martin says.

Your Credit Report
It is important to keep in mind that the words "Managed by Credit Counseling Company" will appear under each account on your credit report that is involved in the DMP, Martin says. "This is industry code-speak for "Credit Loser."

Also, if you fail to make monthly payments as agreed, that will show up as uncollected debt on your credit report for seven years - a red mark almost as bad as bankruptcy.

What To Do
The above should not scare everyone away from credit counselors. The Georgetown University survey reported that teaming with a counseling company benefited consumers on the brink of bankruptcy or those who were otherwise incapable of managing their debt. They improved their credit-risk scores, reduced the number of credit accounts and reduced the number of delinquent payments.

If you are in serious financial trouble and know that you cannot or will not get yourself out of debt, you may be a candidate for debt-counseling services.

If you do decide to enroll in debt services, Martin recommends the following:

Check for Consumer Complaints: Check your state attorney general and the Better Business Bureau for any complaints filed against the company you are considering. This is a growth industry - companies in the business report counseling twice the number of new clients in 2000 than they did in 1990. Accordingly, the Business Bureau reports it has become inundated with complaints. Agencies authorized to use the Consumer Credit Counseling Service name are often a "safe" place to start. Just remember they are all independently run companies and quality will vary.

Avoid High Fees: As mentioned earlier, fees can vary. Martin called a couple of credit-counseling agencies to see how representatives explain their services to the average consumer. Even knowing what questions to ask, he struggled to get straight answers. Be sure to get these answers, however, before you sign up. Avoid programs that charge 100 percent of the first month's payment as a start-up fee

Read All Fine Print: DMPs basically promise you nothing will require you to waive your rights to sue for damages. Know this and read carefully before signing.

Review Your Credit Report: Martin reminds us again that it's essential to review your current credit report and know how a credit-counseling agency will affect your report - will it hurt or help? Especially if you plan to apply for a mortgage any time in the near future, speak with your lender first.

The following is Martin’s advice for consumers who want to tackle their debt problem without contacting a debt counselor:

Beware of Repair Scams: So-called credit-repair services and debt doctors suggest they can erase negative credit reports or, obtain "new" credit by using a new federal tax ID number (instead of your social security number). This is illegal and impossible. The only thing that's really going to repair your credit is time and a commitment to paying bills on time.

Negotiate Directly with Creditors: Don't depend on debt-counseling services; reach out to credit-card companies yourself. Ask for lower interest rates, lower monthly payments or lower fees.

Refinance Your Debt: If your creditors won't budge during negotiations, get approved for lower interest rate cards and transfer your balances. Martin says if you have no payments 60 days or more past due over the last two years, check out cards on bankrate.com.