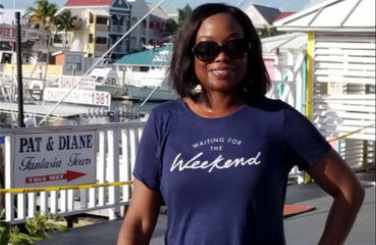 The death of a woman who a family friend says was pinned as a Navy Chief Petty Officer last week is being investigated as murder, CBS Jacksonville affiliate WJAX-TV reports. Police said they received a "medical emergency" the night she was pronounced dead, but they suspect foul play.

Andrea Washington, a 19-year veteran of the Navy and a mom of three, was found dead in a Jacksonville, Florida, home on Monday.  Washington was scheduled to appear in court that day, according to WJAX-TV.

Washington petitioned earlier this month for a domestic violence injunction against a man, saying he pulled a gun on her and that she was kicked, the station reports. A temporary order was granted on September 5, and the next court hearing, set for Monday, never took place.

WJAX-TV asked the Jacksonville Sheriff's Office if the man in the injunction is considered a person of interest. A spokesperson said no new information was available and that the investigation is active.

Friends and family are waiting for answers.