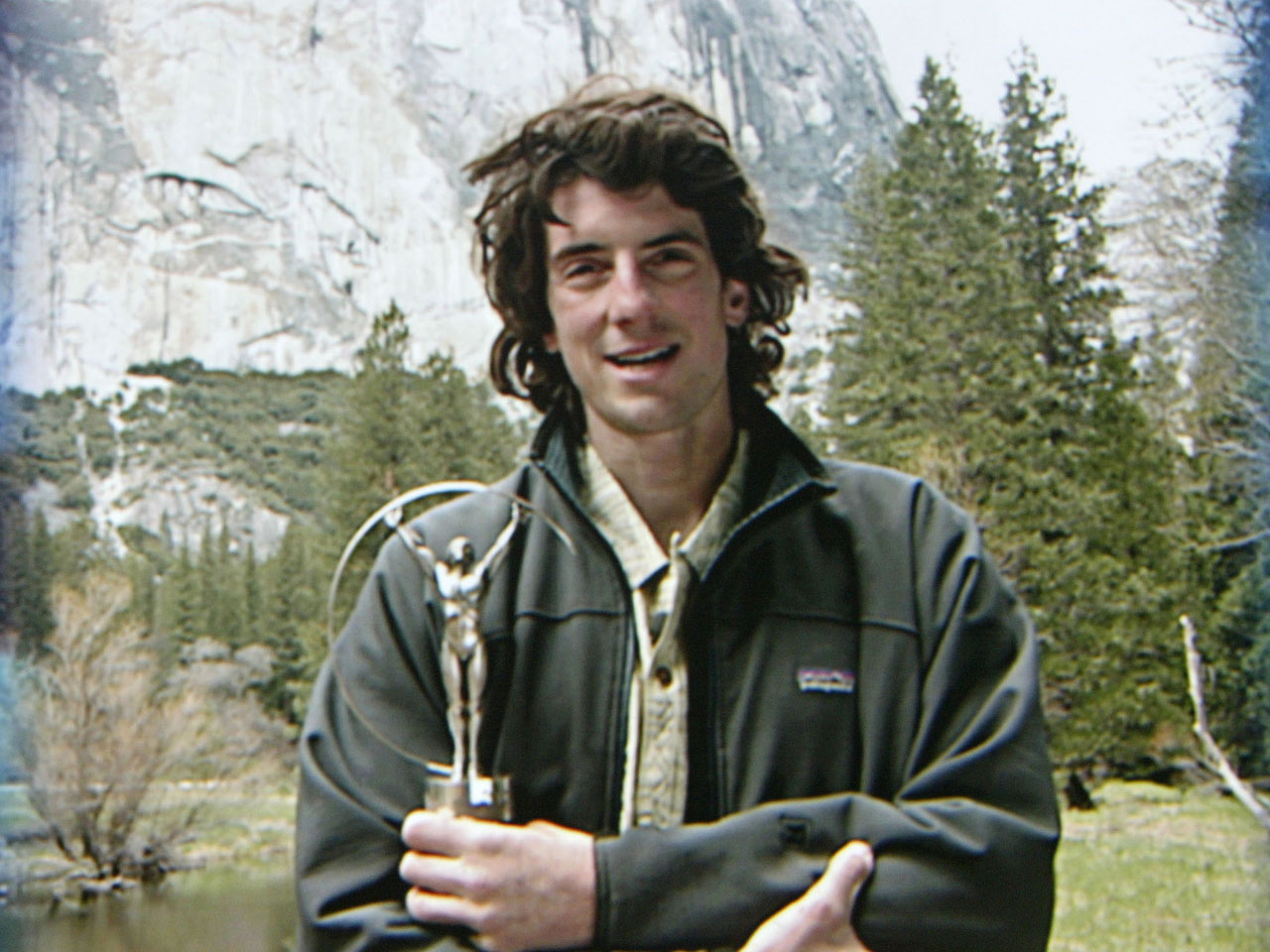 LOS ANGELES -- Dean Potter knew the risks every time he flew off a cliff in a wingsuit.

The extreme athlete lost a friend to a BASE jumping accident last year, and at that friend's memorial service, he spoke about the death-defying nature of the sport.

"He always recognized how dangerous the sport was and at the same time how magical it was -- the tension between those two things," said fellow climber Chris McNamara.

Potter, renowned for his daring and sometimes rogue climbs and BASE jumps, was one of two men killed after jumping from a 7,500-foot promontory called Taft Point in Yosemite National Park.

Someone called for help late Saturday after losing contact with Potter, 43, and his climbing partner, Graham Hunt, 29.

Park ranger Scott Gediman said a search-and-rescue team looked for the men overnight but couldn't find them. On Sunday morning, a helicopter crew spotted their bodies in Yosemite Valley.

The men wore wingsuits - skin-tight suits with batwing sleeves and a flap between their legs - to help them glide. However, parachutes designed to slow their descent had not been deployed, Gediman said.

BASE stands for buildings, antennas, spans (such as bridges), and Earth (such as cliffs and mountaintops) that jumpers can parachute from. The sport is illegal in all national parks, and it was possible the men jumped at dusk or at night to avoid being caught by park rangers.

"BASE jumping is the most dangerous thing you can do. ... Every time you jump, it's a roll of the dice," said Corey Rich, a photographer who documented some of Potter's feats. "The odds are not in your favor, and sadly, Dean pulled the unlucky card."

Potter and Hunt, who lived near Yosemite, were prominent figures in the park's climbing community, Gediman said.

"This is a horrible incident, and our deepest sympathies go out to their friends and family," Gediman said. "This is a huge loss for all of us."

Potter is famous for pushing the boundaries of climbing by going up some of the world's most daunting big walls and cliffs alone, using his bare hands and without ropes. He took the sport to an extreme level with highlining - walking across a rope suspended between towering rock formations while wearing a parachute for safety in the event of a fall.

He drew criticism in May 2006 after he made a "free solo" climb of Utah's iconic Delicate Arch in Arches National Park. Though the climb was not illegal, outdoor clothing company Patagonia dropped its sponsorship of him, saying his actions "compromised access to wild places and generated an inordinate amount of negativity in the climbing community and beyond."

Potter defended his ascent, saying his intention was to inspire people to "get out of their cars and experience the wild with all their senses."

Last year, Clif Bar withdrew its sponsorship of Potter and four other top climbers, saying they took risks that made the company too uncomfortable to continue financial support.

In recent years, he combined his love of climbing and flying with BASE jumping. He also produced a film that chronicled his adventures BASE jumping with his beloved dog, Whisper.

In 2009, he set a record for completing the longest BASE jump, from the Eiger North Face in Switzerland, by staying in flight in a wingsuit for 2 minutes and 50 seconds. The feat earned him the Adventurer of the Year title by National Geographic magazine.

Potter indicated in his writings that he knew the inherent danger of his sport. Last March, his friend and climbing partner, Sean "Stanley" Leary, died in Zion National Park in Utah after apparently clipping a rock outcropping during a BASE jump. Potter was among a group of people who recovered Leary's body.

"Though sometimes I have felt like I'm above it all and away from any harm, I want people to realize how powerful climbing, extreme sports or any other death-consequence pursuits are," he wrote in an October 2014 blog posted on his website. "There is nothing fake about it whether you see it in real life, on YouTube or in a glamorous commercial."

Gediman estimates that about five BASE jumping deaths have occurred in Yosemite. He said he himself watched a BASE jumper leap to her death in 1999 when her borrowed chute failed to open.

The woman was participating in a protest against the National Park Service's ban on BASE jumping.