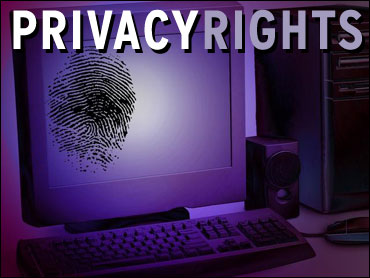 Only 20 years old, Amy Remsberg was a senior in college who had a boyfriend, a job —and a stalker.

In October 1999, former high school classmate Liam Youens waited for Amy outside a dentist's office where she worked. When she got into her car, he shot her nine times and then killed himself.

Amy's parents were devastated. But, what made matters worse was their discovery later that they unwittingly helped their daughter's killer. Amy's mother, Helen Remsberg, say they were the victims of "pretexting," a method of obtaining information through deception, reports CBS News Correspondent Mika Brzezinski.

Youens hired a company called Docusearch to track down Amy's work address. Docusearch then hired a pretexter: someone who called Amy's family claiming to represent an insurance company. That person said she needed Amy's address in order to mail a refund. Docusearch sold that work address to Youens for $109.

"It's perfectly legal," said Docusearch President Dan Cohn. "What we have provided is an opportunity for people to obtain information at a reasonable price."

Cohn, who was featured as a hip "Web spy" on the cover of Forbes Magazine just a month after Amy's murder, makes no apology for his company's actions. "I'm not sure whether you have an absolute right to privacy in all areas," he said.

Privacy is being eroded everyday by an explosion in the information industry. Hundreds of companies are selling sensitive personal information and using deceit to get it.

"What we were surprised at was the scope of the problem," said the Federal Trade Commission's Joel Winston. "It does not seem to be a problem of a few rogue information brokers using pretexting to gain information. It seems to be a much more widespread problem."

Last month the FTC penalized three companies for pretexting to gain financial information, which is against the law. But the Remsbergs say the law should do more. They say Docusearch is just as responsible for Amy's death as her killer.

"We should all be held responsible for our actions," said Amy's father Tim Remsberg. "You call up and pretext someone and something bad happens because of the information that you obtained … You go down."

The Remsbergs know they cannot get Amy back, but now they're fighting in court to hold those who deceive for profit accountable.