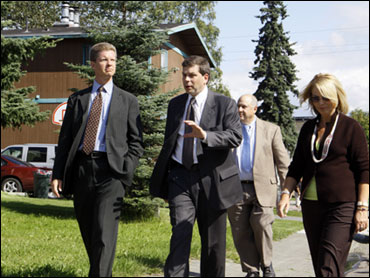 This week marks the 40th anniversary of the Surgeon General's first report on the health hazards of smoking.

Researchers say the results highlight the need for increased anti-smoking efforts directed at girls and women. The lung cancer incidence rate has gone down for men over the last 20 years, but it's leveled off for women.

Senay says the reason for women being at a higher risk than men for smoking is not known yet. The new study from Weill Cornell Medical College is the first to show women actually are at higher absolute risk of lung cancer as opposed to a relative risk, and in the study the researchers tried to determine why.

Researchers looked at possible reasons. The study didn't find the tumor size at diagnosis different between women and men. The cancers weren't less aggressive in women compared to men. The study also explored differences in medical care and whether either sex was more or less likely to seek medical help. They looked at smoking history. But the study didn't find any real explanation for the difference. Some theories are that women may not have the same ability to repair DNA damage from tobacco carcinogens, and there is another theory that a gene on the X-chromosome might put women at higher risk.

Senay says the problem in most cases is the warning signs are not detected until it's too late for a cure.

There is more evidence building up that CT screening is an effective way to detect early-stage lung cancer in smokers and for reducing the death mortality rates. The latest studies show that CT screening picks up the majority of tumors in the earliest, most curable stage when the cancer has not yet spread.

But CT screening for lung cancer is still under investigation. It would not be routinely recommended unless more research shows it actually prevents deaths from lung cancer. For now, a chest x-ray is the screening tool used more commonly for people who have smoked for twenty years or more.

Senay says the best way to prevent lung cancer is to quit smoking. There are plenty of products available to help, she says, and plenty of other programs and techniques to try. Senay says it's never too late, so try them all.