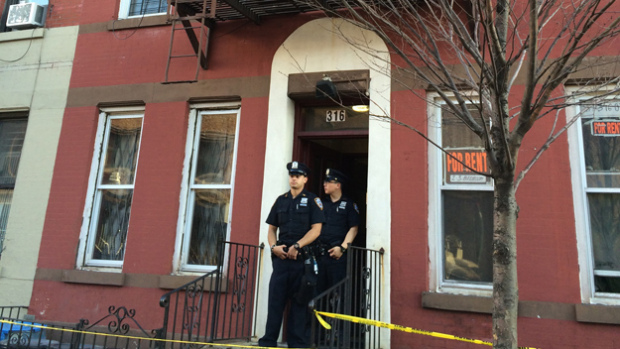 NEW YORK - Authorities are investigating after a 59-year-old man was found dead with his hands and feet bound in his New York City apartment on Thursday, reports CBS New York.

A health care attendant discovered the body at the victim's East Harlem home, according to the station. The unidentified man was reportedly found on his bed with his hands and feet bound by a telephone cord. A towel had been wrapped around his neck.

"He used to hang out on the corner, say hello to everybody. Very peaceful man," neighbor Richard Rodriguez told CBS New York. "He doesn't mess with nobody. He was friendly with everybody."

Steven Goldman, owner of a nearby auto shop, called the victim a "simple-minded guy." Other neighbors speculated that he was perhaps "a little slow," and that someone may have taken unfair advantage of him, the station reports.

"He's very friendly," Goldman said. "He goes out of the apartment every day, walks up and down the block; friendly with everyone."

According to the station, the health care attendant who discovered the body would regularly visit the home, where the victim lived alone.