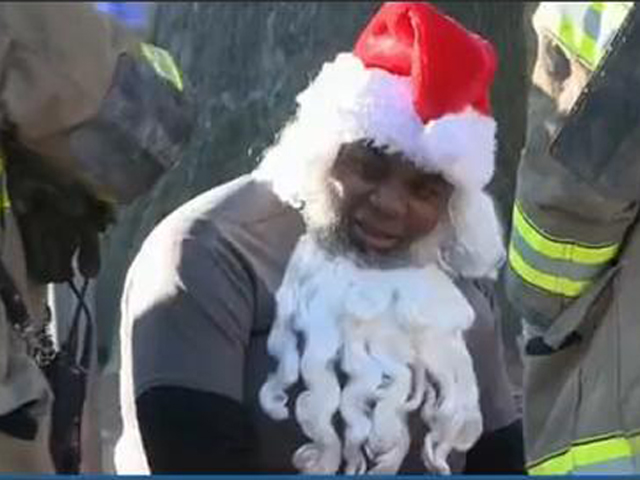 WASHINGTON – A man dressed as Santa Claus in Southeast Washington was hit with a pellet gun twice in the back Tuesday morning during a toy giveaway, according to CBS affiliate WUSA.

The station reports the man was walking down a street when the shots were fired, apparently from a nearby home.

The victim was treated for minor injuries by paramedics who were at the scene while volunteers continued to deliver the toys.

Police were reportedly looking for suspects in the neighborhood but could not search the homes because they did not have warrants.