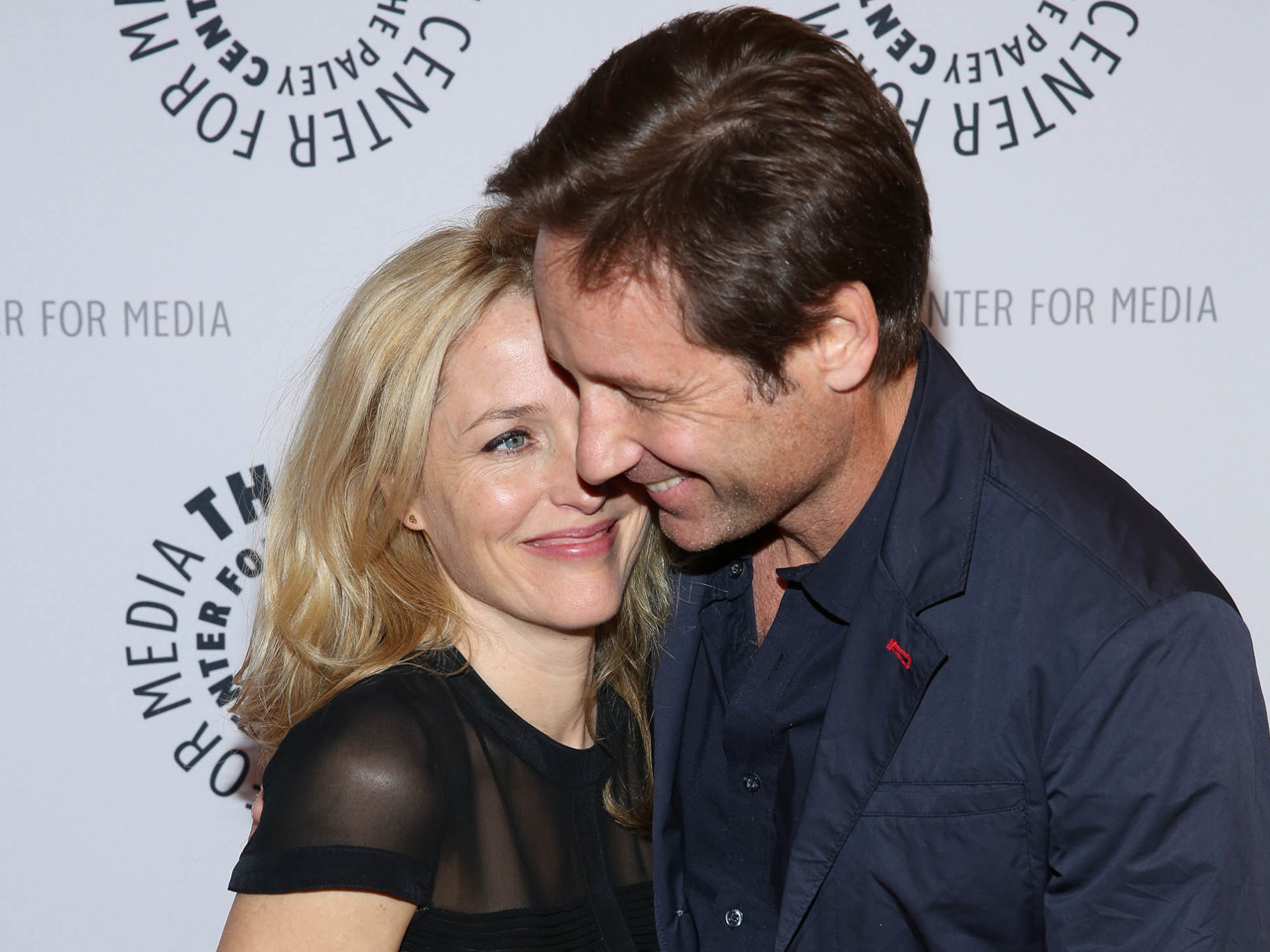 After 20 years, it's possible for the details of a relationship to get fuzzy.

While the two were unsure where they left their relationship in the show and films, the 53-year-old Duchovny and 45-year-old Anderson both said they're open to making a third "X-Files" movie.

When asked where their characters left off, the two weren't completely clear on the specifics.

"Well they (Mulder and Scully) were married the last movie," Duchovny said, referring to 2008's "The X-Files: I Want to Believe."

"Were we actually married?" Anderson asked.

"I believe so. That was my impression," he responded.

Their characters did become romantically involved in the TV series and were a couple during the 2008 movie. However, it was not clear whether they were married.

The both are clear, however, about their interest in another "X-Files" film.

"All the principals are on board," including "X-Files" creator Chris Carter, Duchovny said. "Gillian and I want to do it, so it's really up to Twentieth Century Fox at this point."

Anderson said if fans want another film they should let their voices be heard.

"If it takes fan encouragement to get Fox interested in that then I guess that's what it would be."

An email message sent to Twentieth Century Fox seeking comment on Saturday was not immediately returned.

For an indefinite future, Duchovny and Anderson spent a lot of time over the weekend promoting the franchise. In addition to appearing at Comic Con in New York, they also took part in a "ask me anything" session on the website Reddit.