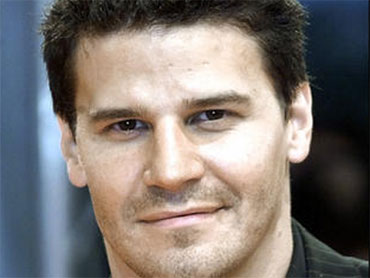 "Bones" star David Boreanaz has admitted to People magazine that he has been cheating on his wife of more than eight years, Jaime Bergman.

"Our marriage has been tainted with my infidelities," the 40-year-old actor tells People. "I just want to be open and honest. I was irresponsible."

It seems, however, that his admission, like most recent revelations, comes as former mistresses step forward.

"I was associated with a woman who I was involved with and had a relationship with," Boreanaz, explained. "She asked for money. I felt as though I was being blackmailed or there was some sort of extortion."

Married in November 2001, Boreanaz and Bergman have a son Jaden, 8, and an 8-month-old daughter, Bardot.

Best known as Angel on the TV series "Buffy and the Vampire Slayer," Boreanaz appeared in the spin-off "Angel" and got his start in TV as Kelly's boyfriend on "Married… with Children." For the last five seasons, he has played Special Agent Seeley Booth on "Bones."

Bergman, 34, is the January 1999 January Playmate of the Month (the 45th anniversary playmate) and the St. Pauli girl of beer commercials. The blonde former swimsuit model also appeared in the movies "Any Given Sunday" and "Daybreak."