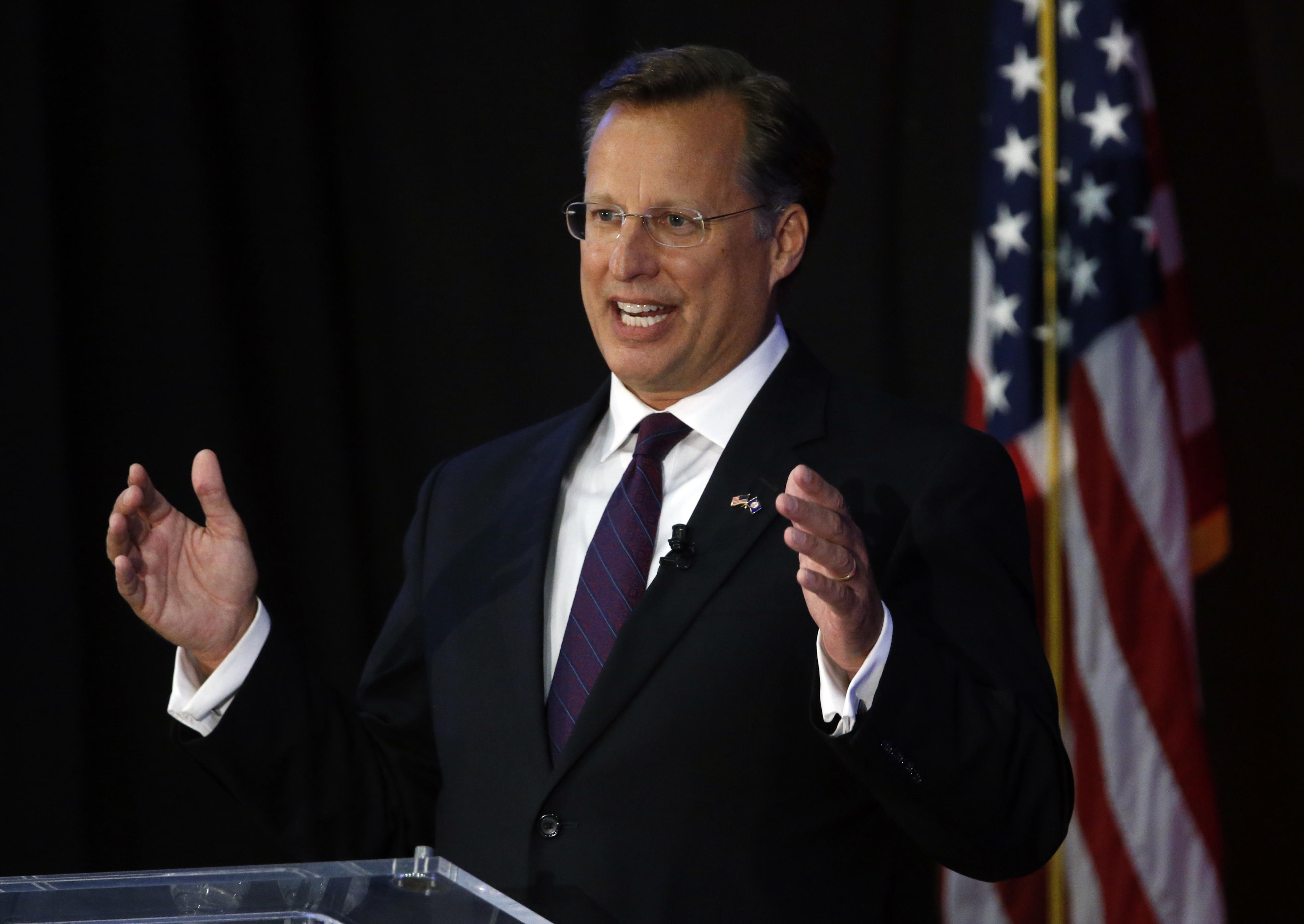 Virginia Rep. Dave Brat, a Republican facing an unexpectedly tight race for re-election, compared the struggles of inmates he was visiting to negative campaign ads against him. Brat made the comments while touring Chesterfield County Jail, speaking to inmates with substance abuse issues.

"You think you're having a hard time -- I got $5 million worth of negative ads going at me," Brat said. "How do you think I'm feeling? Nothing's easy. For anybody. You think -- I'm a congressman -- 'Oh, life's easy. This guys's off having steaks.' Baloney, I got a daughter, she's got to deal with that crap on TV every day. It's tough."

His opponent, Abigail Spanberger has raised nearly twice as much as Brat -- nearly $5 million. The CBS News Battleground Tracker rates that race as a "toss up."

After discussing his campaign woes, Brat walked back his comments at the jail a little, saying that he was not denying the inmates had difficult lives.

"No one's out there that got some easy life," Brat said. "And you've got it hard -- I'm not dismissing that. You've got some real, fierce anxieties."

According to the Washington Post, Brat's visit to the jail was organized by his congressional office and not a campaign event, but he was trying to relate with the inmates by discussing his own struggles.

Spanberger tweeted her criticism of Brat's behavior at the jail Thursday. "It is absolutely shameful for @DaveBratVA7th to compare the hardship of addiction and the struggles of recovery to his campaign. This is an affront to every person in recovery and the Virginians who die daily due to their addiction. #VA07," she wrote.

In a Facebook post published Thursday, Sheriff Karl Leonard of Chesterfield County expressed dismay at how Brat's visit was being portrayed.

"I am personally displeased that an issue that I have worked so hard to prevent from being politicized has now ended up being nothing more than just a political football," Leonard said, referring to drug addiction recovery of inmates. "Never once did Congressman Brat say "vote for me" or say anything disparaging about his opponent at all. That's because this was never intended to be a campaign stop. Unfortunately it has turned it into a campaign issue now."

President Trump endorsed Brat via Twitter on Thursday. "Congressman @DaveBratVA7th is one of the hardest working, and smartest, people in Washington. He is strong on the Border, Crime, the Military, our Vets and the 2nd Amendment. He is a powerful vote for MAGA and loves the Great State of Virginia. Dave has my Total Endorsement!" Mr. Trump wrote.

Brat won his seat in 2014, upsetting then-House Majority Leader Eric Cantor in the Republican primary. Four years later, the once-insurgent candidate is defending his incumbency -- and clearly does is not enjoying being on the other end of the challenge.