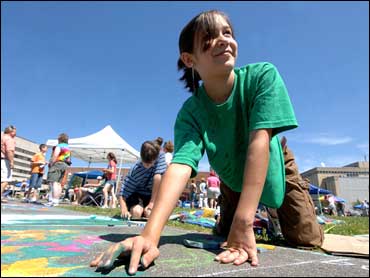 WAUSAU, Wis. (CBS/AP) Many parents with a deathly ill child pray for a miracle. Some even get one. Are their children healed by medical intervention or divine intervention? They'll likely never know.

But the parents of an 11-year-old central Wisconsin girl went a step further. They prayed for their daughter's cure, but refused to see doctors. Why?

Leilani Neumann, the girl's mother told a Wausau, Wis. courthouse Tuesday she believes sickness is caused by sin and can only be cured by god.

"I asked her if she loved Jesus," the mother said of her daughter Madeline's final hours. "She might have said yes. I know for sure she was acknowledging it. What sounds came out, I don't remember. She was making noises. ... My focus definitely was to pray."

And pray she did, along with her husband and another couple. What they didn't do was seek medical treatment for their dying daughter.

Now the courts have been left to decide if her parents are to blame and in the process unravel a host of thorny issues. Did the Neumann's love god more than their daughter? Was their faith misguided? Do parents have a right to ask god for help instead of a doctor?

Leilani Neumann's husband Dale Neumann, 47, is standing trial for second-degree reckless homicide in the 2008 death of his daughter Madeline, whom the parents called Kara.

Leilani Neumann has already had her trial and was convicted of the same charge this spring. She faces up to 25 years in prison when sentenced Oct. 6.

Still she believes she and her husband did the right thing. 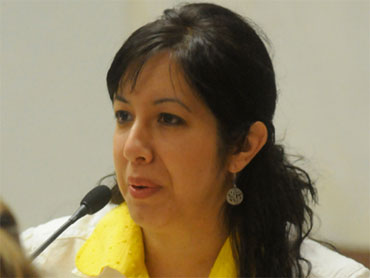 Leilani Neumann told the jury in her husband's trial that she thought her daughter's March 2008 illness was a test of her religious faith and she didn't take the girl to a doctor because that would have been "complete disobedience to what we believe."

Prosecutors contend Dale Neumann recklessly killed the youngest of his four children by ignoring her deteriorating health. They claim Neumann had a legal duty to take her to a doctor.

Leilani Neumann testified for nearly five hours Tuesday, describing the events leading up to her daughter's March 23, 2008, death on a mattress on the floor of the family's rural Weston home as people surrounded her and prayed. Someone called 911 when she stopped breathing.

The mother said that she and her husband believed their daughter's deteriorating condition may have been the result of a falling out with another couple, and called them once the girl was unconscious and persuaded them to come pray for the girl

The family does not belong to an organized religion, and Leilani Neumann said they have nothing against doctors. But, she said, she believes in spiritual healing and viewed Madeline's March 2008 illness as "something spiritual."

Leilani Neumann also said that she did not realize her daughter was seriously ill until the day before her death, when the girl was weak and pale and had trouble speaking.

She said she never once believed the girl would die.

"We thought even the lifelessness was something that she would come out of," the mother said. "Everything for us is about faith. It is about trusting in God. We either believe in God's word or we don't." 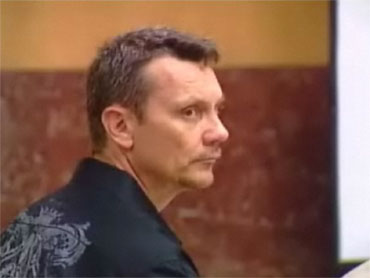 An expert on pediatric diabetes told the jury Monday that even right before her death, doctors might have been able to save the girl's life had she been brought to a hospital.

The mother, who was raised Pentecostal, testified that her anxiety attacks and allergies both were healed by God. She said her daughter also believed in spiritual healing.

"Kara would say, 'Whenever I started to get the sniffles, I would just start praising the Lord and they would go away,"' Leilani Neumann said.

Jennifer Peaslee, a regular member of the Neumanns' Bible study group, testified Tuesday that she and her husband went to the Neumanns' home the day Madeline died and saw her laying on a bathroom floor unconscious after getting a sponge bath. Peaslee said she tried to talk to the girl but got no response.

"I was shocked," Peaslee said. "I didn't expect to see her in that condition."

Still, she said she never considered advising the family to get the girl to a doctor.

"It wouldn't have made a difference. The Neumanns both believe in the power of prayer over medical doctors," Peaslee testified.

Althea Wormgoor testified she and her husband Randall had the falling out with the Neumanns, in part because of disagreements over their interpretations of the Bible. She said the couple reluctantly went to the Neumanns' home the day Madeline died.

"At one point, Leilani put her hands in the air and said, `Oh Lord, you can heal diabetes. You can heal cancer," Wormgoor testified. The mother expected her daughter to come back "10 times better" as God showed his power, Wormgoor said.