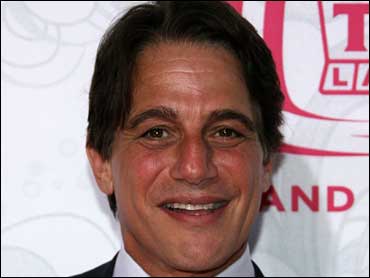 Tony Danza will reprise his lead role as Max Bialystock in the Las Vegas version of Mel Brooks' hit Broadway show "The Producers," he told The Associated Press on Monday.

"I love the part," said Danza, a former star of TV's "Taxi" and "Who's the Boss," who signed to take over Aug. 13 as the down-on-his-luck theatrical producer who hatches a wildly successful play despite his best attempts to fail.

"My take is, I think Max is a likable guy," Danza said by telephone from his home in Los Angeles. "Sure he's up to no good. But it's almost like he can't help himself."

Mel Brooks, who wrote the play based on his 1968 movie about a pair of con artists who overfinance a Broadway musical in the hopes of producing a flop and making off with the investors' money, called Danza perfect for the show.

"I think for Vegas, you need a show that has a lot of laughs and a lot of legs," said Brooks, 80, one of the few people to have won Oscar, Emmy, Grammy and Tony awards.

Danza, 56, was one of the Maxes in the long Broadway run of the show, which opened in 2001 with Nathan Lane as Max and ended April 22 after 2,502 performances.

The Las Vegas version, pared to 90 minutes, has been playing since Jan. 31 at the Paris Las Vegas hotel-casino.

Danza's 18-week engagement is for 126 shows, ending the week before Christmas. Terms of his contract were not made public.

Brooks said he expects Danza "will be a terrific draw."