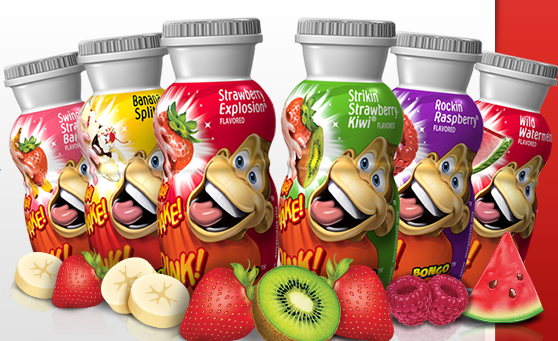 Dannon says it will cut back the amount of sugar in its yogurts intended for children.

One of the goals outlined is to have all its yogurts for kids -- such as Danimals - contain 23 grams or less of sugar per 6-ounce serving. Currently, the company says only 30 percent of its yogurt for kids meet that standard.

The move is part of a variety of measures the company is taking to improve the nutritional content of its yogurts by 2016. The plans were announced Friday with the Partnership for a Healthier America, which was created in conjunction with First Lady Michelle Obama and works with the private sector to address childhood obesity.

For yogurts aimed at adults, Dannon says 70 percent of its products will meet that threshold for sugar, up from the 62 percent. The company is also committing to having 75 percent of its yogurts be low fat or fat free by 2016, up from 68 percent.

The World Health Organization recently announced no more than 5 percent of people's daily calories should come from sugars. For an adult with a normal body mass index (BMI), that works out to 25 grams of sugar per day.

Philippe Caradec, Dannon's vice president of corporate affairs, said Dannon will reach the goals through a mix of measures including the introduction of new products, reformulation of existing products and the discontinuation of others.

He pointed to the reformulation of its Danimal Smoothies for kids last year as an example of how the company would achieve its goals. The two-year process, which included the selection of cultures that aren't as tart, resulted in a 25 percent reduction in sugar content.

"The children loved the product," he said, adding that he doesn't think they can tell the difference. Using the same methods, the company recently introduced a new yogurt for kids called Super Stars that meets it new standards on sugar.

The moves could also help boost the company's sales, given the trend toward foods people feel are healthier for them.

As part of its announcement, Dannon says it's also investing $3 million in nutrition education and research.

Other campaigns recently announced with Partnership for a Healthier America and the first lady include Subway agreeing to only offer a kids' menu that mirrors federal standards for school lunches, and produce companies being allowed to use Sesame Street's characters free of charge to promote eating fruits and vegetables.

Ways to boost bone health as you age

Doctor warns about dangers of vaping
Thanks for reading CBS NEWS.
Create your free account or log in
for more features.
View CBS News In
CBS News App Open
Chrome Safari Continue
Be the first to know
Get browser notifications for breaking news, live events, and exclusive reporting.